XRPL Labs is the name of the new company formed by Wietse, Tristan, and Ali, three prominent XRP Community developers.

To describe me as excited when I learned that the three joined forces in October of last year would be an understatement.   Each one had already developed components or full-scale applications on the XRP Ledger independently, showing a certain level of entrepreneurship, creativity, and initiative that is so highly prized among the various crypto communities: 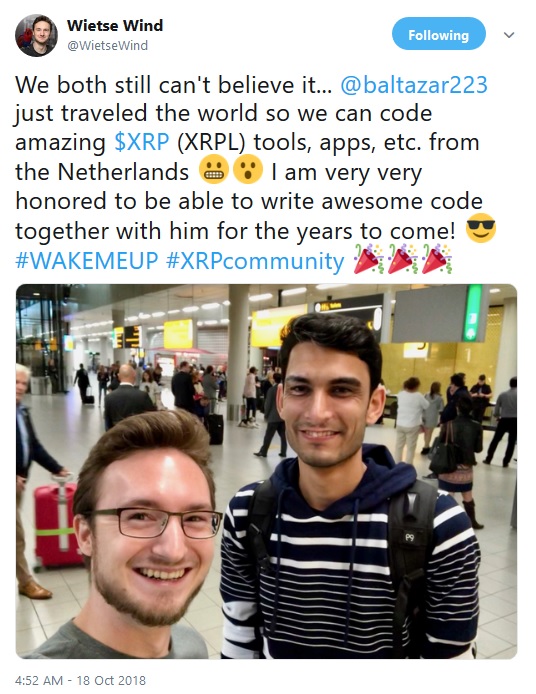 Note that on Twitter, which is where the bulk of official corporate and business announcements seem to occur these days, the avatars for each are as follows:

Even before teaming with both of them, WietseWind rose quickly through the existing ranks of XRP Ledger community developers to claim the top spot in terms of end-users and applications, with his shining star being the XRP Tip Bot.

If you're new to XRP, you may be wondering, who are these people, and why is Hodor so excited?

The answer lies in a combination of both their professional background, and the catalog of work they've already completed independently before forming their new company.   Here's a little bit about each one of them: 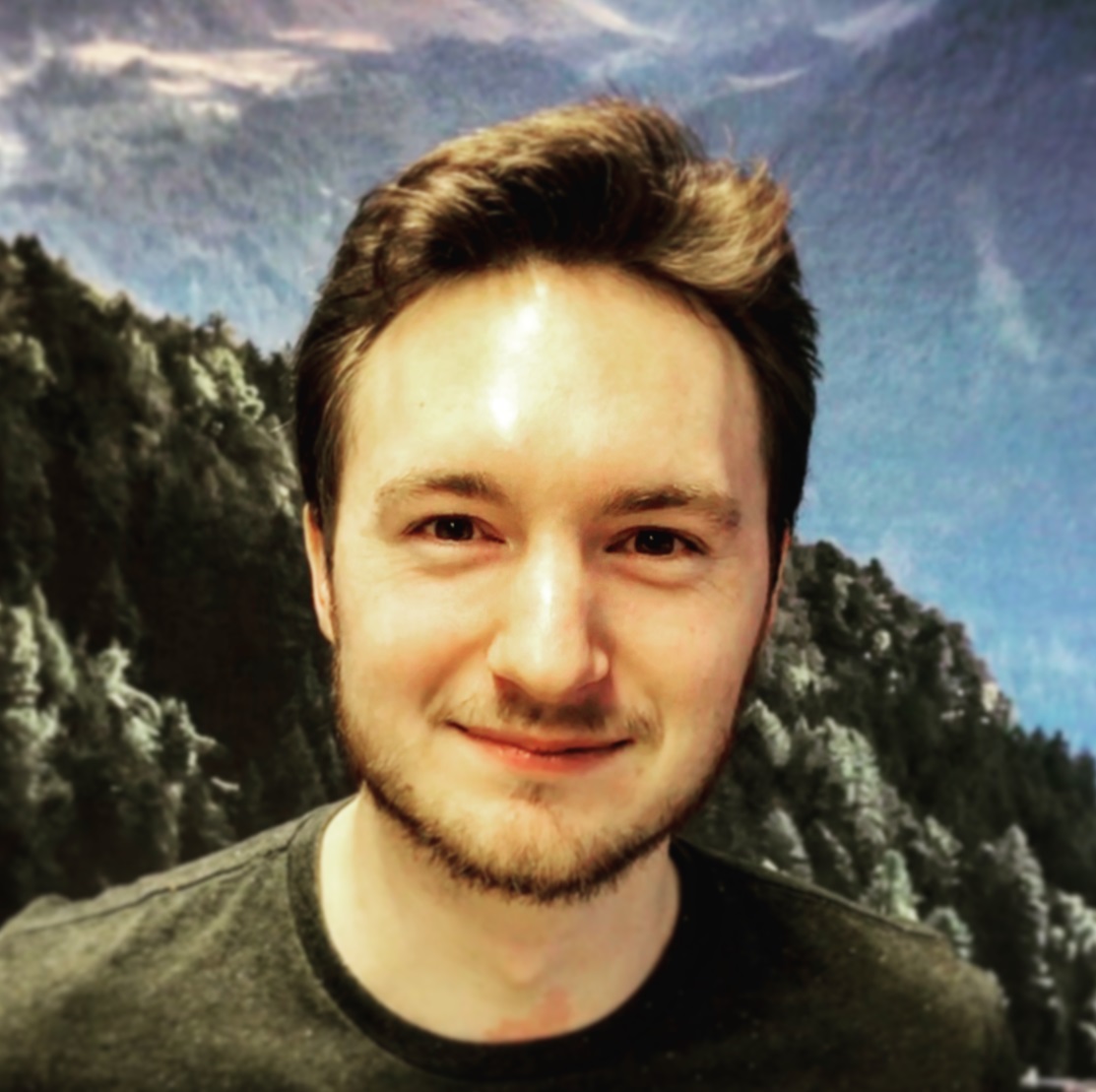 Wietse Wind:  Wietse Wind was something of an actual 'coding prodigy,' having started repairing school computers and writing his first programs at age ten in the Netherlands.   He started his first business at age fourteen, developing an Internet application for a large Dutch supermarket chain.

After leaving college, like so many entrepreneurs, the draw of opportunity was too much to bear:  He started his own company, which at different points employed up to fifteen people.   The company developed and deployed software accelerators for others, which essentially allows developers and companies to be more efficient in code generation.

Wietse stumbled upon the XRP ledger in 2017, and was inspired by the efficiency, accessibility and on-ledger functionality.  With unconstrained enthusiasm, he started to develop and publish open-source code, samples and tools for the XRP community and other developers and companies.

From a technical standpoint, Wietse has experience with digital security, web applications, and has experience working with VueJS and Vuex frameworks.   He’s developed many applications ‘built on XRP,’ and is arguably the most prolific XRP community developer in the history of the network.

As the founder of XRPL Labs, he’ll be handling overall development, research, and the business side of the project, including community contact and partnerships. 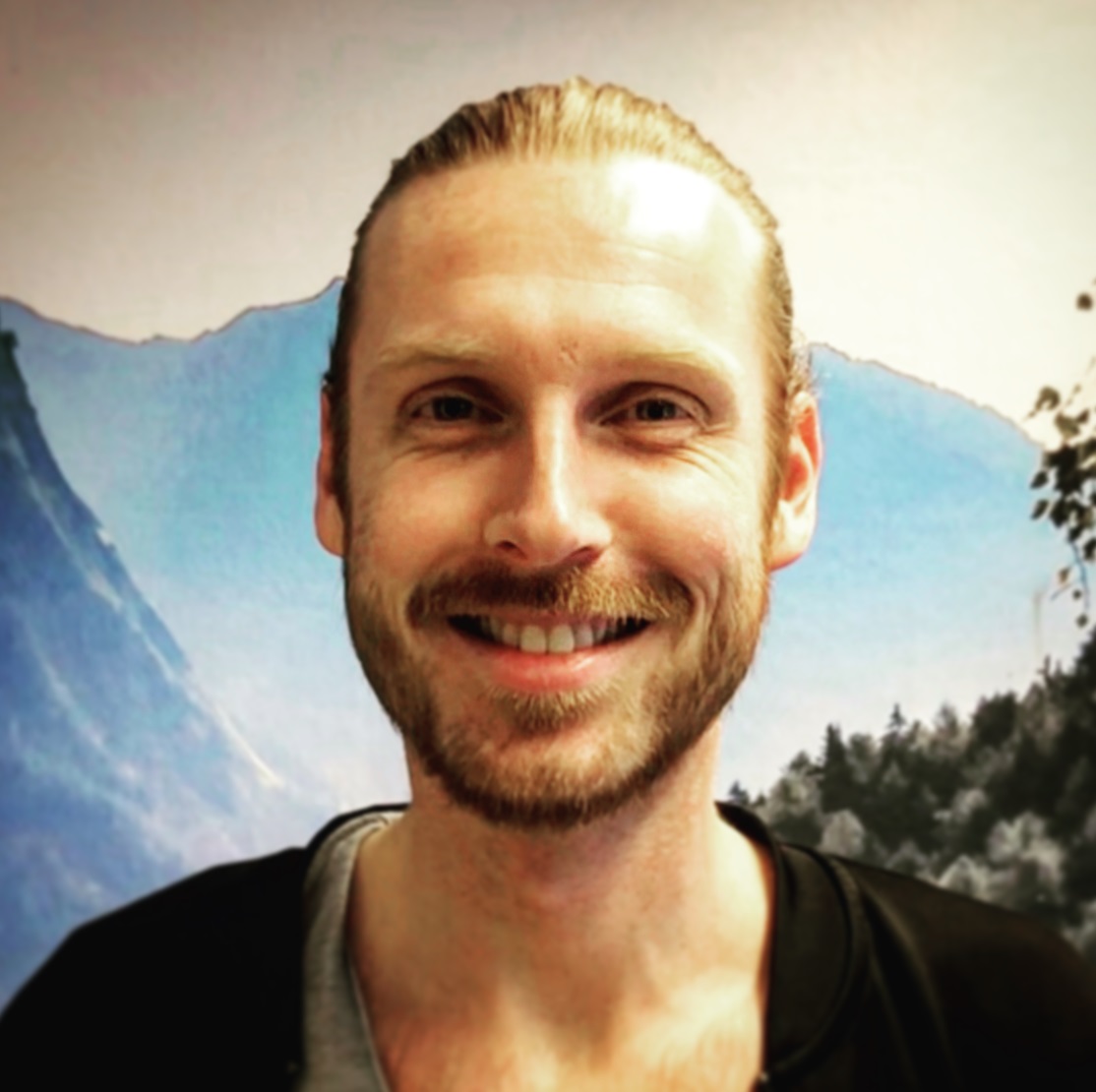 Tristan:  Tristan provided me with a quote that communicated his brimming enthusiasm about XRPL Labs:

"...  We are going to work on some really cool XRPL projects where I can combine my skills to make sure these are easily accessible for everyone.  I look forward to design and making smooth, working applications!"

Tristan is an experienced JS and Web front end developer, with specific experience with VueJS and Vuex web applications.   He’s worked with Wietse on various other, non-crypto projects for more than ten years.

For XRPL Labs, he’ll be responsible for designing and developing all of the front-end pieces that address user experience. 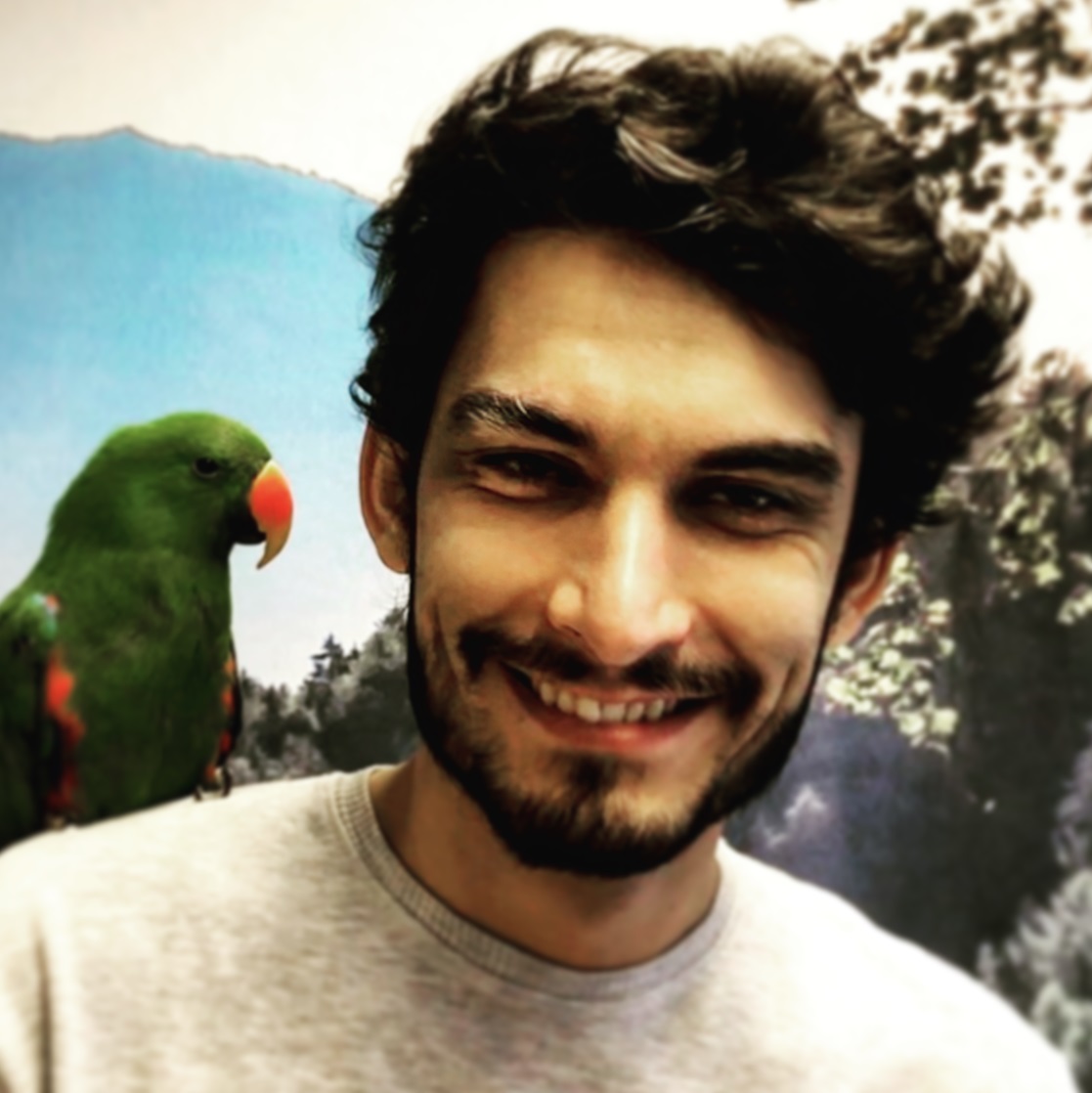 Ali:  When I asked about his background, here's some things he noted:

"I left my home country and moved to another country to work with Wietse and Tris.   I did that because I believe great things will be happening in the future with this group.

I want to confirm that I can code in HTML.  (joking) I code in many programming languages, and can say I'm a jack-of-all-trades.  I have (a lot of) experience in web applications security.

There are many reasons that I like to build stuff on top of XRPL, but the biggest one is that XRP has great community members.   They help you when you need help, and I'm proud to be part of it."

In terms of specific technologies, Ali worked with the security pieces of various web applications, and has specific experience with the React Native & Linux stack.   He’s also developed self-initiated projects ‘built on XRP,’ using both the Interledger Protocol (ILP) and the XRP Ledger.   For XRPL Labs, he’ll be handling the security portions of web application integration, including components that interact with ILP and the XRP Ledger.

Their first project will be something that the XRP Community has been craving for a long time;   a way to access the XRP Ledger's functions safely and securely, with a tool either built directly by Ripple, or in this case, indirectly sponsored by Ripple via the Xpring initiative.

The project that the team is embarking on has two main goals:

Signing Platform (App):   This is an iOS and Android App for XRPL Interaction & Signing.   It's the main component of the project:  An application that supports real-time access to the XRP Ledger.   A user can access their funds on a mobile device, send and receive both XRP and IOUs, and many other functions.

It will serve as a platform to allow third-party developers to create tools that allow users to easily sign a transaction without having to entrust their secret key to anything other than this application.  The goal is to securely support rich integration with other sites and web applications.

Additional unique features are currently under consideration by the team as well, such as on-ledger encrypted messaging using Diffie-Hellman keys

Cold Storage OS:  This will contain a rich set of Offline Tools.   The component has a long name given to it by the team, which is more simply thought of as a “cold storage operating system.”   They call it an “Offline, Air Gapped, command line (wizard based) XRPL toolkit.”   You get the picture:   this is the ultra-secure application that XRP fans can use to create or manage cold wallets.   I’ve seen some screenshots of this application, and it is very impressive!   I can’t wait to use it to manage my own offline cold wallets.

Decentralized Exchange UI:  This piece is a public, open-source DEX user interface.   It's is a web-based mode of accessing the XRP DEX, allowing users to create, check and cancel their offers, view (and export) their trade history, browse and discover issuers, set trust lines, and other supported functions.

The individual components are designed to seamlessly integrate together, with an emphasis on a secure, yet easy, user experience.   For example, consider the DEX component:   Users can use this component with only their account address, but to submit transactions (cancel offers, create offers, set trust lines, etc.) they can use the “Signing Platform (App)” to sign and submit the transaction.

The offline tool is built with an emphasis on security, but it has an intuitive interface that most users can understand and appreciate.  It effectively shields users from most of the complexities currently associated with cold wallet management.

All project components will be released, along with all associated updates, in the next two years:  The first releases are planned for just months from now.

XRPL Labs will have its own website and social media presence, and will be a hub for all formal communications related to the company.   This includes a new Twitter account that the team quickly acquired, as well as the website that bears their company name:

If you haven't done so already, it's worth giving their Twitter account a 'follow' so you can stay up to date on the latest developments from their new company.

The website is in its first iteration, and contains project information, team contacts, and also the links to specific Github repos for community developers looking to access some of the open-source tools and code.

There is no doubt that the site will be bookmarked by more than one community developer looking to access the tools and components that the team is creating;  I might even have to start up a hobby project of my own based on their platform(s).

Ripple has set aside a massive amount of funding for businesses that will use XRP in some capacity, in an effort to champion the usage of the digital asset that it uses in its liquidity sourcing solution for banks.

Thus far, they've invested in a wide variety of projects, each one propelling the ecosystem of XRP upward and outward.   This includes Omni, a sharing application that allows renters to be paid directly in XRP, so that no matter which country they're in, they can receive a fungible digital asset as payment.   It also includes Coil, the company founded by Stefan Thomas, that seeks to help artists and other creative people realize economic rewards for their Internet content.

And recently, we've seen Ripple make additional investments through Xpring, including a company that wants to transform the music industry by helping artists monetize their work.   They've also shown a very strong interest in the technology behind the tokenization of securities and derivatives, with investments in Securitize and Dharma.

And yesterday, on February 13th, we learned of their investment in XRPL Labs, the start-up based in the Netherlands: 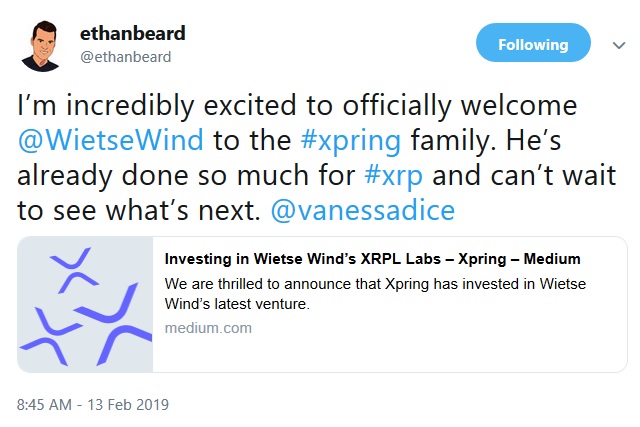 With their investment in XRPL Labs, Ripple is supercharging the projects that have the most direct and personal impact with the XRP Community - those of us that wish to immediately start using XRP and help champion its adoption among friends and relatives.

Wietse is planning an AMA session to answer questions about XRPL Labs, its first project, and other topics:   He indicated that he'll be releasing more information about the AMA soon.

The Future of XRP & XRPL Labs

While I've been impressed by the vision behind Ripple's Xpring investments, this latest project feels more personal for me;  in late 2017, the community was still growing, and I was doing my best to get the word out about XRP and its benefits among crypto groups where discussions were being held.   I did my best to connect people to each other in the community, forming alliances and teams spontaneously through social media platforms.

Generally, however, I was distrustful of others online, because not only is it "the Internet" where accurate information and quality individuals are difficult to identify, but it's also "crypto," where you have to be cognizant of security.

However, my fascination with a positive and energetic account called "Pepperew" started to take hold, especially after he managed to code a 'tipping' application on Reddit.   I decided to send some of my zerps to the application and help start things off.

While none of us can take credit for Wietse's creative genius, many of us feel connected to his successes as they occur.

In a way, WietseWind sees the future more clearly than most of us.  His un-checked enthusiasm and flair for accelerated coding inspired two other developers to go "all in" on XRPL Labs, and no wonder;  just look at what he was able to accomplish as one person.   With three people comprising a greater team, the possibilities are mind-boggling.

XRPL Labs will create its amazing future in parallel to that of the XRP Community.  We couldn't ask for better champions that truly understand what it takes to connect people with technology in the right way;  securely, intuitively, and without limits. 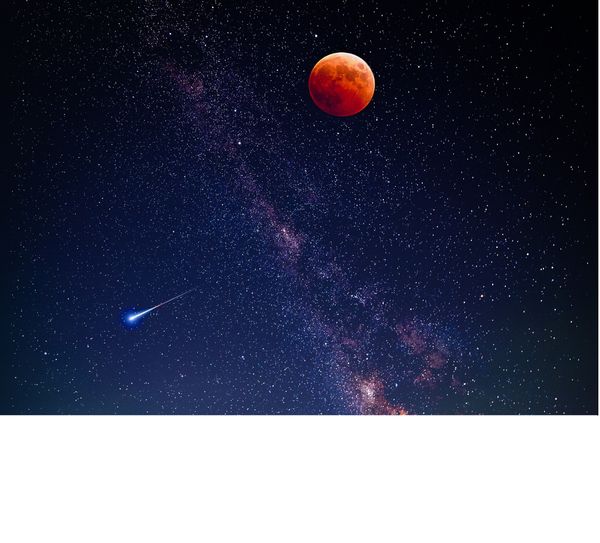 We want to believe.   And it seems that, in the case of at least some of the promises made about decentralized cryptocurrency, there may be reason to believe after all. 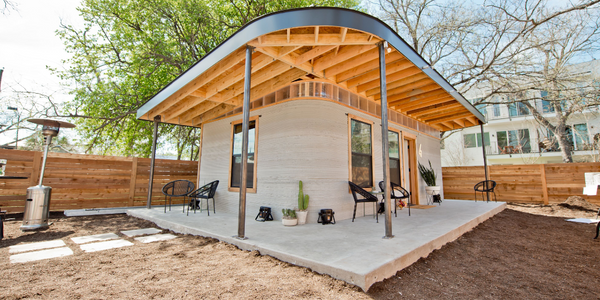 3D printing and XRP are two state-of-the-art technologies that share common denominators like speed, scalability and the potential to change the world by disrupting traditional methods in home-building and cross-border payments respectively.