Adherents of decentralized money have long visualized a future world, years hence, where money can flow as easily across the Internet as information; where personal property and its disposition is guaranteed by cryptographic algorithms, not by the whims of a central authority.

The first try at decentralized 'Internet money' was Bitcoin, the oldest cryptocurrency.

It relies on proof-of-work competitive mining, an obscenely-inefficient and environmentally-destructive approach to network security. It cannot scale, having an on-chain limit of approximately six transactions per second. Worldwide. 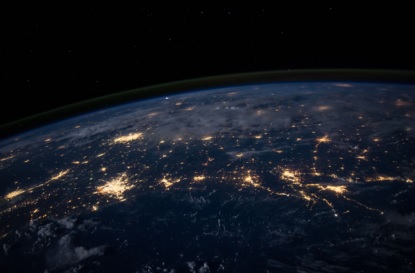 In the event that some readers don't already know it; six transactions per second is atrocious. VISA, a centralized payment processor, can handle tens of thousands of transactions per second. And any true 'globally-scoped' digital asset would need to be able to exceed this to be adopted as a means of high-frequency value transfer.

The answer is XRP. XRP's on-chain speed is a legendary 1,500 TPS, but that's not what makes it scalable; it's an option called 'Payment Channels,' which is baked into the protocol itself. This allows organizations to process trillions of transactions per second if necessary, while settling summary transactions on the ledger.

On top of this, ILP can work with these Payment Channels to process streaming XRP payments; this is the exciting future of real-time settlement:

While credit card companies may not like what real-time settlement will do to demand for short-term credit, ordinary citizens will benefit substantially from it, as will the worlds' economies. The velocity of money will increase, as will the investment cycle. No more waiting days for money to settle: As soon as money is received it can then be used to make further purchases, or to invest in something new.

And only one digital asset has the championing organizations that have already demonstrated this ability to scale 'in the wild:' XRP

Starting in 2017, the Federal Reserve Faster Payments Task Force prompted many companies and banks to submit proposals for a nationally-scoped faster payments system.

Ripple was one of those companies that responded, along with groups of large banks and other high-tech companies. In the mix was a system called 'The Clearing House' as well, which is currently used by a number of larger banks in the US.

But the Federal Reserve, at the conclusion of their exploratory effort in 2017, announced that it would be satisfied to 'let the market decide' on what direction to go in, subject to the goals outlined by the Federal Reserve. It was unclear at the time whether the Federal Reserve would eventually adopt a private solution, or contract to have one built.

And now, due to several contemporary factors, among which I'm sure Facebook's recent publishing of the 'Libra' whitepaper is included, the Federal Reserve seems to have grown impatient, and on August 5ᵗʰ, announced their plans to create a real-time gross settlement (RTGS) system of their own:

The plans have caused many to speculate about whether or not Ripple technology will be included in their solution. In the public announcement, Federal Reserve Governor Lael Brainard indicated that one of the benefits would be:

In her statement, Lael Brainard emphasizes that the new platform would offer 'nationwide access' and be a 'neutral' one that would encourage innovation and open usage, thereby leveling the playing field for new technology.

My guess is that the large money center banks that currently enjoy a disproportionate share of inter-bank transfers will not like the news, but the announcement cannot be delayed any further, lest the U.S. fall irreparably behind other countries internationally when it comes to real-time settlement.

And she's correct; analysts from American Banker agreed with that assessment, but also noted that some stakeholder groups may not be signing on yet due to concerns that their own needs may not be successfully addressed by the new system. It sounds like this announcement was only the first public-facing message about the new system in what will probably be a long series of communications.

In addition to the recorded presentation by Lael Brainard, the Federal Reserve also created online content about the new system: FedNow Link

Here is a good summary of the FedNow service, as described on that page:

I recommend taking a look at this online resource; the announcement of the new FedNow service by the Federal Reserve marks a historic decision that will have, in my view, far-ranging, positive implications for the US economy.

As a public company, each quarter it performs the step of having the CEO methodically report the summary financial results. For the second quarter, MoneyGram beat the market estimate on 'earnings per share,' however its money transfer revenues decreased significantly in that same time frame.

The earnings call also focused in on the high-profile news of Ripple's massive investment in MoneyGram, providing a significant positive highlight during the presentation by Alex Holmes, MoneyGram's CEO and Chairman of the Board, respectively:

MoneyGram indicated that for more than half of their remittance corridors, they were able to achieve year-over-year transaction growth, and that one area with fast growth is their international online transaction volume.

Eventually, Alex Holmes covered the topic of Ripple's investment, and revealed that MoneyGram had, so far, activated $30 million of the total $50 million dollar cash-for-equity deal. The slide also emphasized:

He was referring to his co-presenter on the call, Larry Angelilli, the Chief Financial Officer (CFO) for MoneyGram.

Another part of the presentation that left an impression on me was Alex Holmes's emphasis on 'customer experience.' he discussed some of the improvements that the company made to its ability for agents to more easily communicate, and believes this will be one differentiator between MoneyGram and its competitors.

Listening to him talk about the importance and focus on customers reminded me of Ripple's uncompromising emphasis on quality and cutting edge software; my guess is that the culture of the two companies will match up nicely in the long run. Even though the partnership is only at the beginning stages, I'm very excited and enthusiastic about the possibilities that lie ahead for the joint enterprise.

The public face of SBI Holdings has consistently been its CEO, Yoshitaka Kitao. Like any large corporation or business, however, other executives will sometimes step in and conduct interviews, especially in coordination with other important announcements.

Such was the case on August 1ˢᵗ, when Tomohiro Yamaguchi, an Executive Managing Director at SBI sat down with ChainTalk, a YouTube channel that focuses on blockchain topics, including cryptocurrency:

ChainTalk asked him about his professional background as a starting point, and Tomohiro Yamaguchi responded by sharing some of his own history, along with that of SBI's. He also talked about how xCurrent was reducing costs for SBI's remittance business.

What struck me as the most fascinating point, however, was that Tomohiro Yamaguchi consistently brought up the importance of linking successful business ventures with positively changing society. He mentioned this on more than one occasion:

He tempered these words with an emphasis on how important compliance was to the entire process, and then covered additional topics, including competition, bank adoption, and his perspective on decentralization trends.

Unlike many 'softball' mainstream media interviews, this one by ChainTalk asked the tough questions, and covered the important topics that XRP traders and long-term holders want to hear. I recommend spending some time watching this half-hour video.

The University Blockchain Research Initiative, or UBRI for short, is Ripple's investment program for post-secondary education. The initiative's goal is to:

To this end, Ripple has provided financial support to thirty-three colleges and universities worldwide, including two recent additions, Kyoto University and the University of Tokyo.

In the post, @crypto_deus looks at each instance of a UBRI donation, and then analyzes some of the specific program updates or curriculum additions that have resulted from the initiative. It's a detailed and thorough analysis about each individual member of the UBRI, and I'm sure that some XRP stakeholders that have careers in post-secondary education will be interested to learn a bit more.

The XRP Ledger does not subscribe to incentives for validator operators. Instead, the only incentive is for stakeholders in XRP to run their own validators for purposes of making the network stronger. These stakeholders include businesses that use XRP, or that own a material amount of XRP.

This approach - not using incentives - is predicated on the observation that most monetary rewards will eventually result, unfortunately, in a centralized end-state of the network. This concept is discussed at length in a blog written by David Schwartz, Ripple's Chief Technology Officer.

Typically, businesses that use XRP in their business or application are motivated to run a validator for practical reasons as well, such as the ability to manage the nature of all of their own connections to the XRP Ledger. Sometimes the two 'public servers' that Ripple runs become overwhelmed by network requests, and its wise to access the network through a separate means. This is accomplished if the same business decides to operate its own XRP validator to reach the network.

On July 31ˢᵗ, both Omni and Coinfield, two very different businesses that use XRP, decided to run their own validator: 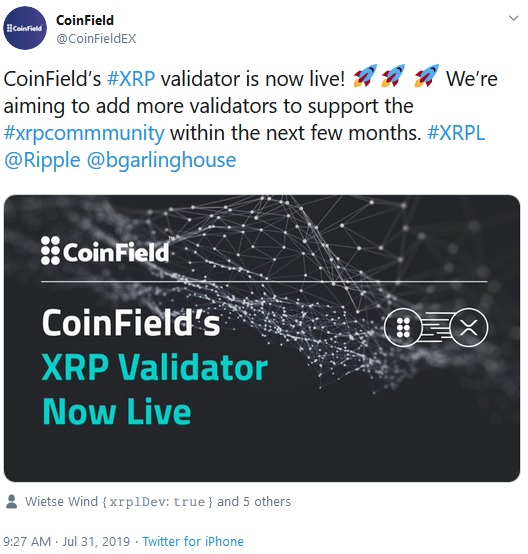 Coinfield is an exchange based in Canada, and Omni is a start-up company based in California that allows people to rent out their personal property.

It's great that both Coinfield and Omni are running their own validator, as it allows each of these organizations to handle their business in the most efficient manner; by pointing their platforms to their own servers instead of being dependent on the availability of the two public servers that Ripple runs. Kudos to both of these businesses, and hopefully their decision is the first wave in a trend of stakeholder 'XRP' - related businesses running XRP validators.

CEX is a UK-based exchange platform established in 2013, and the team boasts that their customer rolls exceed one million users.

On July 30ᵗʰ, the team announced that they'd added an XRP/GBP pairing to the exchange, which provides an additional GBP on-ramp for those in the UK looking to trade their fiat money for crypto - and for XRP, specifically.

It's good to see another UK exchange support XRP trading, as it will deepen the potential liquidity pools for an important market.

DOBI is the name of a relatively new Chinese-based exchange that has decided to specialize in two niche areas of crypto trading: ATMs and wearables.

While we've heard quite a bit over the years about the potential importance of convenient ATMs across various areas, and their potential for taking crypto adoption beyond its previous boundaries, the concept of crypto 'wearables' is new to me. On August 4ᵗʰ, the company announced that they'd be supporting XRP pairings on their exchange.

It's not clear if DOBI adds support for all products for a 'newly-supported crypto' or if it focuses on what's offered in its ATMs; in any case, it's good news for XRP, as the team indicated that they'd be adding two currency pairings: XRP-BTC and XRP-USDT.

Scale to the Future

The digital asset that can support trillions of transactions per second is the one that will be used the most worldwide.

XRP is this digital asset, because it possesses all of the technologies necessary to achieve scalability; its ecosystem of technologies, such as Interledger, Coil, and Codius, all work together to make this happen, and they are just getting started.

Keep up to date on XRP and all of the crypto news impacting its adoption and use by subscribing to my blog on Coil; and remember to support others in the XRP Community as well!

Art: Thanks to NASA (globe) and Rui Matayoshi (cover) 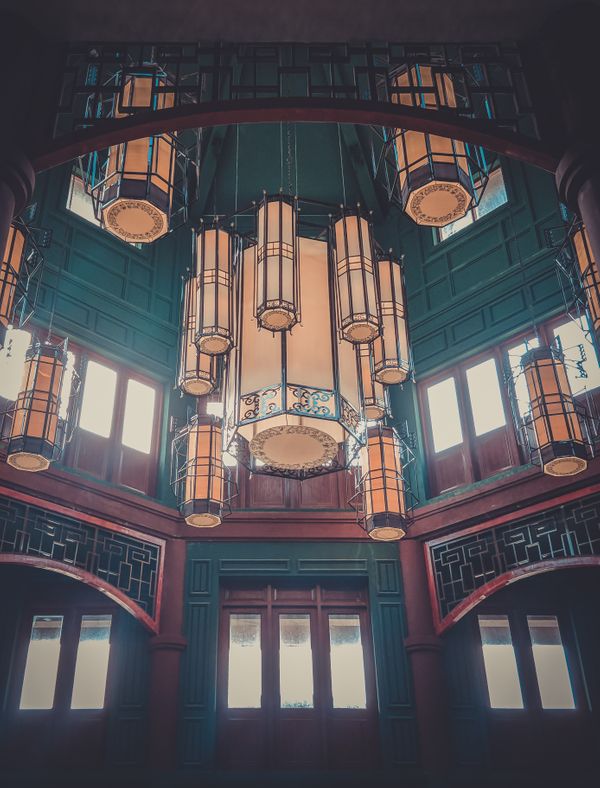 If you trade crypto, you know by now that speculative demand far out-matches the demand from utility. For the moment. When we look at the latest xRapid volumes, they are 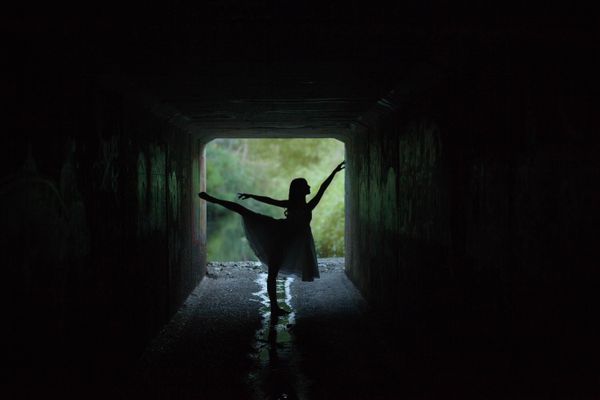 The terminology used was carefully chosen to reflect a concept. His tweet was one of many in the previous week that centered around a large-scale communication effort by Ripple to