In crypto, the last two weeks before SWELL has been a potpourri of news related to XRP and Bitcoin...

You’ve been seeing a lot of different headlines recently about SWELL.  It’s been hard to miss yet two more forks of Bitcoin on the horizon…  And then let’s not forget the official first production usage of Ripple’s xRapid solution – the Ripple banking software that uses XRP as a bridge currency!

On Friday, Ripple also announced a ground-breaking new incentive to speed technology adoption: The RippleNet Accelerator Program.  And last but not least, what gives with the lawsuit(s) between R3 and Ripple?

Let’s take a closer look together.

SWELL Just One Day Away 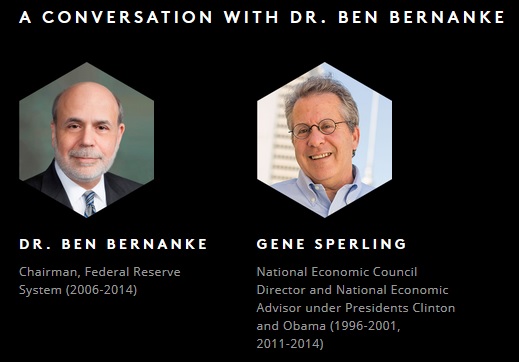 On the docket for Monday?  A quiet morning of private meetings, followed by the keynote presentation at 12:30 with Dr. Ben Bernanke.  That’s right – the former Federal Reserve Chairman is giving the first keynote address at the first SWELL conference.

In the afternoon is when three presentations happen.1 Here’s a little more information about the Monday agenda:

In this no-holds-barred fireside chat, these corporate giants reveal how payments are evolving in their businesses and the services they’d like to see their banks offer.

Market leaders recognize digital assets can play a lynchpin role in global payments. From regulation to trends, this panel will address it all.

This schedule in itself if incredibly impressive – I’ve personally never been to a conference with keynote speakers the likes of the ones that Ripple has scheduled for SWELL; rumor has it that Ripple ended up filling all the available SWELL spots and has had to start turning away recent applicants for the conference.2  The waiting list is said to be over four thousand people as of Tuesday last week.16

A Reddit thread3 has been devoted to the links for the live-stream of the SWELL event, and XRPChat has started a club to track SWELL news and updates.4

The cryptomarket's summer of 2017 was adversely impacted from the drama surrounding Bitcoin Cash and Segwit (Part 1).  In addition, the international announcement of the Chinese ban on crypto-Renminbi trading proved troublesome for the price levels of all crypto-currencies.  Even despite these setbacks, the price of Bitcoin has recovered, although the entire crypto space is still gathering momentum to reach the heights it would have achieved had it not encountered this turmoil.

Currently, there are two Bitcoin news items that are causing market upheaval:

Bitcoin Gold takes place roughly on October 25th.  It will create a new alt coin called “Bitcoin Gold” that will be mined by GPU processors instead of application-specific processors (ASICs).5 I’ll set aside my personal opinion on whether a new alt coin is needed to enable GPU mining, and focus instead on how the distribution of Bitcoin Gold will work – then you’ll see why the market is focusing on Bitcoin at the moment.

When this happens, you will have 1) A Bitcoin, and 2) A Bitcoin Gold token.

This is almost exactly what happened with Bitcoin Cash, but most experts predict that Bitcoin Gold will not be valued as highly as Bitcoin Cash for various reasons.6 I won’t delve too deeply into those reasons, but I will note that the price of Bitcoin has exploded upwards and is now at its all-time high - or near it.

The Segwit2X Hard Fork should activate sometime at the end of November, and will be similar in nature to Bitcoin Cash as well.7  In fact, Bitfinex now has enabled a way to “bet” on which resulting Bitcoin chain will be more widely adopted and supported by the miners.  You can trade your current Bitcoins for either of the two tokens in advance, and trade them now on Bitfinex.8

This market upheaval is not good crypto publicity.

And that’s too bad, because while Bitcoin governance issues affect the entire market, there are a lot of great alt coins that are available that are not getting any publicity.

Believe it or not, just because I’m an XRP fan doesn’t mean I don’t want alt coins to be successful – in fact, I think some of these new options for smart contracts and specific niche products are very impressive – but Bitcoin’s governance issues are sucking the life out of innovation at the moment while many crypto traders chase after a quick profit.

My prediction?  After each fork, watch for the inevitable pumping of the resulting tokens based purely on short-term profit motivation.  However, I believe the entire market has developed a certain level of immunity after watching Bitcoin Cash’s value gyrate wildly before its current price was discovered.  A lot of ordinary investors have been lured to sell off their alt coin portfolios and chase these Bitcoin forks; I sincerely hope that the market can adjust gracefully after each one.

This is the question of the day, and I’ve been asked it more than once; how will the Bitcoin fork(s) affect the price of XRP?

I think that for the most part, investors who wanted to participate in the forks have already priced in the value of the alt coins based on the Bitcoin price surges in the past week.  I expect a retracement of Bitcoin price after each fork, but I believe it will happen in two separate waves: A small retracement after Bitcoin Gold, and a major retracement after Segwit2X, as the value of each token leaves the original Bitcoin network and establishes its own market.

XRP price has already been negatively impacted, and I think it currently reflects the numbers of investors who are opting to gamble on market reaction of two new alt coins.

If you’re a long-term investor in XRP, you shouldn’t be too concerned about a Bitcoin fork(s).  Bitcoin governance was, and continues to be, an embarrassing spectacle in crypto; the market may reward some who gamble on forks.  I don’t believe it’s wise – or necessary – to gamble if you’re already invested in a digital asset with a sound use case.

Speaking of sound use cases: In a very significant milestone, Ripple announced the first production usage of xRapid, its liquidity solution that uses XRP to replace the various nostro account systems for banks and financial institutions.

The company implementing xRapid is Cuallix; they will use XRP9 to transfer value to customers in Mexico, specifically targeting payment amounts that fall into the micropayment range:

“Our business — and our customer’s livelihood — depends on our ability to send micro-payments easily and quickly to Mexico. With xRapid, we can source liquidity through XRP and complete the cross-border payments in seconds.”

Following closely on the heels of the announcement for xRapid, Ripple announced the RippleNet accelerator program. 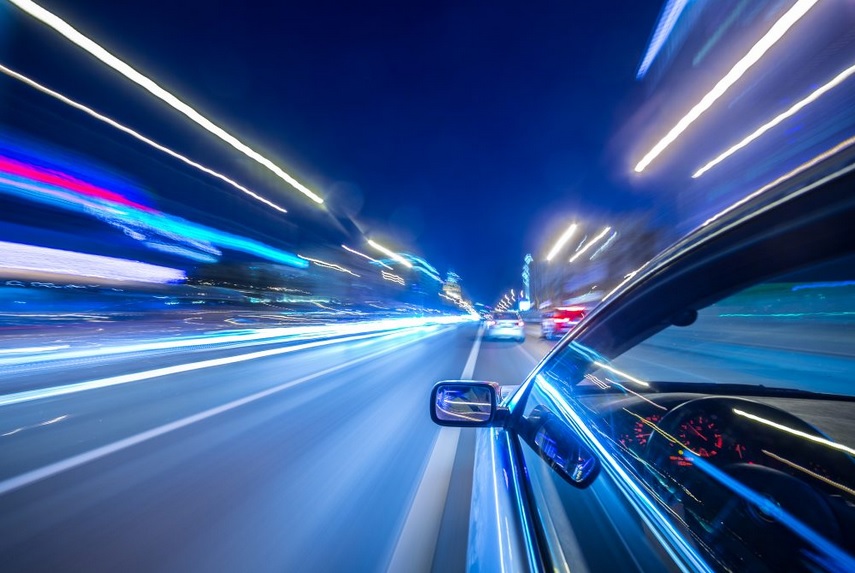 The idea was modeled on PayPal’s early program10 for referral bonuses, and it promises to speed the adoption of Ripple tech across a variety of Ripple’s potential customers; it falls in lock-step with previous statements that Ripple has made regarding its planned usage of the monthly release of the XRP from its escrow lock-up, and should yield significant benefits to XRP holders long term as more and more banks and financial institutions opt to participate due to the incentive.

“… Since we’re offering the incentives in XRP, we anticipate seeing an added benefit of building an easy on-ramp for institutions to use XRP in their payment flows to lower liquidity cost in the future. Early reception of these XRP incentives in a test phase has been very positive.”

While banks and financial institutions will benefit from cost savings associated with XRP, the addition of a large scale incentive like the accelerator program serves to significantly augment existing levels of interest.

If you don’t already know about the details regarding the various lawsuits between R3 and Ripple12, it’s probably worth a little light reading; both organizations have brought lawsuits against the other.  I made no secret about my opinion on the merits of each lawsuit based on the preliminary details that were released to the media.  You can read more about this topic in my separate blog here.

The latest?  On Friday, a Delaware judge threw out R3’s case against Ripple.  While Brad Garlinghouse was quick to point this out as a victory in its battle with R3, R3 responded by claiming that the judge threw it out based on jurisdiction only.  The details behind the judge’s decision are yet to be verified as of the time of this writing.13

Regardless of the reason for the dismissal of R3’s lawsuit, R3 is required to respond to Ripple’s lawsuit in California by October 26th.14

Starting tomorrow, SWELL kicks off.  To say I’m excited to see the livestream is an understatement; the headline speakers are awe-inspiring; the first SWELL conference is set to drive a stake in the ground where financial technology in banking will be measured before and after its first meeting.  Years from now, grizzled banking veterans will be able to brag to rookies “I was there at the first SWELL conference…” 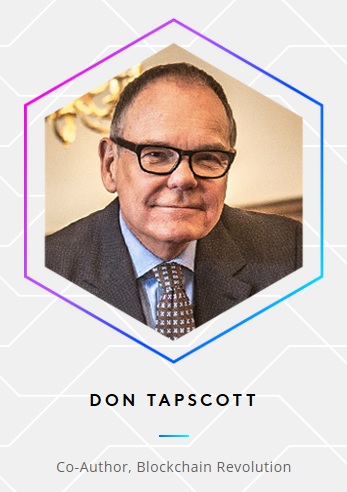 For the rest of us in crypto, we will be watching closely to gauge the market reaction towards Ripple technology and the attitude towards blockchain technology in general.  Like always, our vision is more wide-ranging than the narrow win-lose focus of some of XRP’s aspiring competitors.  When banking and mainstream finance opens the doors to production usage of a decentralized, trust-less digital asset like XRP, they are opening the doors to all of blockchain technology, not just Ripple; great minds will see this change and nod knowingly in understanding.

With SWELL entering Day 3, I thought it might be wise to take a moment and provide some information to those investors who might be approaching the idea of adding a crypto-currency to their portfolio for the first time! Bankers, traditional investors, and others

Humor me a moment. Let's start with something we can agree on:  Using a digital asset is not a new concept in finance.  Many examples abound; derivatives, equities, even IMF Special Drawing Rights (SDRs) are all represented by electronic equivalents of their assigned value.