As we move ever closer to a big xRapid production launch you can almost feel the anticipation in the air amongst the social media based XRP communities. The Crypto markets in general feel like tightly coiled snakes just waiting to strike forth with a massive tsunami like explosion. And yet we are all still here speculating and waiting for the Big Institutional money flow. I thought I would try to share some of my knowledge based on over 20 years of working in Tech amongst some of the largest Investment banks. My career has spanned multiple banks including Credit Suisse, JP Morgan, Morgan Stanley and currently UBS.

For many trying to understand why everything is taking so long has caused massive amounts of frustration, we all want to see our favoured crypto start to climb in value thus validating our decision to invest in A, B or C. Up until this point in the game the primary inflows of money to the crypto space has been from retail investors or as I like to refer to them Mom and pop Investors, people like you and me sitting at home trying to make some life choices which we hope will in time bring financial reward. While the retail market has definitely helped to grow the crypto space only two real solutions will bring about real value increase.

The other issue with retail investors is that the Bull Run at end of 2017/start 2018 has scared a lot of these people away from this particular asset class. Not everyone is able to sit by and watch a 70-90% loss in percieved value of their investments, its going to take a long time before we encourage those who were burnt back into this space.

So Institutional investment does appear to be the solution that is going to bring the vast quantities of money into the space that is going to be required to bring about the levels of wealth we all dream about. Great so now we understand how best to get to the moon, its simple we just have to sign up a few banks to start off with, give them a bit of software to install and then flip the switch. Its all so easy RIGHT? If only, you see the big hurdle here is not so much getting the banks to sign up for a trial or pilot so much as breaking through the multiple layers of internal politics that exist in Investment Banks. We are talking about Behemoths here, these FI's do not move at any more than a glacial pace when it comes to change.
So lets take a fictitous example of Raven Bank who are currently the fifth largest Investment Bank Globally. They currently move somewhere in the region of 2.2Trillion a day through the Foriegn Exchange Markets alone. They also have lots of subsidiary companies as well as a global network of suppliers and customers all of whom become paths of money Transfer. Like every company in the world Raven bank would love to cut its costs where ever possible, they have heard all about blockchain, and had multiple research teams looking at it and writing reports about it since way back in 2013. In fact Raven Bank already knows more about blockchain and its potential and key players long before you got into the market.

So why are they waiting, its obvious that the savings are there for all to see. The speed that can be derived from using ANY of the cryptos can and will eclipse anything they currently have in place for transferring value around the world. Why haven't they grabbed this particular bull by the horns and implemented already?

The simple and short answer is they probably have already started the ball rolling. What people outside of the industry don't know is that a LOOOOOOTTTTTTTTTTT of stuff has to happen behind the scenes to simply make this happen. So lets assume that the head of Investment Bank Within Raven Bank has decided he wants to implement the products of the Ripple company what happens next.
MEETINGS, MORE MEETINGS, then SOME MORE MEETINGS.
Banks Love meetings(I spend over half my week sitting in meetings which I have little to no input in) I know time wasting right, not really. There are so many regulations on the banking world these days that every T must be crossed and then double, triple, quadruple checked. So we have had somewhere in the region of 4-5 months of meetings where the benefts of this new system are discussed and argued over, eventually its been agreed we are going to jump in. Now we need to get approved funding. So we have some more meetings, this time they will happen with the technology people and with the Business(traders) and with the Management committees. Someone has to pay for all this new tech and its probably going to run to 10's of Millions of dollars to implement and support, and I am erring on the lower side here.
Eventually its agreed that this tech can benefit the Bank as a whole and so the decision is taken to make the finance available from a wider pool so that down the line the benefits can be seen across all of our businesses, these include
Investment Bank
Wealth Management
Group Operations
HR
ETC

So now we have crossed all the T's and dotted all the I's we have agreed financing and now all we have to do is bring in a specialist from Ripple to help us plumb into RippleNet and start doing business a new way. WRONG WRONG WRONG

Now we really need to run the whole idea through the Risk group, and through our Lawyers, we do need to be sure that this new tech isn't going to breach any of the 100's of rules that we must adhere to, including but not limited to things like the Dodd-Frank Act, and associated Volker Rules. The Volker bit is important because as a bank we are not allowed to engage in Proprietry Trading (Prop Trading as its commonly known) Here's a link to Wikipedia about prop trading https://en.wikipedia.org/wiki/Proprietary_trading

Ok so now we have the greenlight from Management committee, the lawyers and risk team have taken a look and feel we can get involved in using this new crypto currency as a settlement asset as we would not be breaking any rules, so now its full steam ahead. WRONG AGAIN.

Now we reach the point where the Change the Bank(CTB) Teams get involved, sounds posh but its really just another way of saying the code writers and developers(within an IT context). So what needs to happen now, yep you guessed it some more meetings. The lead CTB manager is going to need to look at the budget he has been given for the task and he then needs to sit down with his direct reports to find out who has the scope to handle the work required to implement this new system. Now its never going to be as simple as setting up an API and pointing everything at it. The banks have 1000's of applications in use daily just for the trade floor, and as with everything in this banking world, every single piece of data flow must be archived off for multiple years. Then you have to remember that we have multiple different operating systems and applications are written in multiple different languages. So we need to find a way to implement this new tech such that everyone who needs to use it can. So lets now assume all the meetings are done, the budget is agreed and we are ready to implement and make this happen. Now we need to establish a working group who will own the project through to completion, the group will have a senior business manager as sponsor, and will have representatives from Development, Support, the business to name a few and first and foremost this new team needs to have (yes you guessed it) some meetings so that the proposal can be shared. these meetings will go on for several weeks(sometimes months) while discussions are had to decide how best to provide the solution, perhaps a Solutions Architect will need to be brought in who can look at the wider ask and try to figure out how best to acheive the final goal. This is also the stage where any infrastructure purchasing is going to be required. Now lets suggest that in order to ahceive the implementation we are going to need to add 10 new servers to each of our 4 global regions (EMEA, APAC, US, CH) because we are a bank we do everything in duplicate to ensure that we can continue to trade if say one of the EMEA Datacentres stops working. So we do some calaculations and recognise that we need 10 Servers per DC per region, we have two DC's in each region so we need 80 new servers, better get those ordered because they generally take around 8-10 weeks to be delivered. Once they are dleivered they then need to be racked and have a base OS installed, before they can be handed off to the development and app teams to install and start testing.

I think by this point most readers will understand why everything is taking so long, and there is no way to speed up this process which presents an irony in itself. I was involved in a recent upgrade to a chat system which really was little more than changing a URL in some code to send traffic to a new external provider. from start to finish that project took around 18 months to complete from initial discussions.

So next time you are wondering why is this all taking so long, stop and think about the amount of processes that need to be completed by each Bank in order to bring a new Tech solution onbaord. As a point of note, remittance companies do not have the same levels of scrutiny or oversight based on regulations so they are able to sidestep a lot of the above, but you can bet your life they still have just as many meetings before anyone flips the switch. 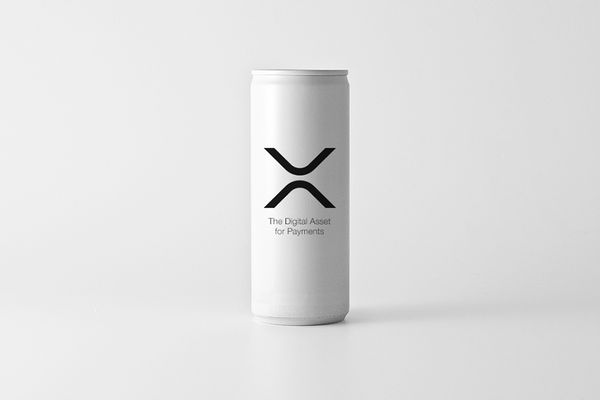 Digital assets are trying to be too many things these days. An amalgamation of ideas and horse-shoed technology that complicate their intended use case and confuse their target audience. A

Value is locked up in today's world.   When money is earned by an individual, they'll inevitably purchase things that they need - or want.  What if a person buys a