The term "infrastructure" conjures yawn-inducing images of highways, water treatment plants, and the electric grid.  It's not a sexy topic. 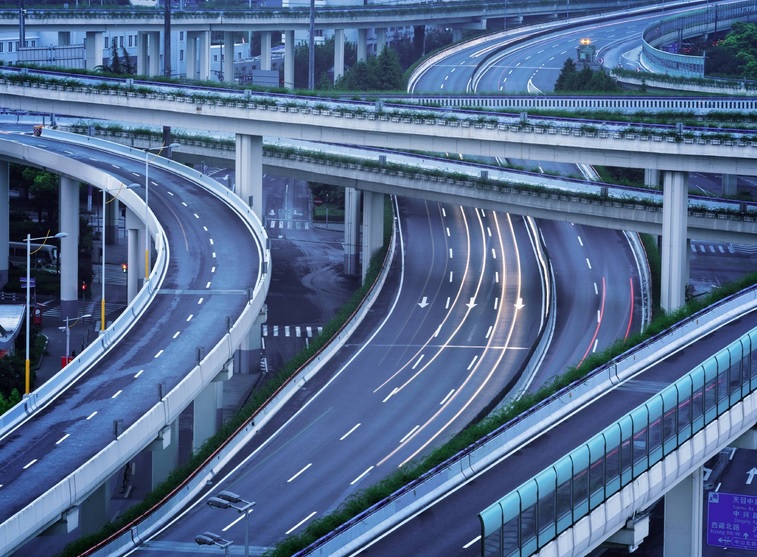 But infrastructure is a key topic for business and governments alike.  Have you ever visited an older city that was built on an even older city, by a water-way?  What are the roads like?  Usually that combination leads to a confusion of roads and cause-ways that connect different neighborhoods and districts.  Contrast this with a newer suburb that is located away from rivers, lakes or mountains.  In that case, newer neighborhoods can be planned from the start, with city architects working on a greenfield environment.

When it comes to the global payments infrastructure, it's a patchwork of correspondence banks, FX markets, and central banks that have evolved over the years to facilitate cross-border value transfer.  It's reflective of history, and doesn't reflect the modern potential of current technology, which can enable real-time payments that settle with near-zero transaction cost.

This is the reality of what Ripple is achieving, whether it's connecting central banks, remittance processors, or payment services.  They've studied the current payments infrastructure, and have methodically created the necessary new solutions to replace them from the ground up.  It's not all glitz and glamour, but if they're successful - and it looks like they're well on their way - XRP holders are positioned for an explosion of demand.

While monitoring your crypto investment, it's always wise to keep your eye on macro-level trends and data as well as local developments.  This includes overall economic indices, political trends, as well as international trade developments.  Each of these factors can eventually find their way to impacting the crypto market in some respect.

During the great crypto crash of 2018, the entire capitalization of the crypto market took a hit, retracing downwards from its all time high of somewhere around $823 billion in early January.  At its lowest point, the overall market capitalization was measured at around $250 billion in 2018. 1 2

The market has since found its footing, and is now working its way upwards again, sometimes posting double-digit gains within hours.

During this time frame, the CEO of Pantera Capital recently made headlines by calling for a $40 trillion dollar market capitalization for crypto. 3 This would imply that the market will eventually plateau at a multiple of around 100 from where we are currently in terms of prices. 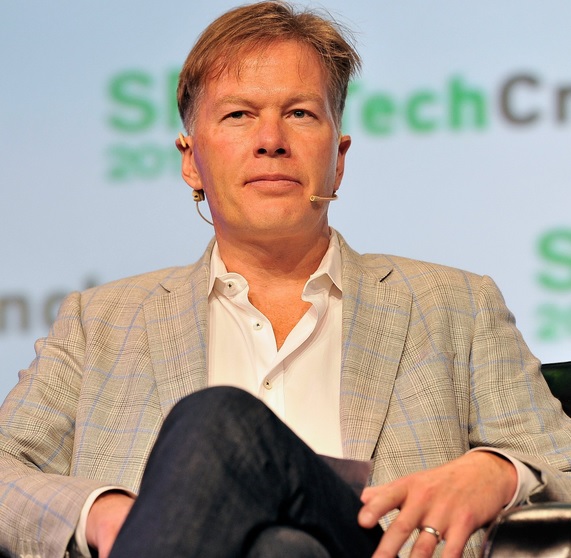 “Obviously, we’re very bullish on the space. We think we’re way below, maybe an order of magnitude — or two — below the real fundamental fair value of blockchain,” he said, stating later that “the industry as a whole is $400 billion. It easily could go to $4 trillion, and $40 trillion is definitely possible.”

Those sorts of predictions, while shocking, actually reflect the youthful smallness of the crypto market compared to where it may eventually plateau.  While the mainstream press' knee-jerk reaction was to interpret what this would mean for Bitcoin prices, the same would hold true for the other top five crypto choices as well, including XRP.

For XRP, it would imply a price of around $90 - based only on speculative demand - not on utility-based demand.  It's an amazing prediction, but probably not far off the mark.

Ripple has continued adding to its momentum and market coverage, fielding representatives at almost every major fintech conference.  This market coverage by Ripple will lead to an increased pipeline of customers and another hiring round by the company, I anticipate.  Their consistent message, marketing, and methodical education of stakeholders is reaping rewards, with increasing numbers of individual XRP investors and fans.

Santander and Ripple are both highlighting the new One Pay FX application that customers can use to send money to any country in Europe as well as the UK.  The service is available to retail customers in Spain, the UK, Brazil, and Poland, and will be rolled out in additional countries moving forward. 4 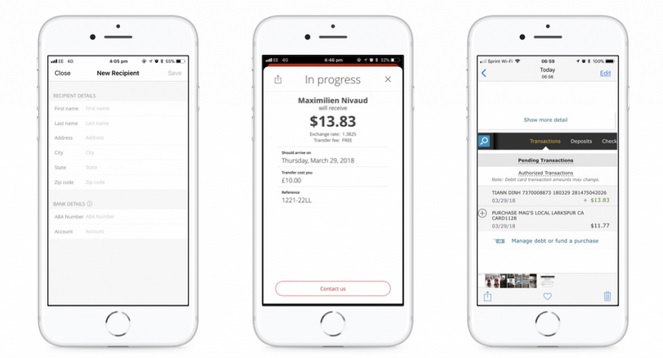 This is a major effort by Santander, and if the payment application is as wildly popular as it was during its initial roll-out, XRP fans should definitely watch this closely; it utilizes xCurrent at present.  With additional market reach for Ripple technology comes a corresponding expansion of XRP's potential as well. 5 6

xVia is a popular Ripple solution.  From its official corporate description, it allows senders to transmit unidirectional payments by sending their payment through RippleNet to a receiver - whether it's another wallet, a network, or a specific business.

Unlike xRapid, xVia doesn't require XRP for use, but rather is completely flexible, enabling interoperability between networks behind the scenes.  And the solution's footprint seems to be easy-to-maintain, described as an API-based tool.  This means that customer organizations, once they have the necessary security clearance, can simply use the API by "calling it" from within another program or application.

On Thursday, April 26th, Ripple announced five new customers have signed up to use xVia: 7

These companies are known as payment originators - companies that are sending a payment on behalf of a customer.  Asheesh Birla, Ripple's Senior Vice President of Product, explained: 8

"All of these customers run into the same problem: building bespoke connections to banks and networks all over the world. It’s expensive and time consuming. xVia enables them to grow their overall market share by reaching new customers in new markets, easier than ever before."

This announcement, listing five new customers for just one of their solutions, is further evidence that Ripple walks the talk, and is quickly becoming the worldwide leader in cross-border payment processing.

Each quarter, SBI releases a quarterly report that details their activities, progress, and projections for the next quarter.  This quarter was no different, and in its report, SBI included projections for its new SBI Virtual Currencies (SBI VC), Bitcoin Cash mining progress (SBI mines Bitcoin Cash), and a potpourri of information about the Japanese market, regulation, and security. 9

One of the charts that was included in the SBI quarterly report showed the projected customer influx for SBI VC, given all known information:

Basically, this section on slide #106 indicates the projected numbers for the starting line of SBI VC for the general public (it's currently in beta).  What does this add up to?

That's a lot of customers. As a point of reference, Coinbase, the main direct-sale crypto site in the West, claims to have approximately 13 million customers.  While impressive, the fact that SBI VC is starting out with over half that number indicates that it may soon have enough accounts to surpass Coinbase's influence in the crypto markets. 10

XRP's reach is expanding around the world and is building on its daily liquidity and volume numbers day by day.  Trading volume is climbing, edging closer to a daily average measured in the billions.  This increased volume and liquidity has led to a sustained multi-day rally, with its associated higher price levels in the past three weeks.

The CEO of SBI Holdings, Yoshitaka Kitao, has been a consistent advocate for Ripple and XRP.  In fact, SBI owns somewhere in the neighborhood of 11% of Ripple itself, and has formed a joint company with Ripple called "SBI Ripple Asia."

Yoshitaka Kitao has been vocal about his high opinion of Ripple's digital asset XRP as well, and has made statements about the high value he places on it.  During the recent December-January rally, when it was clear that the new market entrants favored XRP above other cryptos, he decisively added his own perspective to the mix:

This rally, and XRP's fast rise through the CMC rankings to hold second place for a time, was done without SBI Virtual Currencies adding its volume of XRP trading to the mix.  The addition of SBI VC - which uses XRP as a primary base currency -  is an event that is anticipated by XRP fans.  SBI Virtual Currencies is currently in "beta", and is only serving a very limited number of customers, but it is nearing its release date.

The launch date for SBI VC was postponed due to concerns that security for the exchange be airtight, especially in light of the NEM theft that happened at Coincheck.

Now, however, even that postponement is nearing its end point, and SBI VC is looking to transition into full production release very soon, with SBI indicating that their exchange will: 11

"Become Number one in a blink of an eye."

I look forward to the production roll-out and will start my own account at SBI VC when it opens.

One of the exchanges that Pantera Capital invested in is Koinex.  It's an Indian exchange, and Pantera has a vested interest in growing the entire crypto ecosystem as part of its own growth strategy.  The announcement of Pantera's investment in Koinex was made in December of 2017, just a little over four months ago.  In the announcement, Pantera Capital CEO Daniel Morehead noted that: 12

"Pantera Capital is staunchly committed to investing in local cryptocurrency exchanges across the globe, because any regional market thrives on local leadership..."

Pantera Capital is a company with a vision, and they've chosen to architect their trading site using eight XRP pairs.

This will allow instant crypto transfer of value - both from other exchanges and to & from individuals' local XRP wallets.

While Ripple has a variety of software packages available for banks and other financial institutions, the primary one that XRP fans are concerned with is xRapid.  This is due to the fact that, even though XRP can be used in any of their software packages, it is required to run xRapid, Ripple's tool for sourcing cross-border liquidity.

One of the companies to trial xRapid is Mercury FX.

Their trial of xRapid lasted months and in it, Mercury FX was closely monitoring and comparing costs prior to a company-wide switch.  Their results were positive, confirming XRP's advertised cost savings:

According to an article published by themerkle.com:

"the company has deemed it good enough to enter the production stage in the very near future."

With its five new xVia customer wins, Ripple is clearly on their way to a takeover in payment processing.  Brad Garlinghouse's focus on their core strength has helped Ripple achieve something that is truly remarkable - it's the first new global payments infrastructure since SWIFT was implemented over forty years ago.

They've been working tirelessly for the past five and half years, methodically and carefully building all of the tools, partnerships. and business alliances necessary for them to supercharge XRP adoption.  It may seem like a long wait for XRP owners, but the reward will be well worth it; it is now, at the end of April in 2018, that we are on the cusp of an XRP explosion of adoption, popularity, and usage for sourcing liquidity.

Let the doubters doubt; I've seen what Ripple can do.  While replacing payments infrastructure is not glamorous work, it is very prestigious and central to the financial well-being of countless stakeholders; central banks, governments, citizens, customers, banks, remittance processors, and of course, those of us who have the foresight to purchase XRP as an investment.

Volume is picking up again; market caps are expanding once more.  And now, the regulatory climate worldwide can be faced with greater certainty. How large will the crypto market become?  In my last blog, I mentioned the prediction made by the CEO of Pantera

One example that I've heard - from Ripple and from third parties - is the example of a cargo container. Prior to the creation and standardization of the cargo container and cargo ship, global commerce over the ocean was a collection of small vessels