The acronym 'SEC', as most know, stands for the US Securities and Exchange Commission. Their site -- and it is an interesting and highly informational one -- can be found at www.sec.gov1.

I was looking at how the SEC presents its information online. Their top-level tabs include About, Divisions & Offices, Enforcement, Regulation, Education, Filings, and News. Each tab has several sub-tabs and there is plenty to read.

Note: in what follows, all bold and italics are mine.

What the SEC say they do

Interestingly, under About/What We Do, we find:

It is the responsibility of the Commission to:

oversee private regulatory organizations in the securities, accounting, and auditing fields; and

We are not going to do any violence to the traditional definition of security that has worked for a long time.

We now know that the SEC:

With the above so stated, if a digital asset (DA) is ruled to not be a security, does this mean the SEC has no jurisdiction over it going forward? If not them, then who? Is a new ruling body being set up to take over the SEC's role where certain digital assets are concerned? What are the timeline implications for crypto regarding all this? And what about crypto derivatives? Will the SEC have to modify its stance as other countries move with greater speed and agility, and perhaps greater unmanaged risk, towards mass adoption of blockchain technology and cryptocurrencies?

Further down the same About/What We Do page, we find:

How the SEC Rulemaking Process Works

Rulemaking is the process by which federal agencies implement legislation passed by Congress and signed into law by the President. Major pieces of legislation, such as the Securities Act of 1933, the Securities Exchange Act of 1934, and the Investment Company and Investment Adviser Acts of 1940 provide the framework for the SEC's oversight of the securities markets. These statutes generally are broadly drafted, establishing basic principles and objectives. To ensure that the intent of Congress is carried out in specific circumstances — and as the securities markets evolve technologically, expand in size, and offer new products and services — the SEC engages in rulemaking.

Concept Release: The rulemaking process usually begins with a rule proposal, but sometimes an issue is so unique and/or complicated that the Commission seeks out public input on which, if any, regulatory approach is appropriate. A concept release is issued describing the area of interest and the Commission's concerns and usually identifying different approaches to addressing the problem, followed by a series of questions that seek the views of the public on the issue. The public's feedback is taken into consideration as the Commission decides which approach, if any, is appropriate.

Rule Proposal: The Commission publishes a detailed formal rule proposal for public comment. Unlike a concept release, a rule proposal advances specific objectives and methods for achieving them. Typically the Commission provides between 30 and 90 days for review and comment. Just as with a concept release, the public comment is considered vital to the formulation of a final rule.

Rule Adoption: Finally, the Commissioners consider what they have learned from the public exposure of the proposed rule, and seek to agree on the specifics of a final rule. If a final measure is then adopted by the Commission, it becomes part of the official rules that govern the securities industry.

Interestingly, rules start with the Concept Release stage, but, throughout, the SEC states that the public's input is sought, considered vital, and so on. The final step seems to rely on consensus. Again, what might happen for DAs ruled not to be a security? What regulatory umbrella might they fall under if no changes are to be made to the original definition of security?

As to the categories of rules themselves, under the Regulation tab, they appear to fall under Proposed, Final, and Interim Final. It stands to reason these also represent stages in the evolution of a rule. At this time (end of June 2018), not much of what can be searched there seems to be related to crypto and DAs.

Finally, we come to News. In the main, these are also sub-categorized into Press Releases, Public Statements, Speeches, and Testimony.

It is actually an interesting read if you haven't gone through it yet. Still, looking at how the SEC's site information is categorized, it is indicative that it is far from a ruling or even a proposed ruling. It may well be that this is the SEC's way of testing the public waters, so to speak, as they try to find a balance that will allow them to 'steer the ship' while not bringing its forward momentum to a complete halt.

Subjectively, a speech by a senior SEC officer may or may not carry the same weight as a press release, and may also be taken to be strictly informational. Or, it may be analogous to the early hints the Fed is fond of giving out -- and the media are even more fond of dissecting -- when they wish to telegraph an interest rate hike or cut. In any event, the speech in question seems to me to have an educational focus more than anything else, and tries to put things in perspective with some historical references and cautionary examples. Specifically, it makes distinctions where 'utility tokens' are concerned, distinctions that may be relevant to Ripple and the XRP digital asset.

...simply labeling a digital asset a “utility token” does not turn the asset into something that is not a security.

We all know that slapping a label on something is not enough to make it behave like that something, or even be that something. The remark in itself can also be taken in a broader sense and not a shot across Ripple's bow as to XRP, since despite XRP being the pre-eminent DA with clear utility today, it will likely not be the only one with a practical focus in the future.

Overall, the speech strikes the tone that a helpful uncle might have in telling his young nephew what to avoid on his first evening out, as he hands over the keys to his car.

Walking the talk: action from abroad

Things do not stand still. You may have heard about China, Russia, South Korea, Japan, and India thrashing about issuing edicts and bans, and then toning them down or reversing them entirely where crypto is concerned. It seems as if many of the larger countries are having a harder time wrapping their heads around blockchain and crypto, are caught in false dilemmas, and the fear of things getting away from them has put them in 'ban and prevent' mode as the default, at least to start with. 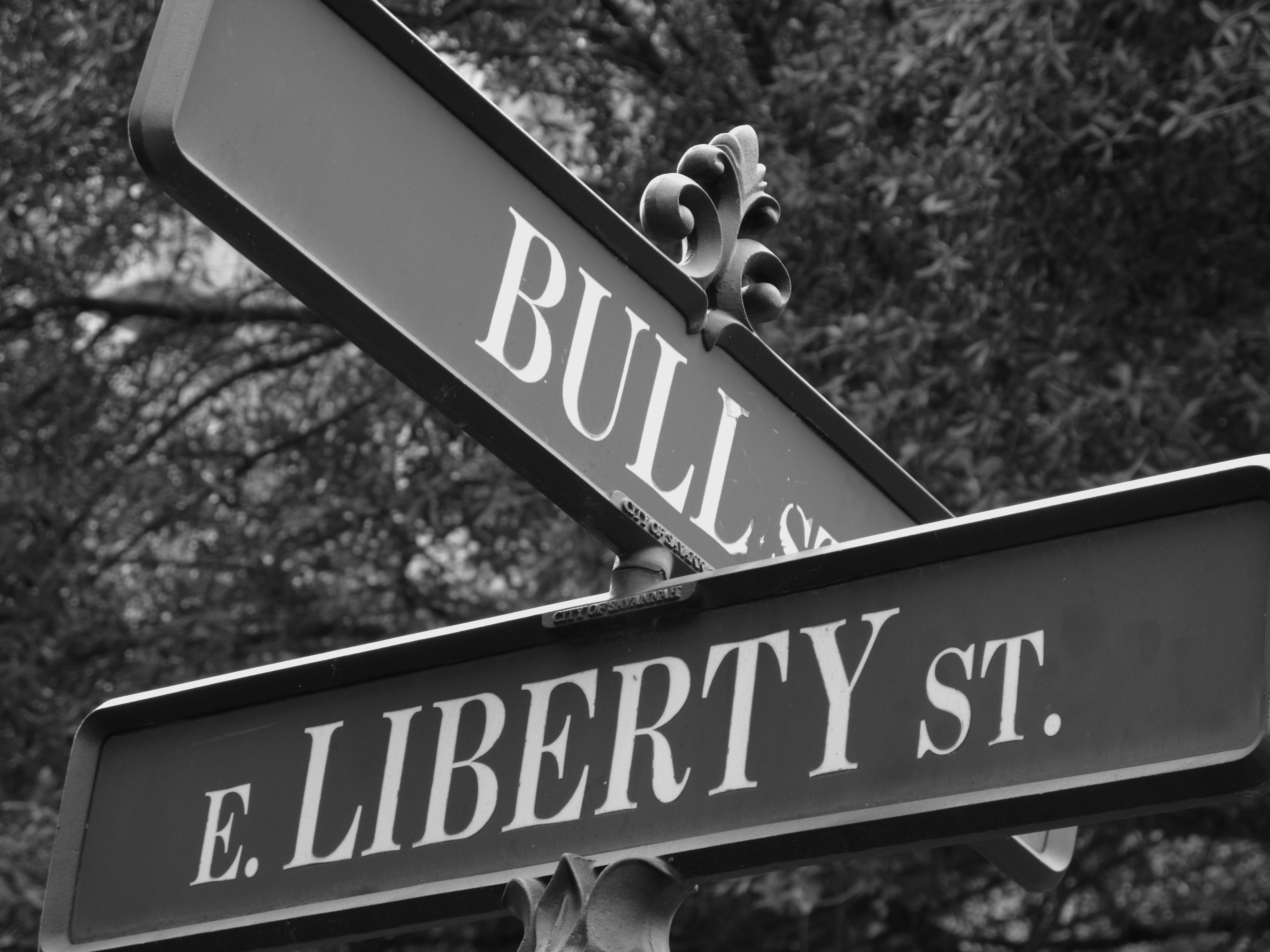 Other, smaller places, such as Thailand and Malta, appear to be going the practical route, which generally can be taken to mean 'do not make crypto illegal, but seek to regulate it with a lighter touch, and be sure to tax it.' Thailand's own SEC just came out with regulation 4 about ICO portals, ownership of tokens, and a basic tax framework. Malta has gone in a similar direction, and just approved three cryptocurrency bills within their Distributed Ledger Technology (DLT) regulatory effort5, meant to make Malta a leader in this transformation. Well-known exchange Binance has gone as far as declaring it will move its HQ to Malta.

I mention this to make clear that, while various options exist where government regulators are concerned, and whereas one could spend years thrashing out the perceived legality or not of crypto before taking one sensible step towards adoption, several countries appear to have understood that:

I hope I have succeeded in providing a very high level overview of things that caught my attention while poring over the SEC website. This information raises interesting questions.

In my opinion, it is early days yet and nothing close to a ruling or even a proposed ruling is evident as to which DAs may or may not end up being classified as securities. Will an eventual ruling on DAs follow the traditional process involving public review and consensus? With so many DAs on offer, how can this process be made efficient?

The process of requesting the public's input does not appear to have begun, or perhaps the speech referred to earlier is an embryonic effort to 'get some thoughts out there' and start receiving feedback. I am not entirely sure that the rant-filled buzz on social media qualifies as 'official public input', and obtaining it may well require a more formal approach. What will qualify as public opinion and how will this be shown to be unbiased and representative as to who is involved?

What's more, while many appear to worry about a SEC ruling that would classify XRP as a security, the consequences of that occurring are unclear. It may well be that the removal of uncertainty, regardless of the decision itself, ends up being a positive, as much capital currently goes into securities that could add XRP to its list of options, and, on the other hand, much is poised to enter cryptos that are not securities. There will be pros and perhaps a few as yet undefined cons, whatever the outcome is.

The other practical issue that logically follows when a DA is officially deemed to not be a security is, of course, who can rule further on it. Is something in the works in terms of a different regulatory body, or will all crypto be brought under the SEC umbrella, despite repeated statements as to the latter's otherwise focused regulatory scope and domain?

Last but not least, is the role of world dynamics and their interplay. How will the race to the adoption of blockchain -- and the related, massive money flows -- influence an existing system of ruling which was never meant for new, deeply transformational blockchain technology and related investment instruments? What must the US do if it is to remain competitive with other countries that have less legacy in terms of regulatory structure and can be more nimble in welcoming crypto-backed initiatives?

Captain’s Log 012 - Supplemental Starting off. Wow! I had no idea my home project would receive so much support and attention. Thank you to everyone for the kind

I was inspired to write this blog today by one written by @XRPMichaelB here is a link to his blog. https://xrpcommunity.blog/twitterthon/ I use eToro for a large