Although arguments can be made against the notion of future adoption of the XRPL by the financial system thru supporting the retention of the current international payment system or emphasizing the technological progress in the SWIFT payment network, they fail to address critical flaws in today’s system. Hackers, political pressure, regulators, and the shrinking correspondent banking system are all legitimate issues that are impacting banking operations.

Most international payments are facilitated through the SWIFT network today. SWIFT is a messaging network used to send and receive information on financial transactions between financial institutions. Currently, more than 11,000 financial institutions from around the world are linked to the SWIFT network for operations. Typically, the originating bank is required to have a working relationship with the destination bank in international wire transfers. If there is none, the originating bank can search the SWIFT network for a correspondent bank that has one with both banks.(2) Once found, the transaction is transferred through Nostro accounts held at the intermediary bank for a fee to the destination bank. Although SWIFT’s inception has proven to be beneficial in enabling international payments between banks globally, it’s reliance or the monopolistic position has become a double-edged sword.

Due to their international relationships, SWIFT was viewed as an apolitical organization that was independent of any country’s domestic foreign policy. Unfortunately, this has not been proven the case the past few years as political disputes now threaten to fragment the international payments space. Regardless of your political views towards Iran, the United States pressure on SWIFT to disconnect Iranian financial institutions from the network has been unprecedented. While the action undergone by SWIFT contradicts the European Union’s desires. Although the EU intends to maintain trade with Iranian institutions, SWIFT complied with the US requests.(3) With the consequence being that now the international payment network has become weaponized to exert political pressure onto countries or regions. This undermines the trust within the network as participants can ultimately be on the wrong side of political discourse. Along with Iranian FIs, there has been heavy speculation from US media sources and diplomats that Russian financial institutions might face similar sanctions to their Iranian counterparts in the future.(4) Further eroding any participant confidence in SWIFT remaining apolitical.

SWIFT’s inability to remain impartial to the network’s participants is already beginning to have repercussions. In Europe, there has been a political push back on the US influence over the payment network. Germany's foreign minister, Heiko Maas, has publicly stated that the EU should "strengthen European autonomy by creating payment channels that are independent of the United States — a European Monetary Fund and an independent SWIFT system".(5) Even more striking were Maas’ comments that the EU had already begun the process of developing an alternative payment system. Both Iran and Russia have also taken similar responses to the EU. Iran has begun implementing an alternative banking platform for banking transactions with foreign institutions.(6) Meanwhile, Russian financial institutions have prepared themselves to be disconnected from the SWIFT network at a moments notice and have begun to adopt another alternative payment system CIPS. CIPS or the Chinese Alternative Global Payments System is also an alternative payment platform provided by China. CIPS was intended to make transactions between China and Russia easier while enticing other countries to utilize the system.(7) Russia has also begun to develop its own payment system called the “System for Transfer of Financial Messages” (SPFS). Essentially, the global political environment has pushed regions or countries to develop or adopt alternative solutions to SWIFT. Creating an ever growing, fragmented international payment network that will require interoperability between systems.

SWIFT’s security has also been exploited these past several years, further testing the participant's trust of the network. Along with the frequency of these hacks occurring, the severity of them is increasing. Of the top five biggest SWIFT hacks by money lost, four of them have occurred within the past two years.(8) The sophistication of these attacks is becoming so advanced for SWIFT’s liking that they have begun to issue warnings and urge participants to increase their security measures.(9) In some attacks, hackers have been able to order payments to banks in other countries by copying preformatted payment requests into the SWIFT messaging software. Even further eroding trust in the network’s security, it was discovered that the NSA had breached SWIFT’s security and have developed tools for its operations. Thru leaked documents and files by a hacker group, the public was made aware of how the NSA had accessed the messaging system. Possibly setting in an uncomfortable feeling for financial institutions located in Eastern countries that the SWIFT network is a possible vector for attacks.

Structurally, the correspondent banking system has been on a gradual decline for several years while total volume and value of payments through SWIFT are increasing. The Financial Stability Board conducted a study in which the FSB found that from 2011 to the end of 2017, active correspondent relationships declined by 15.5 percent across all currencies.(1) While for 2017 alone, it declined by 4.1 percent. More recent studies have concluded that 2018 saw declines in active relationships and corridors of about 3.5% and 2% respectively.(11) With the global correspondent banking network now declining by about 20% and the number of active corridors having fallen by roughly 10% the past seven years. This decline in active correspondent relationships has also coincided with the increased concentration within the correspondent banking market. Remaining participants in the network have their market share increase as competing banks exit the system. Both these trends pose respective risks and issues to the banking system. An increase in the volume of payments with the decrease in the number of correspondent relationships is theorized to increase the length of the payment chains. Implying payments will need to be facilitated thru more intermediary parties to reach the same destination. Possibly adding more exchange or transaction fees along with increasing the settlement time. Meanwhile, a concentration in the correspondent banking market introduces an unwelcoming scenario. Theorized consequences include a decrease in the competition of services, leading to higher costs and more fragile networks. As the payment network relies on fewer participants to facilitate payments, the failure of a participant will have greater repercussions as they are more relied on.

Ultimately, the global political environment is causing a fragmentation of the global payment system while the financial system is gradually entering a delicate state. Both trends have already begun to force global and financial institutions to adapt and find alternative systems. Regardless of what SWIFT can develop to enhance it’s services to its participants, there will be issues the organization cannot resolve. Interoperability will more than likely be the key in enabling the future global payment space to withstand any geopolitical shocks, along with providing a crucial capability if the financial system is under strain due to the structure of the correspondent banking system. Placing Ripple’s xCurrent or ILP in an advantageous position. 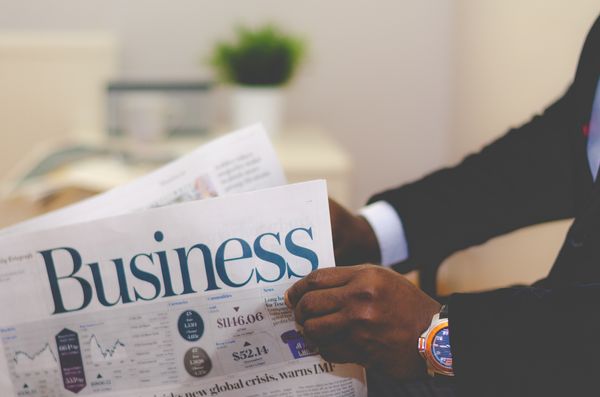 In this edition of the XRP News Update, I cover a significant change to XRP's 'default UNL,' provide easy-to-access coverage of the recent AMA by Stefan Thomas, and highlight 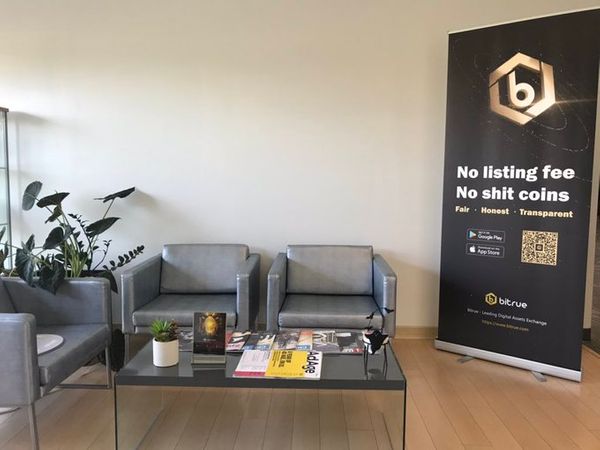 The Bitrue - XRPCommunity meetup last weekend in Amsterdam was for me the perfect moment to meet the face behind Bitrue - CEO Curis Wang. I had questions, the XRPCommunity