This is my first XRP Community Blog post, and I will be moving my other content over from Medium, as well as new writings. This is from 1 year ago, before Ripple publicy disclosed banks were running their own private RCLs, and transacting bilaterally using ILP, creating RippleNet which was not even a term just one year ago. This was also before ILP was wrapped up in Feb 2018, so this is referring to the old ILP Escrow Atomic method. Some of this termonology has been abandoned and updated, but I'm not going to change anything from the original Medium Post and here is the XRPchat thread

Let me be clear about what I mean by "Internet of Value" or "IoV", I mean that value can move between one or more ledger/networks.

I must give credit where credit is due, and recognize that Ripple Inc first coined the term "Internet of Value" a few years ago, and stated that building the IoV was the company's mission. Therefore it should not be very surprising that the IoV I believe to be already operational and in production at large banks is built using Ripple's RCL, or Ripple Census Ledger technology.

First Ripple Inc built RCL, the actual core distributed ledger technology. Then they started building [Gatewayd]https://www.npmjs.com/package/gatewayd) which was a software tool for Gateways to run, helping the Gateway manage their ledger entries onto the public RCL ledger on behalf of the Gateway's end users. Banks were intended to play the role of a Gateway. Gatewayd was later taken private, expanded, and then rebranded to become Ripple Connect, and is currently sold as a payment software solution to banks.

Simultaneously Ripple Inc was having conversations with Banks who expressed that while running some transactions through the public RCL could be feasible, running all transactions through the public RCL was unfeasible. So the Ripple team introduced a pretty significant innovation with Interledger Protocol, or 'ILP". With ILP a transaction can move from one ledger to another ledger. This means that an IoV can be assembled by networking many ledgers together.

However, one of the core functions within RCL that was abstracted out of ILP is pathfinding. On RCL there are both Trust Lines & Orderbooks providing value the paths to move around the ledger, and a pathfinding algorithm to find the shortest/cheapest path for a transaction. With the pathfinding functionality removed, ILP must accomplish this task in another way. I will get back to this point in a minute.

With some understanding of how ILP works and how RCL works, what I believe is happening, is that when a bank buys Ripple Connect it gives the bank their own private RCL. When the bank funds their "Liquidity Account", the bank should debit their internal general ledger account where the value is currently accounted for, and credit their private RCL "Liquidity Account". Then when they want to send a payment, some of the value in the Liquidity Account is put into escrow via a "Hold Account".

The escrow feature was added to RCL to support ILP payments, meaning RCL can meet the crypto-conditions required by ILP. I dont believe it likely that bank's existing ledgers can meet the cryptographic escrow conditions, so they need this ability, and RCL has it.

Now back to that pathfinding functionality that ILP does not have. There are 3 solutions to this.

It is via this 3rd method, that I believe the Internet of Value is already operational and has been for a some time. This budding network of direct bilateral bank-to-bank connections should continue to grow as more banks buy Ripple Connect. While this is great, it means that banks do not shake off the requirement of the Nostro/Vostro methods, which require negotiating direct business agreements with every bank they want to transact with, and cover the associated regulatory compliance costs.

As the IoV grows there will be many banks that are running an RCL ledger, but do not have a direct connection with every other bank. This is when the first two pathfinding options available to an ILP transaction will come into play.
Ripple Inc says they have 75 contracts globally with banks, some of which are already running in production mode across 9 different countries, the rest of which will be moving into production mode within the next year or so.

The more international payments, and the less these banks make direct bilateral connections via Ripple Connect, the more value will flow through private ILP Connectors, and flow through the Public RCL ledger involving XRP, if not as a bridge currency, at least to pay the transaction fee.

There no fundamental upside constraints to the price of a thing which is traded on a Market. I have said this for a long time, long before stumbling upon Ripple, and long before Bitcoin ever existed. “Money does not exist, only Value does… and 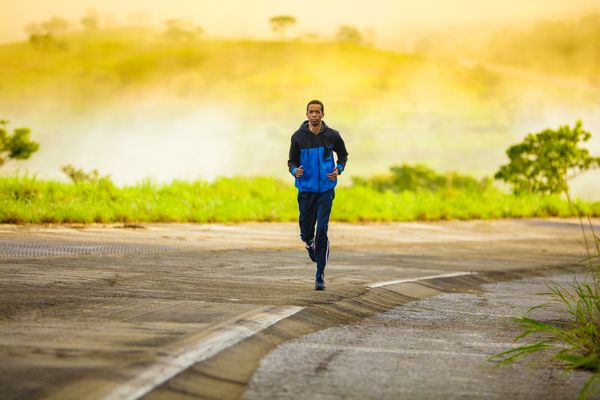 A marathon runner and a sprinter are two athletes with completely different physiology and muscle fiber.   One is built for the quick and immediate release of all energy in a