Since global civilization, the concept of equality in societies has been close to nonexistent. Gender, race, sex and colour was (and still is in some cultures) a sensitive subject, as humanity can only see as far their own kind and beliefs.

Through media and advertising, it’s really only been in the recent two decades that we’ve witnessed brands begin to embrace the importance of equality and inclusion through their ethos and communications. They’ve opened the world’s eyes to the beauties of difference; where colour, religion, sex, disability and age are celebrated for their uniqueness, not discriminated upon.

Let’s look at a brand that does this well.

Since its inception in 1965, the Benetton apparel brand have challenged social norms globally and tackled issues that affected equality head on. They’ve achieved this through provocative advertising, that forced society to notice the elephant in the room, and raise awareness for causes they believed in.

Here’s an example of the type of advertising I’m talking about; brand campaigns that saw empowering messages and visuals of the pope kissing an imam, same sex parents, people affected by war or poverty and depictions of diversity. 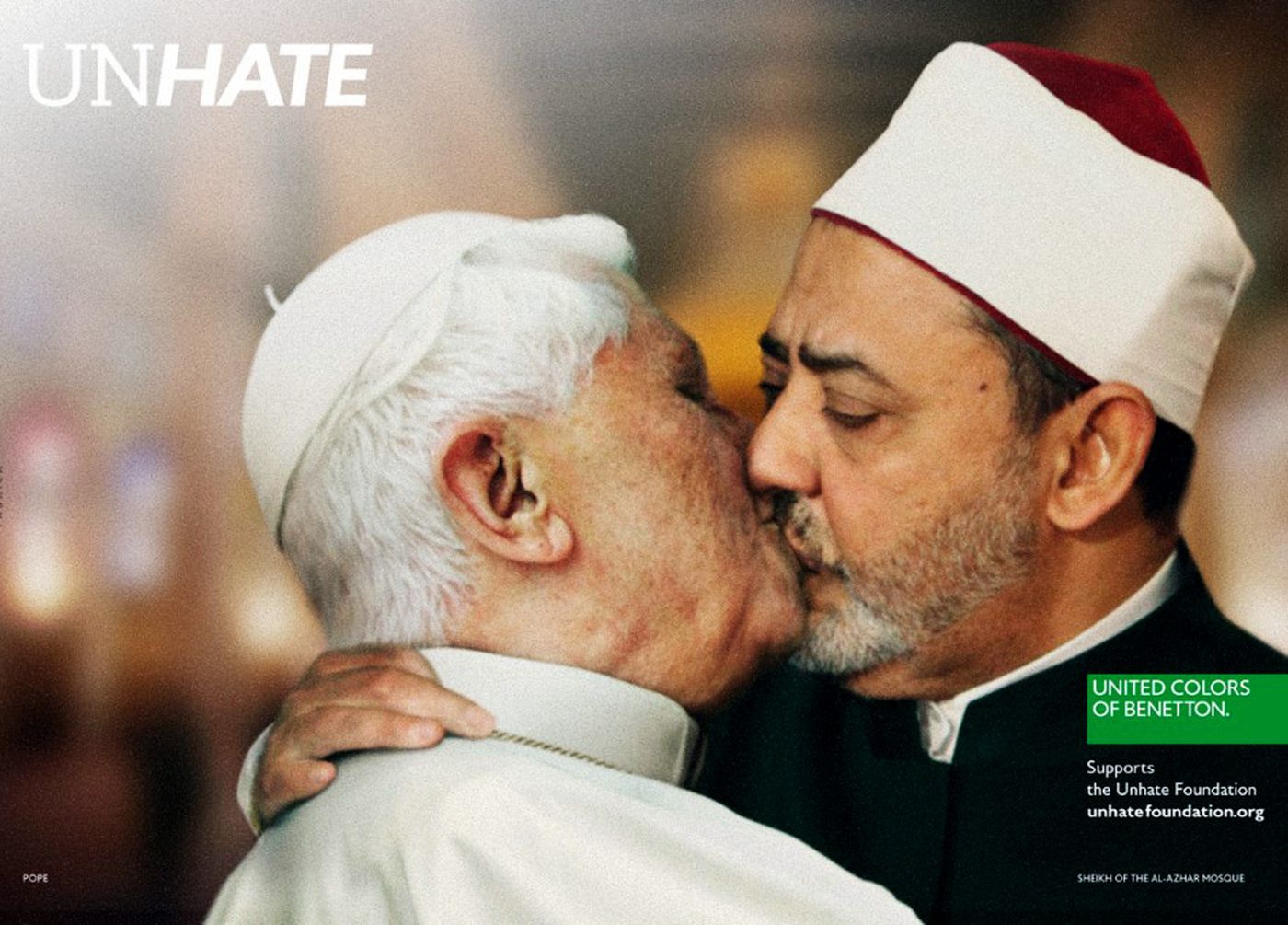 Let's fast forward to 2018, and we’re now witnessing the same backward mindset of early civilization, but I’m not referring to general society, I’m talking about our global economic and monetary systems, in particular the recent infusion of cryptocurrencies and digital assets.

Since the birth of Bitcoin in 2009, developer dominance and price wars have sparked currency inequality amongst the two-thousand plus cryptocurrencies and digital assets available to us today. In particular, XRP and Bitcoin.

Unfortunately, there's a social divide between XRP and Bitcoin communities, as the latter proclaims there only needs to be one global currency, and this thinking is working against the constraints of governments, financial bodies and society.

The reality is, there cannot be one single currency that is superior over all. But like Benetton, who will help educate and create awareness around this problem in a space that continues to rapidly grow?

We’re hearing this exact same sentiment of equality and inclusion being echoed by the businesses, communities and individuals that are creating a movement towards, what I like to call ‘Currency Equality’.

Brad Garlinghouse, CEO of Ripple spoke about his thoughts on the subject matter when interviewed at this year's Money 20/20 Europe Fintech Conference in Amsterdam.

He then went onto say.

¹“...I don’t really think about it as one versus the other. I mean, it’s actually unfortunate, I think, that there’s some people in this, the crypto space, the blockchain space — for them, it’s almost a holy war of one versus the other. I don’t look at that at all,” he said. “I think that what we’re seeing is the overall growth of this space and there will be many winners.”

To his point, many of the cryptocurrencies and digital assets we see today will be utilized to solve real-life problems. It's in their utility attributes and uniqueness, that they will find their place and be accepted.

In several ways, Ripple and the Interledger have many striking similarities to pioneer brands like Benetton which preached equality in the early nineties. In 2015, the Interledger (ILP) was founded at Ripple, and it did something about Currency Equality; that is changing the face of money as we know it.

Today, payment networks are siloed and broken. Payments are relatively easy if value is sent via the same network, ledger or currency. However, sending money from one ledger to another is often an impossible task. The Interledger fixes this through a universal interoperable protocol.

Ripple and the Interledger are the perfect summation of Currency Equality. Rather than place individual currencies on a pedestal, they invite the world to exchange value seamlessly in whatever currency, blockchain or payment system is best suited to them. Together, Ripple and ILP are in respect, disrupting currency exclusion in the monetary world.

For example, a business in India, holding Rupees can send money to a worker in China who requires payment in Yuan, purely by utilizing the ILP. People won't even need to think about what currency they are using because the conversion will be done seamlessly, at fast speeds and all behind the scenes.

So far, ILP has played a vital role in the W3C (World Wide Web Consortium), developing a Web Payment API that has been rolling out to billions of iOS and Android devices. Now browsers like Opera and Chrome will also be ILP enabled via Coil’s ‘Web Monetization’ plans - we'll be seeing more development on this in the near future.

So, you must be thinking, what part is Ripple and XRP playing in building Currency Equality via cross-border payments?

Although they’re not writing ad campaigns, Ripple have gone that step further to concrete a message of Currency Equality through the products they’re developing for enterprise businesses.

I recently summoned the technical brains behind Ripple and the Interledger, as well as the top leaders within the XRP Community on social media. Here’s an example of how one of their products work, and may possibly be utilized using a digital asset in the near future.

xCurrent
²The ILP powers Ripple’s flagship enterprise product xCurrent. Before an exchange of value can happen between two Banks, FX conversions are made in real-time via an ILP connector. This facilitates the conversion of currency (currency inclusion).

The connector in theory, can accept XRP as an intermediary asset and then the value is sent to the corresponding bank using Fiat currency.

Alternatively, corresponding banks could settle with XRP if they don’t want to hold large sums of Fiat. This would be equivalent to the traditional nostro/vostro relationships we see today.

We should know more about the finer workings of xCurrent in the near future. Version updates might also see functionality like ‘Pathfinding’ and ‘Smart Routing’ thrown in as part of the mix.

The facilitator - XRP
Depending on use cases, there’s the understanding that any digital asset, cryptocurrency or Fiat currency can be utilised for payments via ILP.

XRP plays the recommended bridge asset across alternate payment networks via ILP. It’s best positioned for payments due to its liquidity, speed, scalability and low settlement costs. Let's not forget XRP is also the conduit to many other cryptocurrencies and digital assets when positioned as a base currency on exchanges, ultimately helping the cause of Currency Equality.

Tomorrow’s landscape
Building currency equality and endorsing inclusion is a vital step in the development of the cryptocurrency/blockchain space, and it’s only beginning to be heard from a grass-route level within the XRP ecosystem and community.

Without doubt, Currency Equality will have a knock-on effect on our global economic landscape. Enterprise businesses and end-users won’t need to give up their monetary systems, policies or beliefs for a single currency, because with Ripple, ILP and XRP there’s no wrong or right way to value exchange - there’s just a way that works, and it works efficiently when they’re included.

Ripple, ILP and XRP are truly paving the way towards global Currency Equality and acceptance.

It’s these pioneers of the blockchain space that are opening the world's eyes to monetary inclusion, shifting mindsets and old ways of working for enterprise businesses. I look forward to the near future, where ANY currency moves like information, and maybe with a bit of luck, brings more people together. 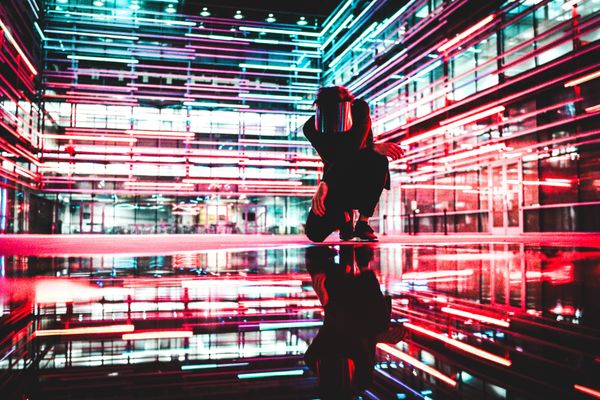 Success is a double-edged sword. When you are the best at what you do, the news media and the public will do two things:  Place you on a pedestal and 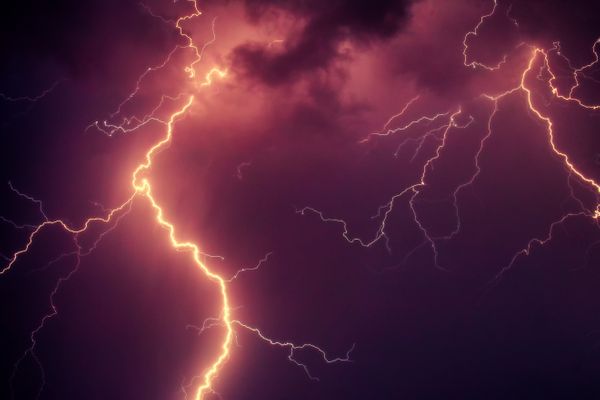 For those of us in the United States, the declining purchasing power of the US Dollar is something that has taken place over generations, so we don't notice it unless