It's a strategy that Ripple has in common with other technology market leaders like Google and Apple.

Instead of building a solution in search of a problem, they've focused on providing the tools for enabling banks, financial institutions, and corporates to connect to each other through RippleNet; a network of organizations using Ripple software to communicate payment information with each other using the ILP (Inter-ledger Protocol) standard.

They could have focused on building yet one more "walled garden" system that necessitates full adoption by banks or financial institutions.  In fact, this is what some of their competitors have done - created an island where a small number of banks can communicate with each other and share credit.

But this walled garden approach does nothing to enable communication between disparate ledgers or blockchains.

The walled garden approach is a symptom of dysfunction, and it's merely an evolutionary way-stop to something larger... something transformative that the next generation will ultimately take for granted - the standardized communication of payment information and instant inter-fiat transition of currency.

Ripple's multi-year strategy is already in full swing, and Ripple's ILP solution - xCurrent - has been adopted by ninety banks and financial institutions.1 These banks will also be the first ones to have a new option with Ripple's xRapid roll-out.  Brad Garlinghouse mentioned recently2 that Ripple is now starting that roll-out with selected partners, and once the elements of that standardized offering have been established, other banks and partners will have the option of using xRapid to easily and immediately start lowering their cross-border costs.

The Order Of Deployment Was - And Continues To Be - Important

Ripple consciously chose to focus on ILP when they had more limited options available with their capital.  While a number of companies and competitors started rolling out walled-garden solutions that contain smart contracts, Ripple focused its efforts at standardization of payments and the creation of ILP.   It then wasted no time in creating ILP plugins for various other ledgers and crypto-currencies, enabling any ledger that was "ILP-enabled" to communicate payment information with one another.

Ripple set aside development of their own smart contracts platform - Codius - for the sake of this effort at standardization.3 This difficult decision was made because Ripple understood that the order of adoption would be key for its banking customers; customers who are notoriously conservative by nature.

Banks are conservative.  Their CEOs and CIOs are keenly aware of the need to use only proven technology when it comes to electronic communication of payments and transfer of value.  The problem with resting comfortably on existing technology is the fact that the current systems in place (SWIFT and the more modern netting systems such as CLS) fall short of what customers demand from modern technology.

Instant payments are an absolute necessity of any future payment and value transfer system for banking.  Not just from a customer service standpoint, but also to conform to new regulations that are being formulated across the globe.

In its recent survey4 of approximately 360 banks and other stakeholders, CGI concluded that both API-driven payments and Real-time payments were the two most important factors: 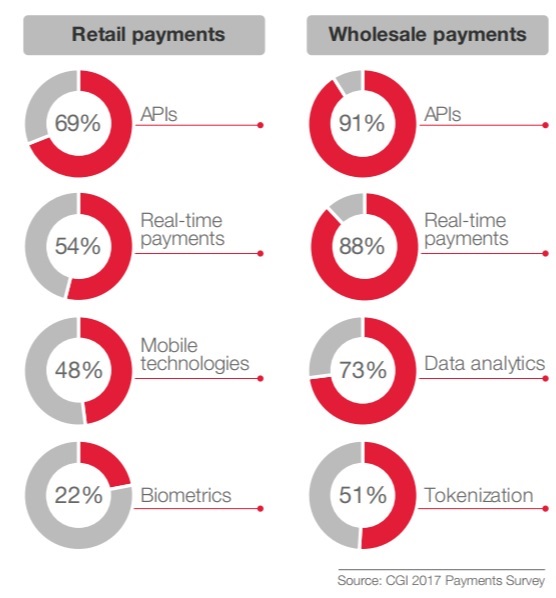 Because of this advance realization of the need for instant payments, combined with the knowledge that banks have a strong predisposition for reducing any risk associated with new technology, Ripple opted to enable banks to continue using their own ledgers.

The only requirement?  Ripple would enable those banks to use ILP to communicate payment information with each other as a first step in making cross-border value transfer instant, certain, and with all costs known in advance.  These are all requirements that are outlined in the latest international efforts at payment standardization and openness, including Europe's PSD25 and regulations and directives from the UK's Competition and Markets Authority (CMA).6

The United States and the IMF Weigh In

In addition to European and United Kingdom efforts at improving payments, both the IMF and the United States Federal Reserve have taken a close look at how the legacy payments communication systems should be improved to meet the basic expectations of customers.

In the United States, this effort was headed by the Federal Reserve's Faster Payments Task Force, and Ripple prepared a response to the Task Force's requirements, describing their current offerings and capabilities.  As part of the task force efforts from the start, Ripple is intimately aware of the goals that the Federal Reserve has in mind for improvement of payments infrastructure.  In its review of various entries to the task force, the consulting firm of McKinsey had this to say7 about Ripple's cross-border value transfer technology:

“The solution bolsters the certainty of the cross-border payment experience by providing end-to-end transaction visibility to banks, as well as settlement confirmation.”

“Ripple enables more transparency in the total cost of a payment to the payee prior to authorization, if participating banks are willing to provide this transparency.”

Walled Gardens Out.  Ubiquity In.

To conclude its evaluation of fintech submissions, the task force also conducted interviews with some of the participants at the end.  One of these participants was Jim Reuter, representing FirstBank Colorado.8

One of the goals of the task force is to promote interoperability and ubiquity of payment technology.  When asked to define “ubiquity,” Reuter noted that interoperability should make it as easy for consumers to send a payment to somebody without worrying about “what network” that they use, or “what app” is necessary to complete the transaction. It should, in his words, be as easy as making a cell phone call and getting somebody on the other end of the line without worrying about “which carrier” that person uses for a phone company.

He's talking about the elimination of walled gardens.

While impressive mobile payments applications like Alipay and Venmo allow us to make instant payments to each other, they are currently dependent on whether participants are customers of the same application.

In parallel to these various government and region-specific payments improvement initiatives, the International Monetary Fund (IMF) also formed its own "High Level Advisory Group on Fintech."  Ripple was also a part of this effort, represented by Chris Larsen, and was the only fintech with a digital asset that was invited to participate with the IMF advisory group.9

In a recent presentation10 at the Bank of England Conference on September 29th, Christine Lagarde, IMF Managing Director, had this to say:

"Four dollars for gardening tips from a lady in New Zealand, three euros for an expert translation of a Japanese poem, and 80 pence for a virtual rendering of historic Fleet Street: these payments can be made with credit cards and other forms of e-money. But the charges are relatively high for small-value transactions, especially across borders.

Instead, citizens may one day prefer virtual currencies, since they potentially offer the same cost and convenience as cash—no settlement risks, no clearing delays, no central registration, no intermediary to check accounts and identities.  If privately issued virtual currencies remain risky and unstable, citizens may even call on central banks to provide digital forms of legal tender. 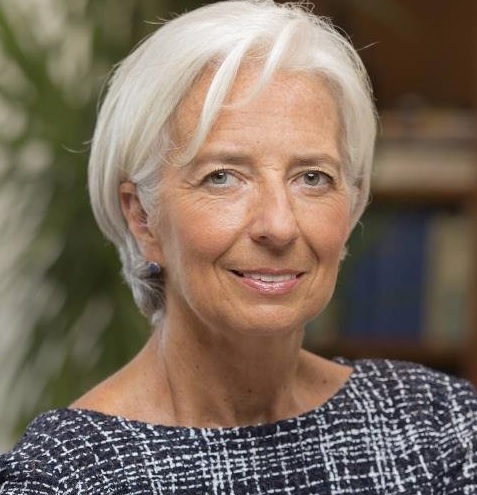 At the same conference, Lagarde also spoke about the possible impact of crypto-currency as a legitimate central-bank option11 for small, developing nation-states:

"Instead of adopting the currency of another country – such as the US dollar – some of these economies might see a growing use of virtual currencies. Call it dollarization 2.0. So in many ways, virtual currencies might just give existing currencies and monetary policy a run for their money. The best response by central bankers is to continue running effective monetary policy while being open to fresh ideas and new demands, as economies evolve."

It doesn't stop there.  The IMF is continuing to hammer on the point that central banks must actively look at blockchain technology.  In a tweet12 on October 2nd:

"Technology, from blockchain to big data, can be used to improve transparency & accountability to fight corruption for the benefit of all."

These comments show that the IMF is keenly aware of the possibilities that blockchain technology represent, and are advocating the immediate exploration of these fintech offerings by its member nations and central banks.

In addition to banks, financial institutions, governments, and standard-setting organizations, Ripple listens to you and me; investors in its digital asset, XRP.

We are the early adopters in its battle to promote the innovation of instant value transfer across borders, and by purchasing XRP, we are creating an active market for the digital asset that will operate as an international bridge device to convert from one fiat currency to another.

Ripple recognizes the importance of our contribution, and has set aside significant resources and time to communicate with us on almost every major forum that crypto enthusiasts use: Reddit, XRPChat, Twitter, Bitcointalk, Quora and Discord.  While some of these interviews and Q&A sessions are planned ahead of time, many are spontaneous, allowing for the free flow of questions and answers between XRP investors and the leaders of the company that created this digital asset.

Brad Garlinghouse's Quora session on October 3rd with crypto-currency enthusiasts13 sent reverberations through not only the crypto community, but also the mainstream press that covers fintech advancements.  His Q&A session content was covered by CNBC, Forbes, and the Huffington Post.14 15 16

And most recently on October 7th, the chief cryptographer of Ripple, David Schwartz, 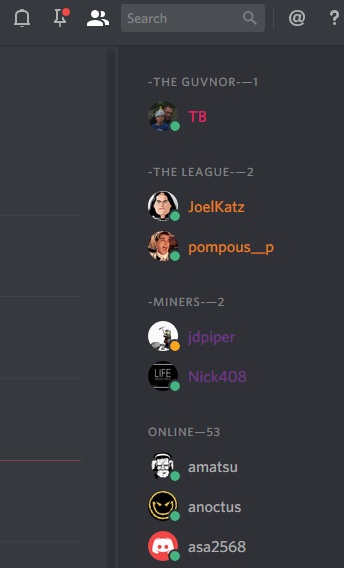 stopped by Discord to answer questions over the course of two hours, to the delight of both XRP faithful and crypto enthusiasts.17

Note: For those that don't already know, David Schwartz goes by the avatar name of "JoelKatz" on most social networks.

It's this track record of openness and accountability that leaves a lasting impression... it's not just an image or a flashy slogan; Ripple has been around since 2012, working diligently to build a payments solution for the future.

Openness Is part of Ripple's Culture; Not Just a Strategy

Why? Because openness and responsiveness enable the creation of the most game-changing technology; technology that has the best chance of truly enabling the success of the businesses and organizations that choose to adopt it.  Ripple knows this.

In their progression of standardized solutions, from xCurrent, to xRapid & xVia, Ripple is charting a course of steady industry transformation using proven approaches built on blockchain technology.  We can already see swelling momentum forming behind their strategy; the next phase in future banking is quickly approaching.

Humor me a moment. Let's start with something we can agree on:  Using a digital asset is not a new concept in finance.  Many examples abound; derivatives, equities, even IMF Special Drawing Rights (SDRs) are all represented by electronic equivalents of their assigned value.

There’s a lot happening with Ripple these days.  With SWELL just days away, Ripple kicked off October’s high profile activity with Quora Q&A; one informal set of questions with David Schwartz (a.k.a. “JoelKatz”) that builds on previous interactions,