So, earlier this week I wrote a blog (https://xrpcommunity.blog/riding-the-red-wave-with-a-smile) regarding @XRP_Productions' Satire Blogs on Coil - https://coil.com/u/XRP_Productions

David Schwartz responding on one of his tweets was absolutely in the top of his most favorite moments, but only 1 day later, there is something else that can be added to this list: His blog mentioned on a crypto websites:

One of his blogs was all about Bearableguy 123 with the title:

The blog, all about Bearableguy 123, showed Ovaltine as the masterbrain behind the riddle bear; being an advertisement stunt:

Eagerly following his clues and devoting thousands of hours to deciphering his messages over the past two years, the XRP community collectively screamed in rage Wednesday when the final Bearableguy123 decoded riddle resulted in the sentence, "Be sure to drink your Ovaltine."

"Two years I've been following that asshole's treasure map, so-to-speak," said another aggrieved community member, Reddit user 'TenThousandDollarXRP', "Hoping it would lead to a mind-blowing truth about the global financial system, XRP being the world reserve currency, ANYTHING like that. And what do I get? OVALTINE?! Up yours, Bearableguy!!"

The vitamin-laced chocolate drink powder company apologized for the two-year charade, explaining that they never meant to cause anyone any emotional stress.

"It was a cartoon bear in a jester's hat," said an Ovaltine representative, "We didn't expect anyone to ever take it seriously."

Pretty good article, BUT the XRPCommunity knew what time it was ...

Then, suddenly, although the article was shared on December 24th, today, December 29th Beincrypto.com came with the following article:

The article writes about the XRPCommunity that had been taken for a ride.

The article reads that the XRPCommunity tried to find the identity of the cute little bear, but that Ovaltine is not the proper answer to their quest.

The writer was NOT sure if this would do anything to the XRP Price ...

I have reached out to XRP the Standard Productions:, shared with him the story and asked for some feedback:

XRPTwin:
So, XRP the Standard Productions, what about this article… what is your reaction?

XRP the Standard Productions:
It is utterly hilarious. Ever heard of a military or government giving a message to a select group to find out which one is the mole? This is similar. My satirical articles will expose who are the morons in the crypto-press who do no research whatsoever. This is the equivalent of a political reporter sharing an Onion article. Hi-lar-i-ous.

XRPTwin:
How are you going to top this one?

XRP the Standard Productions:
I am focused on writing funny pieces of satire, some which make a strong point. I am not trying to ‘top’ anything… but mark my words: there will be other moments where my pieces are picked up by people who do no due diligence.

I reached out to the writer of the article, but he has not responded to share his side of the story...

Important lesson learnt: ALWAYS, I write ALWAYS DO YOUR OWN RESEARCH 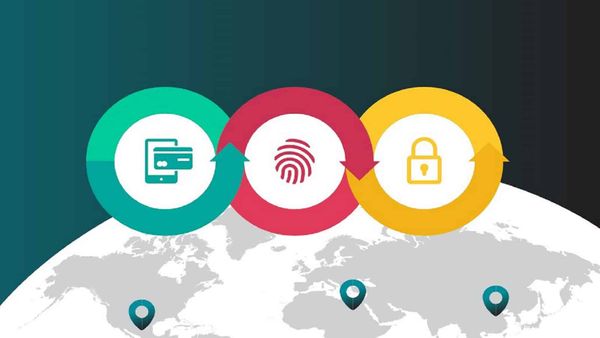 Late last year, Xi Jinping gave a speech declaring that blockchain technology presented an important breakthrough on several key areas within China and that the government intended to utilize the

If you have bought XRP at the end of December 2017, January 2018, chances are part of your XRP holding is still under water, if you would sell this moment.