...the main role of a Futurist is to "build the capacity to see the implications and meaning of change". As a XRP enthusiast, those words sounded like music to my ears, and my mind rushed to think of XRP and its community.

Lately, when browsing along social media, I have come across quite frequently with the use of a particular word by individuals in their bios and profiles to describe who they are or what they do: Futurist.

Not exactly sure about what being a Futurist really means, I turned to good old Google (yes, that web search engine that some Futurists -now that I know the term I get to use it and maybe even add it to my twitter bio, ha!- developed and some others invested on back in the day despite already seeing Altavista and Yahoo go on in full swift, ahem! I mean swing), where I came across this really insightful post on LinkedIn(1) stating that the main role of a futurist is to "build the capacity to see the implications and meaning of change". As an XRP enthusiast, those words sounded like music to my ears, and my mind rushed to think of XRP and its community.

We live in a world that is opening up, where the future will belong not only to those who build it. It will also belong to those who learn to isolate the noise and build the capacity to see around corners, learn to identify which endeavours are poised to change the world and take action to become part of the journey.

In every field of science, there is a myriad of projects and technological advancements brewing as we speak, that if successful, are poised to catapult us right into the future as we picture it and beyond. In economics for instance, in my opinion there is no initiative that would offer more profound implications and meaningful changes to the world and to how we exchange value today with each other than the realization of the vision for the Internet Of Value (IoV),(2), as it would bring long-standing barriers down and enable the democratization of finance by empowering its users to transact instantly not only across borders but also across currencies while closing cultural and socioeconomic gaps.

The XRP ecosystem -that fine-tuned engine you can find under the hood of the IoV- is a powerhouse of Futurists. The list is long, but from its creators to businesses and world-class developers (Coil, XRPL Labs, The XRP Tip Bot just to name a few) who have joined along the way to build on it, to its tenacious advocates in the XRP Community, all have come together not only in a quest to identify the meaning of the changes that the Internet of Value will bring, but also to drive them.

From web-monetization and micropayments to the broader goal of being able to finally move value at the same speed as information the possibilities are endless. If you consider yourself a futurist and still have not researched about the XRP ecosystem and the IoV, come onboard* and let's continue to build the capacity to see, understand and discover all of what this paradigm shift will bring upon us.

*Pro tip: A great place to start would be the numerous posts by the different authors posted on this Community Blog, specially this introduction to Ripple/XRP :).

References
1- What "thinking like a futurist" actually means – and why it's so important - by Graeme Codrington - https://www.linkedin.com/pulse/what-thinking-like-futurist-actually-means-why-its-so-codrington/
2- A Vision for the Internet Of Value - by Team Ripple - https://www.ripple.com/insights/a-vision-for-the-internet-of-value/ 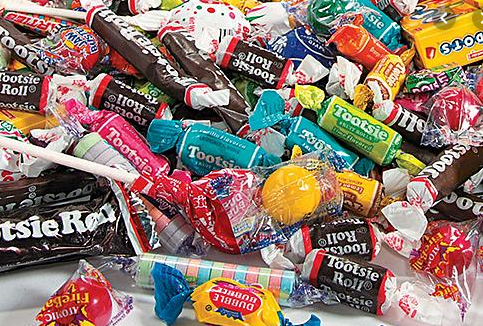 Losing weight has been a struggle for millions and I am not different in that respect. The last years, I do not know how, my counterpart in the mirror started 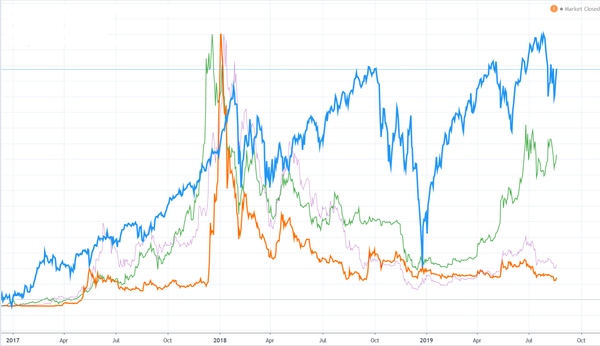 Recently there has been a narrative the past few months that cryptocurrencies or the current digital assets traded on the open market are non-correlated assets to the traditional markets. While