Buffet's office.  It was a humorous tweet; sometimes even the most serious of crypto analysts take time to share a joke once in a while.  Here's what it said: 1

The picture included with the tweet was of this billboard that somebody financed to display outside Warren Buffet's office:

Did Genesis Mining purchase the billboard?  Unknown: But I consider it a likely scenario.  You may have forgotten, but it was Genesis Mining who financed the memorable mock "banker demonstration" against Bitcoin on the opening morning of Blockchain Week in New York City: 2 3 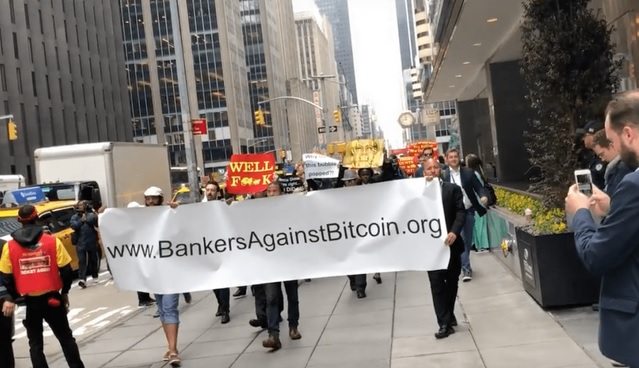 The protest was fake, of course, but it afforded an opportunity to steer many onlookers and curious people to a website where alternative viewpoints to popular finance gurus could be communicated.  The effort is part of a multi-year effort by Genesis Mining to raise public awareness of cryptocurrency & blockchain technology.

It's one of many steps that need to happen to invite cautious investors from mainstream finance.  Is this type of marketing a good idea?  Will it appeal to groups that have not already expressed an interest in digital assets and fintech?

I believe the answer is yes.  We need to see more of these types of guerilla marketing efforts that will shake up the status quo; blockchain technology is revolutionary, but no technology - no matter how incredible - will sell itself.  We need viral applications.  We need advertising.  And we need to make it safe for ordinary investors, along with traditional financial organizations, to own cryptocurrency.

Here's what Amber Baldet had to say about the banking industry's reluctance to implement or use blockchain technology: 4 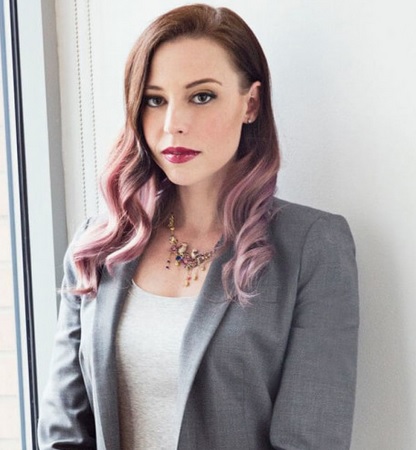 "I think it’s coming sooner than people probably think...But even where the will is, the legal and regulatory framework is challenging.”

The article's author then went on to analyze some of the factors that are causing the current delay in banks and other regulated finance organizations using digital assets:

"Amongst banking culture, many are still shying away from it...security is the primary cause of concern."

eToro is a popular platform for crypto trading, and it supports XRP among many other cryptocurrency choices.  For a while now, the company has been tracking its user's preferences for specific digital assets; and on May 20th, a news site published their findings, indicating which investments were popular according to age group.  Here are the results: 5 I'm seeing a trend here.

The article went on to break down the demographics tracked by eToro, saying:

(of investors), 30% are out of the job market.  Of the professional workers, nearly an equal percentage are in sales and marketing versus computer and IT services.  People working in the finance sector represent 8.48%."

These demographic trends are what we're used to seeing; crypto markets are currently composed of a very limited representation of the larger population, and are heavily skewed towards the younger male population.  While I've quoted these demographics in the past and decried how it exemplifies that mainstream retail investors haven't yet entered the market, the progress towards a more representative slice of investors continues.

Hopefully when we see the next survey - from whatever source - we'll observe some statistically-significant changes in demographic composition.  Until then, however, it's at least encouraging to see new investors hungry for the smartest, most logical choice in crypto; XRP.

On March 27th, Ripple donated $29 million to Donor's Choose, a site that organizes "classroom requests" for donations to teachers.  Every single classroom request in existence at that point was filled by Ripple's donation.  This act resulted in immense amounts of gratitude from the site's founder, along with the individual teachers whose projects were now fully funded. 6 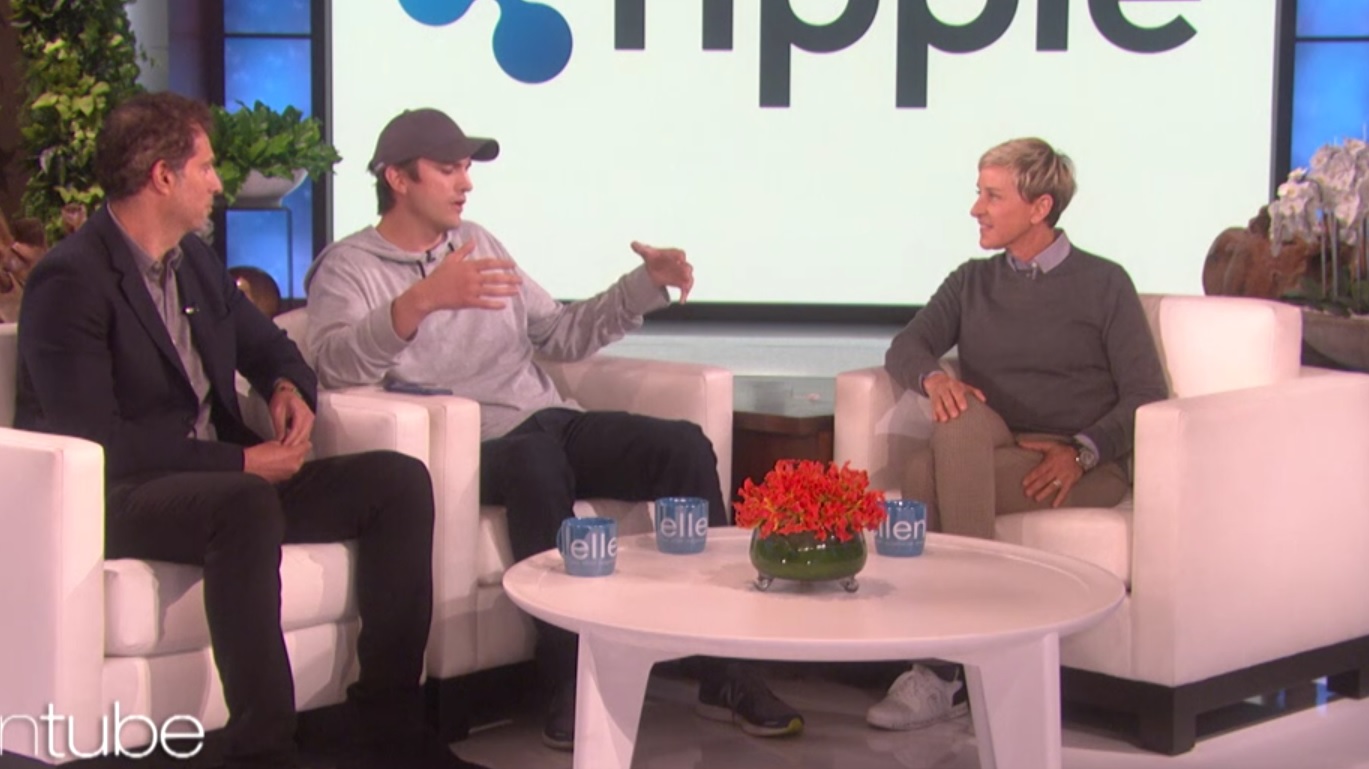 Not only did this donation make headlines throughout mainstream media, it solidified once again Ripple's commitment to using their treasury holdings of XRP not just to build out liquidity but also to help improve the world through philanthropic efforts.  I was ecstatic over Donors Choose, and I'm equally as excited with Ripple's donation to Ellen's Wildlife fund.

The donation to Ellen's Wildlife fund made international headlines, and resulted in a surge of those curious to learn more about Ashton Kutcher's tech fund as well as Ripple and its technology.  One XRP community member researched Google trends to see if there was a significant increase in interest about XRP. 8  Here's what he found: 9 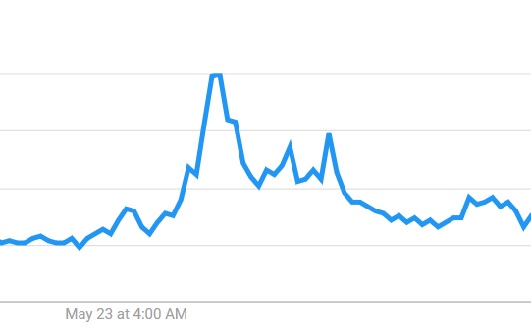 It hit its peak on the day of the announcement; Google trends is not an intuitive measure however, so even though it's maximum percentage of searches occurred on the 23rd, the absolute number of searches kept increasing as the day wore on. 10

Even though publicity is not the goal for philanthropic donations, and advertising tends to be much more focused and direct, this free coverage is also quite positive as the search engine statistics exemplify.

In January, when Gregg Kidd recently invested in Uphold, it was announced that part of his $57.5 million capital infusion would be used to insure the deposits of the exchange. 11 This was welcome news, and the official statement from the CEO of Uphold, Adrian Steckel, indicated that the money would also be used to fund something called “Uphold Labs,” to conduct R&D on consumer solutions, as well as creating new “Ripple-centric projects.”  Uphold also decided to list XRP in its trading of digital assets.

Furthering this progress, Uphold announced that it would move to "full support" of XRP.  This means that traders would have the option to withdraw their XRP to an external wallet if they chose.  This was something that many in the XRP community were waiting to see - an easy-to-use cryptocurrency trading application where they could also withdraw their XRP for safekeeping. 12 13

With more application-based exchanges entering the market such as the RobinHood application, Uphold is taking smart steps to support its leadership in the trading of digital assets.  It will be interesting to see the customer adoption numbers for Uphold alongside its competitors in this space.

LMAX opened the first cryptocurrency exchange that specifically targets only institutional investors.  According to their own press release: 14

"LMAX Exchange developed LMAX Digital at the request of its existing institutional clients, who desired a credible, efficient and trusted platform on which to trade digital currencies with like-minded institutions."

The exchange will start out offering only the most liquid of the cryptocurrencies, including XRP, Ethereum, Bitcoin (Core), Bitcoin (Cash), and LiteCoin.  Unlike other high-value exchanges, however, it's not clear if LMAX will be considered an over-the-counter market or a real-time open market that will report its volume and prices to CMC.  It does not appear to be an OTC market due to this information published within its formal communication: All of these features point to a real-time exchange, not an OTC market.

True to its public-facing information, I don't remember seeing any institutional-only exchange with these features.  The part I'm curious about is its eventual levels of volume and liquidity - can institutional-only membership really drive volume at significant levels?  The company's CEO David Mercer claims that their trade platform moves trillions: 15 16

"Over $10 trillion of FIAT has been traded on our exchanges to date."

Clearly this is one exchange to watch; will it be included in Coinmarketcap listings and other price & volume consolidation sites?  It should be, especially if the exchange can draw the level of volume mentioned in the news release.

In crypto market parlance, "FUD" stands for Fear, Uncertainty, and Doubt.  More to the point, in crypto, it refers to when one or more individuals intentionally spread fear or try to infer something negative about a cryptographic network with no reputable source of information.

FUD is an unfortunate occurrence for any cryptocurrency, and for XRP, the community has created what it considers to be accurate responses to the most common misconceptions about the XRP network by new users.  To consolidate this list, the XRP Community's most famous developer - Wietse Wind - created a website to host the responses to these common questions.

As you can see, it has a very intuitive interface, with the most common statements or causes of FUD listed, along with an easily-accessible response to each.  I've already referred to the site on several occasions to address the points that tend to be repetitive.  The website is located here:  https://fudbingo.com/

Where Will You Be When Mainstream Investors Adopt XRP?

The question is meant to be a humorous statement reflecting the fact that mainstream adoption does not happen when people are looking.  It takes a series of events, news stories, regulation, and other events to sway the general public.  We've made great progress in 2017 and 2018, with the SWELL conference and other high-profile blockchain gatherings, but this trend must continue at an even more intense level to convince the most conservative and skeptical of those in traditional finance.

As time passes and they observe the progress that the crypto markets are making and how blockchain technology like Ripple and XRP are engaging the market, they will start to be convinced, slowly but surely.

In crypto, we need companies, cryptographic networks, academics, and corporate stakeholders to help champion the adoption of not only crypto market investing, but also the technology that underpins decentralized and distributed systems and applications.  Adoption of new technology doesn't happen on its own, and it has been (and continues to be) met with resistance from traditional stakeholders that derive income from broken technology or processes.

It will take time, but remember Brad Garlinghouse's admonition: 17

It's wonderful to be reminded that Ripple, the organization that is responsible for championing the adoption of XRP, is led by a man who possesses laser-sharp accuracy for judging what it takes to truly champion an entire industry's shift in public perception. 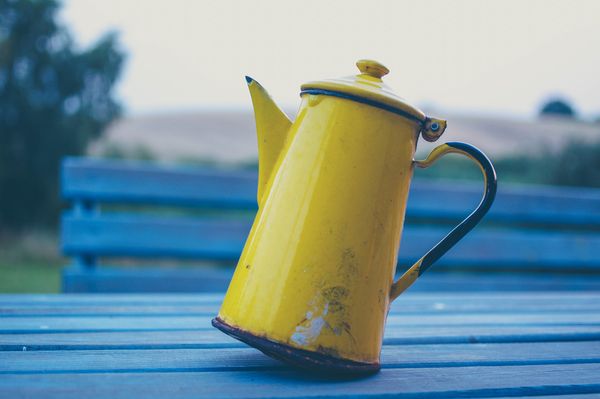 The use of the term 'tipping point' is used to designate when momentum behind a new idea's adoption becomes unstoppable. Has xRapid, Ripple's solution for sourcing liquidity with the cryptocurrency 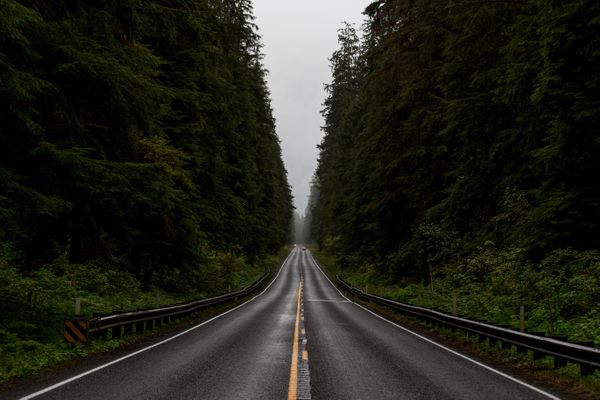 The pivot was quiet. Ripple is a fast-moving, decisive private company, which means that it can respond to opportunities and threats much faster than other types of organizations like nonprofit