In today's emerging Fintech space, we see companies throw around vision statements like memes. For the outsider, it only takes a single peek behind the curtains to realise there’s no real substance holding up a company’s promise, let alone their future foundations.

Ripple’s vision is to create the Internet of Value (IOV) - what I also like to call the 'Idea of Value'.

The Internet of Value is a 360° idea with substance to back its claims. An idea that lives beyond boardroom conversations, cultivating a groundswell from the depths of the financial world and beyond.

In the advertising world, a scalable idea will stretch from channel to channel without losing its effectiveness, promise and audience. In most cases, what propels that idea is a central catalyst or vehicle that is utilized to drive and pull through a message at different touch points.

In order to communicate their message, TAC utilized a fictional spokesperson called 'Graham’. Graham was an embodiment of a superhuman, basically what us humans would need to be in order to survive a low impact car crash. Graham was used to deliver important facts, statistics and information across various touch points of the campaign. E.g. TV, press, digital display, social, content and out-of-home advertising. Naturally, because the idea was so impactful, Graham also generated a lot of PR and organic following.

For reference, here’s a video of the Meet Graham case study:

Essentially, Graham was the vehicle delivering their campaign message, just as XRP is the IOV vehicle for cross-border payments, micropayments, web monetization and beyond.

So what is the Internet of Value?
What entities make it an Idea of Value - one that’s scalable?
And where does XRP sit within the bigger picture? 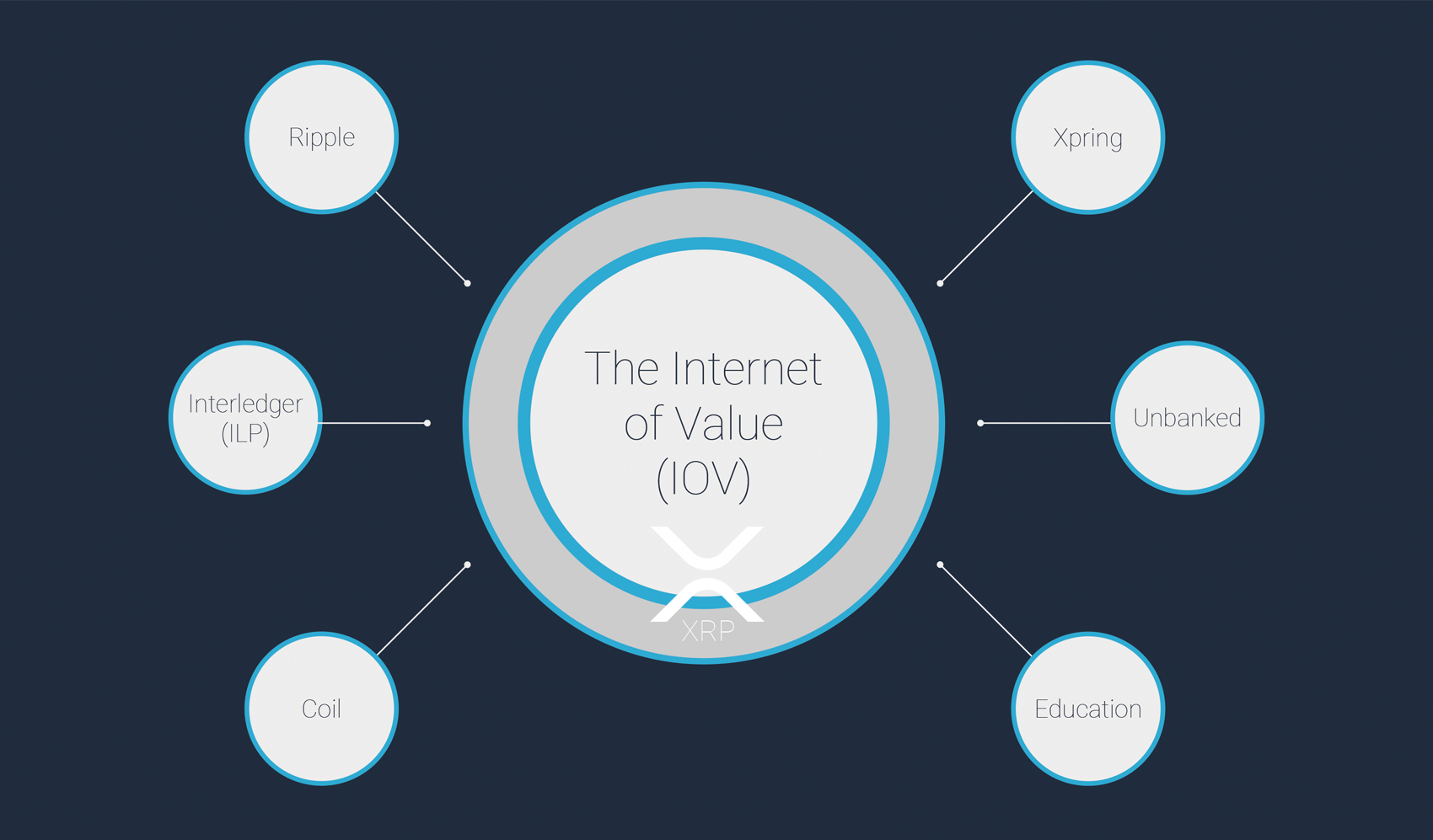 The Internet of Value (IOV)
For enterprise, institutions and individuals, the ‘Value’ in IOV is that crucial 2.0 layer that’s been missing since the dawn of the Internet.

With the IOV, value moves in real-time. Just like people have been sharing words, images and videos for decades.

David Schwartz, Chief Technology Officer at Ripple, spoke at MoneyConf in June 2018. In his discussions with the presenter, he gave his definition of the IOV.

“The Internet of Value is to break down the siloing, to do for money what the Internet did for information…[and] make it so that money can flow as easily as information does.”

He then went on to talk about his vision.

“The simplest vision is that you could pay somebody through a universal payment address, and it doesn’t matter if they’re using PayPal or a bank or Bitcoin or a mobile payment system…The money would just find a path to flow.”

Ripple
Like the Transport Accident Commission, Ripple took the higher ground by developing, nurturing and seeding the idea of the IOV within the Fintech and payments category.

To get the wheels in motion, Ripple’s main focus was to build a regulatory-compliant payment system for institutions. The idea to make cross-border payments frictionless by utilizing a suite of enterprise solutions, and the decentralized digital asset XRP.

But that’s only one piece. Not to spread the peanut butter too thin, Ripple looked to an army of entities, communities and avenues to scale an idea as big as the IOV. (Let’s hope I didn’t miss any.)

Interledger (ILP)
What good is the Internet of Value, if it’s not interoperable? Enter the Interledger. An open-source protocol with ability to interconnect ledgers and blockchain platforms. 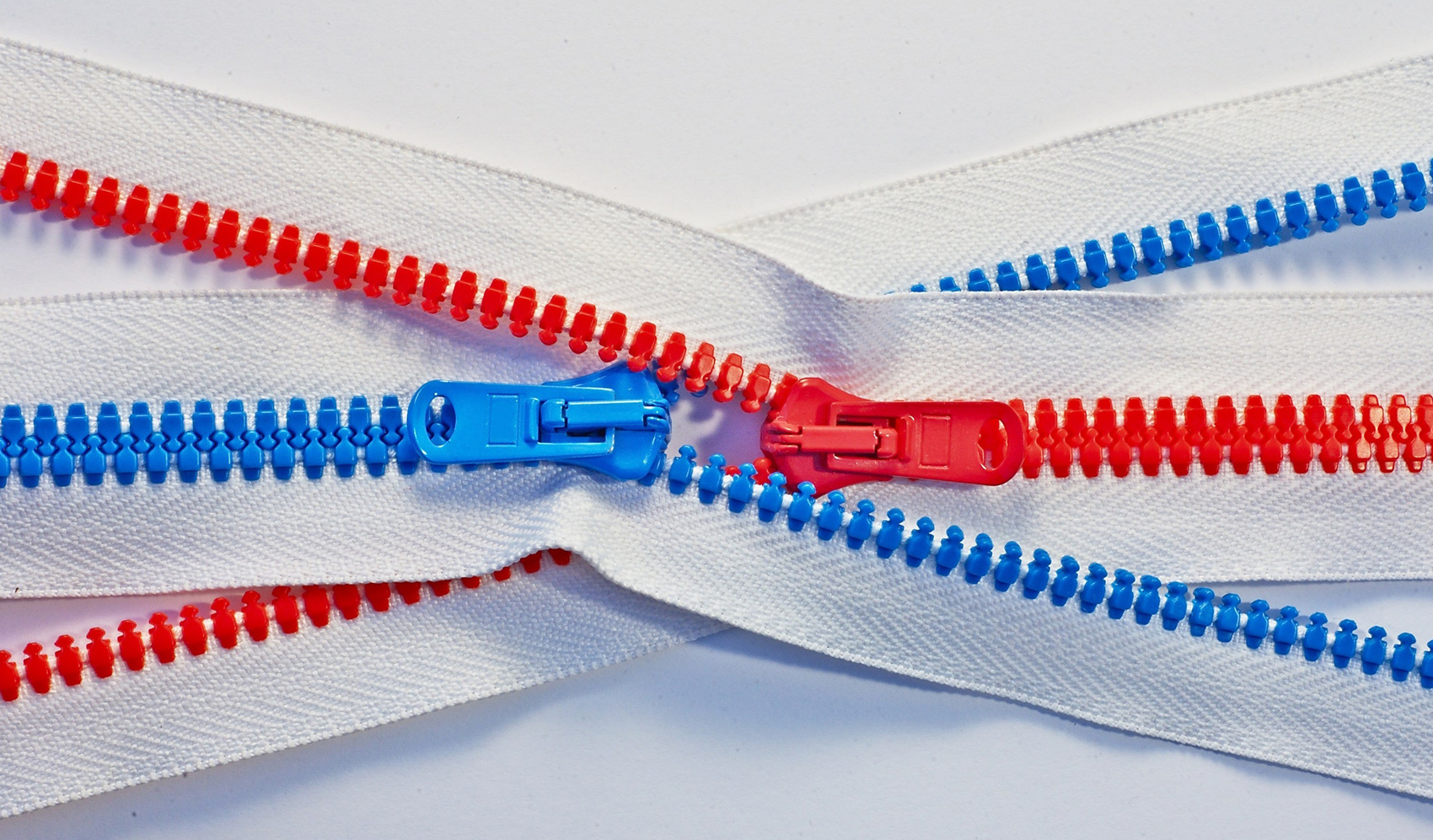 The Interledger protocol was born from the Ripple stable in 2015 by Stefan Thomas (founder of Coil) and Evan Schwartz.

In layman's terms, ILP can send value across independent payment and bank networks, such as XRPL and the Bitcoin Blockchain. Whilst ILP is fiat and digital asset neutral, it works arm-in-arm with the best interoperable asset for the job: XRP.

More recently ILP has played an integral role in the W3C (World Wide Web Consortium), developing a Web Payment API that has been rolling out to billions of iOS and Android devices.

Coil
May 2018 saw a new business model established, Coil. Founded by Stefan Thomas (co-founder of ILP), The idea here was to further build out the IOV through Web Monetization. Coil’s goal will be to develop micropayment applications on the Interledger and XRP Ledger, inherently promoting the digital asset XRP and Codius.

It’s still early days for Coil, but here’s what the founder, Stefan Thomas had to say in a launch article about their next steps.

“Coil’s first product will be a flat-rate subscription for consumers which will allow them to support creators, breeze past paywalls, see less ads, and unlock additional features and content. Instead of building yet another proprietary platform, Coil will be the first company to pay out to any website using Web Monetization, a new standard for how browsers can pay websites using Interledger.¹”

Xpring
A relatively new initiative by Ripple, Xpring will incubate, acquire and provide grants to companies and startups running projects in the emerging payments space.

These companies will use the digital asset XRP, the XRP Ledger and the decentralized technology behind XRP to solve real customer problems that sit within the IOV.

The Unbanked
Globally, 1.7 billion adults remain unbanked, yet two-thirds of them own a mobile phone that could help them access financial services². 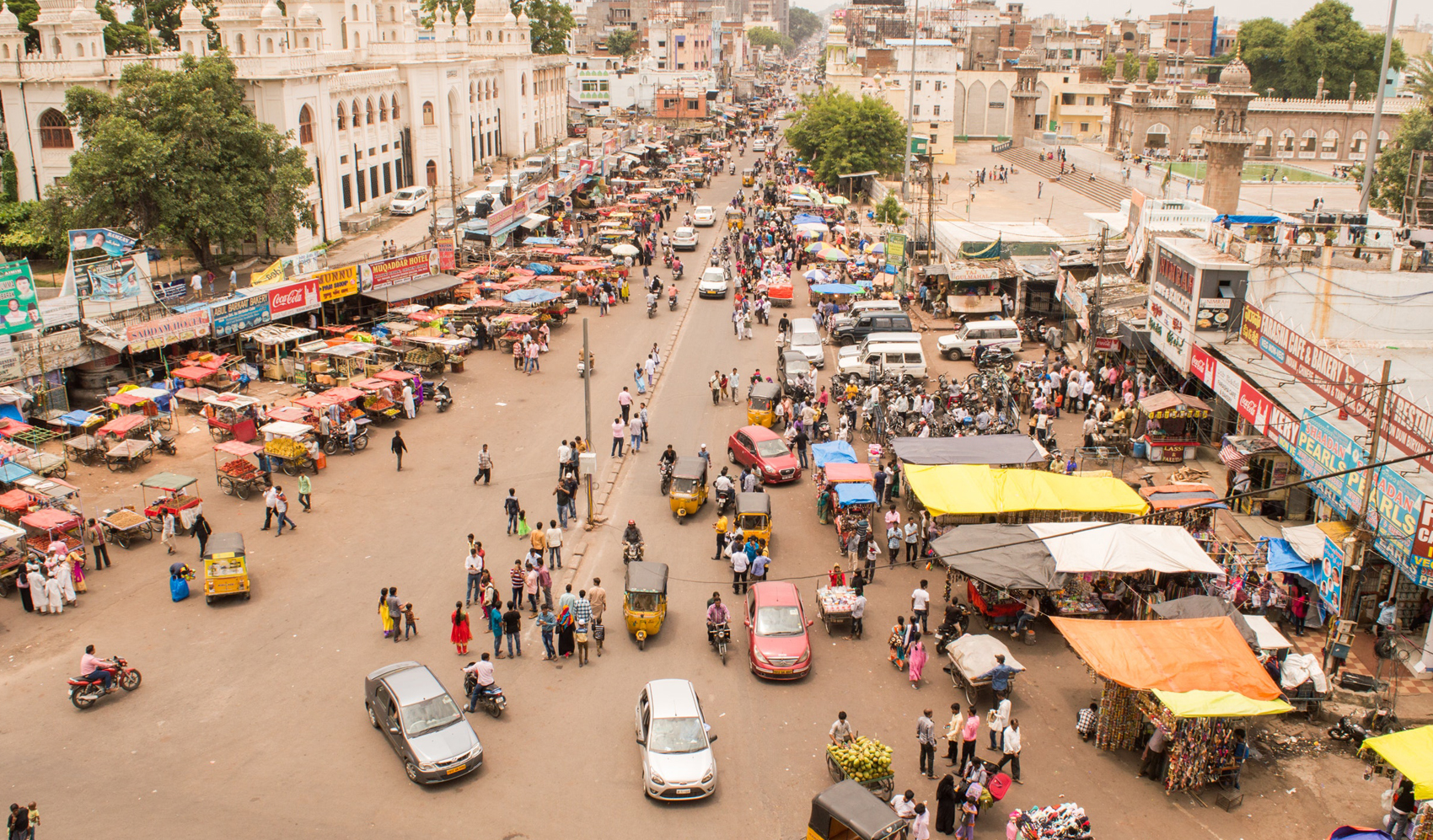 In October 2017, Ripple and the Gates Foundation joined forces to create a new open-source software called Mojaloop for developing countries in need of financial services.

Leveraging the Interledger (ILP), the Mojaloop software can be used to connect mobile users with merchants, banks, providers and government offices.

Although XRP isn't utilised in this project, this is just one example of how the IOV can cast its net across the unbanked in the future.

Through a collaboration with top universities around the world, Ripple will support and accelerate academic research, technical development and innovation in blockchain, digital assets and payments.

To date, Ripple has committed $50 million to fund over 17 universities across the globe.

XRP
If you haven't already noticed, there’s clearly a commonality orbiting the IOV. The digital asset XRP is the vehicle of choice that can run payments cheaply, faster and with record scalability.

An important thing to note here, is no matter the touch point, XRP isn’t forced upon audiences using any particular network or system. It's looked up to as the digital asset solving real problems in liquidity, bridging, settlement and interoperability. XRP is in a class of its own.

So what's next for the IOV?
Today, we’re just beginning to scratch the surface. What happens once we step outside the IOV? 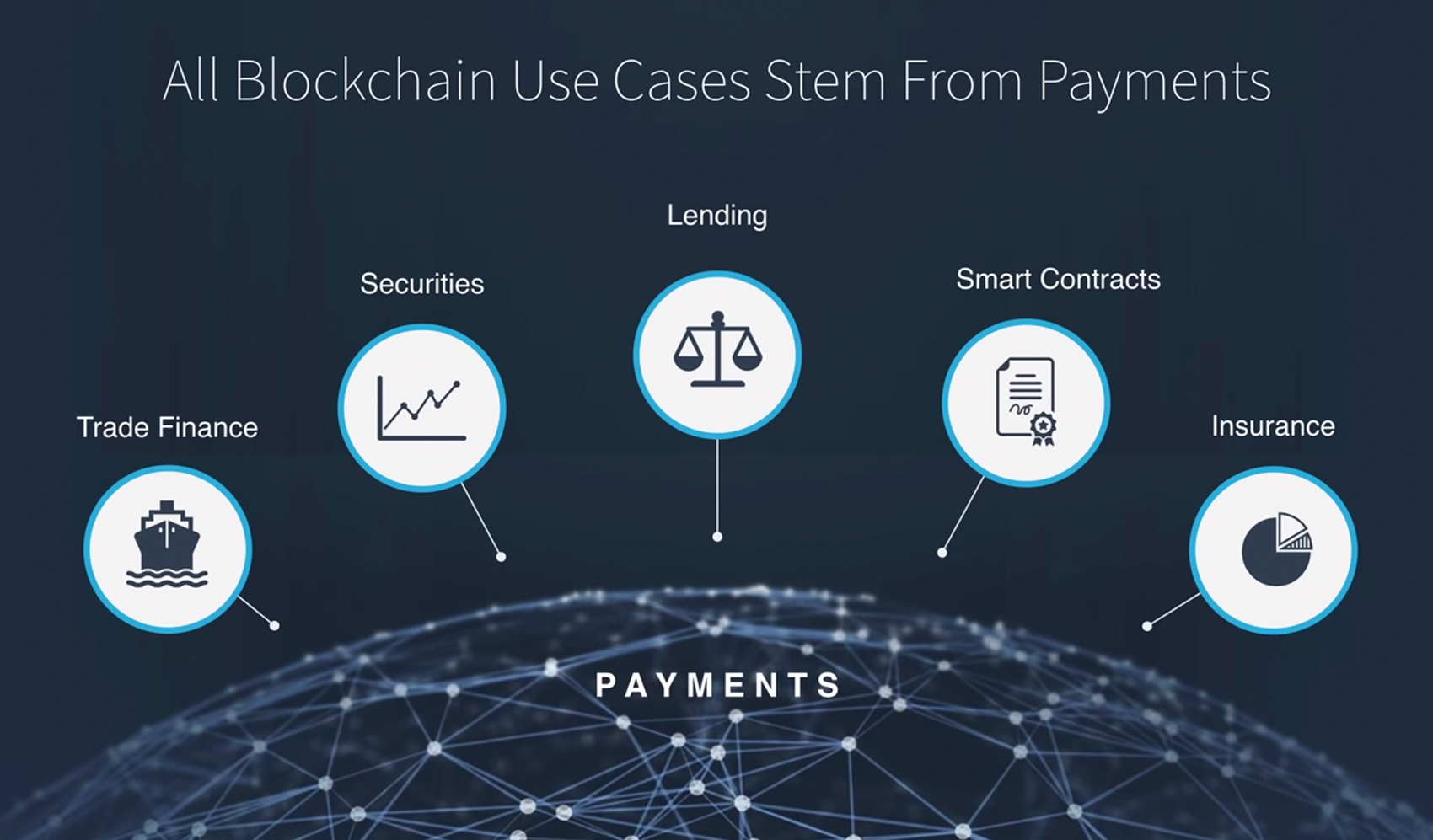 The above slide took my attention in a recent talk by David Schwartz at Unchain 2018³. Whether it's trade finance, securities, lending, smart contracts (Codius) or insurance, these use-cases stem from one fundamental part of the IOV: payments.

We can't even begin to comprehend what the Internet of Value will uncover in the future. Ripple, Interledger, Coil, Xpring, Education Initiatives and the wider XRP Community will definitely have leadership roles in bolstering Ripple’s vision of the IOV.

Like the tentacles of a giant sea octopus, the IOV is taking hold of the payments industry and not letting go.

The Idea of Value
One of the most crucial things in advertising and business is to back-up and not waver from your original idea. Collectively, Ripple and the wider ecosystem have stuck to their guns and future-proofed a vision, delivering on a promise to ‘make value move like information’ at every touch point within the payments sector.

The IOV is truly redefining the Idea of Value and the way it moves in our ever-changing world. 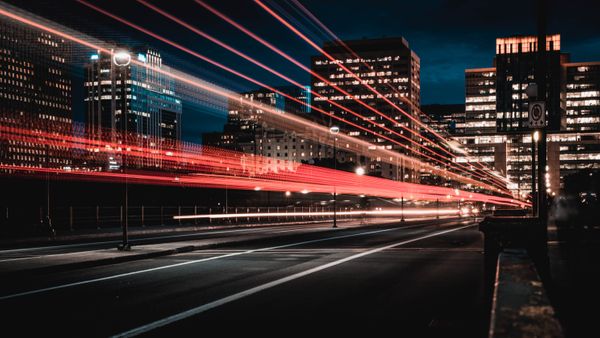 A look back over the crucial events of the last six years since the launch of XRP. 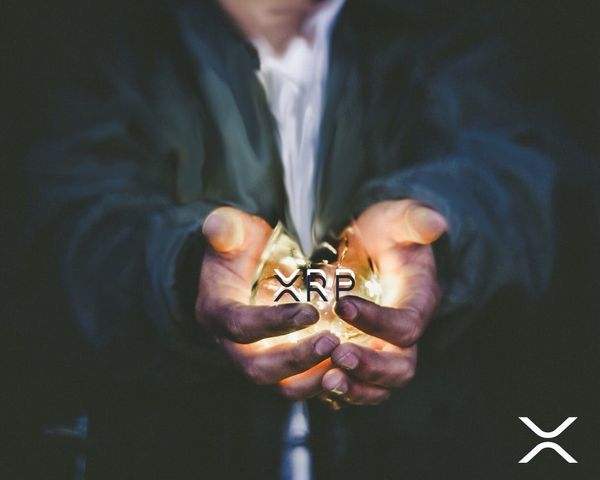 Ask any skilled problem-solver what the key tool is for formulating a solution, and you will inevitably arrive at one inescapable answer: imagination.   There are many problems in the world,