Following up on our learnings in the Geopolitics of XRP it is worth revisiting the time period between both world wars, and the transition from British pound dominance to American dollar dominance which took place.

For centuries wealth moved around the world following the corridors built within the financial and banking structures of empires. Whether it was the Spanish, the Dutch, the French, or the British, with the emergence and incremental replacement each new empire pulled a substantial percentage of the wealth from the one which existed it before it. This wealth didn't transfer overnight but took many years, sometimes decades or half a century before the substantial percentage of value and trade interests were fully realigned with the new power structure.

Cultural identifiers and characteristics of the preceding empire also transfer forth into the culture of the new empire as the families associated with much of that wealth also moved and brought those characteristics with them. Old Dutch bread is one which is still around, as are french fries, croissants, bagels, and all manner of other cultural identifiers which mark the transition of empires.

Sociologists will often discuss these cultural identifiers in simple terms of the migration of people looking for opportunity, which is partially true, but there is a much larger mechanism taking place which is built around the transition from one dominant reserve currency to another which serves as the active component of empire building and transference.

This is important to understand as it relates to XRP for multiple reasons, which we will explore towards the end of the article.

The transition from the British empire to the onset of American imperialism in 1944 happened over a period of 72 years. It was in 1872 that the size of the American economy surpassed that of the British economy. But even though the American economy was larger in GDP comparison it still took until 1945 for the pound's share of foreign exchange reserves in institutions around the world to be replaced by the dollar.

Even in 1899, 27 years after the American economy surpassed the British economy, the pound still held almost double the share of foreign exchange reserves as its next closest competitors, being the franc and mark. The dollars reserve accumulation still hadn't caught up to those of previous empires.

While the British central bank, the Bank of England, was established in 1693, the Federal Reserve in America wasn't established until 1913. The following year America switched from being a debtor nation to a creditor nation. During the same year Britain switched from being a creditor nation to a debtor nation, and by 1915 American exports finally surpassed British exports which served as one of the last breaths of the British Empire.

From this point the fate of British Empire was irreversible and America plowed ahead and into World War One where it provided the major source of foreign loans for Britain to fight the war.

After the war, the American dollar was the only currency which remained convertible into gold at a fixed price through the 1920's. Gold standards by nature are deflationary which was one of the leading contributors to the contraction of the money supply in the lead up the crash of 1929 and the 1930s depression.

It had become clear to all paying attention in 1914 and 1915 that the American dollar was on its way to replacing the British pound. The traditional movement of wealth from empire to empire began and it took 29 years and two world wars for the transformation of the monetary and geopolitical worlds to be complete.

The argument can also be made that the initial point of change happened in 1872 when the size of the American economy surpassed that of Britains, which would mean that the full transition took 72 years. Either way, the point being made is that decades had passed with the dollar serving as the defacto reserve currency before it was officially agreed upon at Bretton Woods in 1944.

The replacement of the international reserve dollar has been equally building and gaining momentum in the years since 1985, which was when America became a debtor nation again. The technology behind blockchain and the Interledger Protocol has been developed far from the minds of the general public and the imaginations of monetary policymakers in central banks and institutions around the world.

The fact that XRP is the most perfect and advanced version of the bancor which John Maynard Keynes envisioned for Bretton Woods and the post-war monetary system only adds further momentum and alignment between those nations and banks who understand the need for a supra-sovereign exchange asset which can be fully decentralized and function outside of the manipulation of special interests.

The new international monetary system which is being developed will be built upon the payment corridors and Internet of Value which Runs on Ripple. This ecosystem is more developed than most of us would consider.

For sure there will be other crypto assets which contribute to the new international monetary system but it will be XRP which serves as the Interledger bridge exchange asset which connects all ledgers and assets through the frictionless and incredibly scalable movement of value around the world. Like the empires of old moving wealth from region to region, it is now the Interledger which will move value everywhere.

Think of it as a sort of blockchain multiculturalism which will carry the characteristics and identifiers of the whole world into a new value-based ecosystem which exists everywhere simultaneously. A boy in Africa can send a micropayment to a blog owner in Canada in the blink of an eye, while trillions move around the world in the same timeframe.

My grandfather would tell the story about when he was a boy during the 1930's living in Newfoundland. There was nothing in the stores and you could hardly find a bag of potatoes. As the world was building towards war there was suddenly all sorts of goods loading up the store shelves. It was like value had suddenly appeared out of nowhere. It will be like this in many places in the world which have been cut off from the larger monetary world.

This transition is happening. Make no mistake. But don't expect a big announcement to herald the day when XRP took over the world. It will just happen. Like bags of potatoes suddenly appearing everywhere all at once.

Written exclusively for the XRP Community Blog and published simultaneously on Philosophy of Metrics. 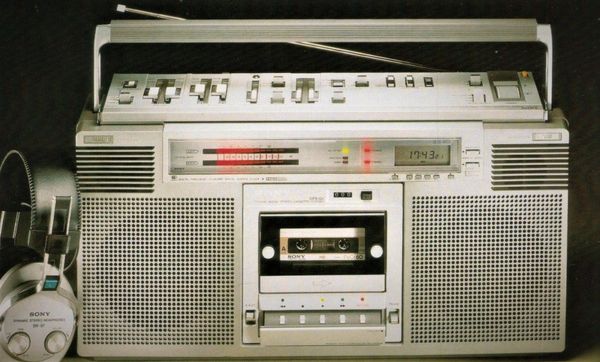 That is seventeen trillion, six hundred and twenty five billion dollars transferred to the wrong accounts or to dead ends through the swift messaging system...every year....

This will begin with the idea of loaning XRP to Exchanges, for reasons explained in the previous segment, then I will take those ideas about lending XRP and point them towards Banks, and Central Banks as well as other xCurrent users. Exchanges & Remittance