A paranoid rant about Bitcoin being a central banking conspiracy makes for compelling "infotainment", and we all know how popular that is in this day and age.

I actually like watching videos on YouTube that purport to "reveal conspiracies", and so reading the entire manifesto from Brandon Smith on zerohedge wasn't a difficult task for me.

But I jotted down some notes.

My Response to Brandon Smith's Conspiracy Theory about Bitcoin

And that's just it.  Yes, the crypto-anarchists might have uncovered something.  It might all be an experiment by a powerful central banking cabal whose first experiment was a proof-of-work blockchain that will eventually be crushed under its own weight.  But their paranoid conclusions about how this might affect the world reveal bad judgement and flawed critical thinking.

They Need to Respect Science and Objective Facts

When a person with an agenda encounters a set of objective facts, it's interesting to see what happens.  It's typically an example of selective hearing, where they focus on the parts that support their points and ignore the inconvenient truths that surely must lead to other logical conclusions.

One is the writer's claim that there is a "complete loss of privacy" when people use crypto-currency.  His basis for this claim? 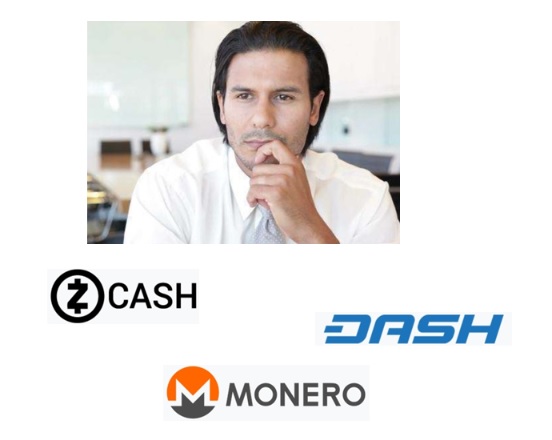 Not one sentence was wasted on debating anonymity versus privacy.

In this article, and in general when debating the topic, some crypto-anarchists don't see any difference between anonymity and privacy.  But there is a very important distinction.

We also would prefer that our health information not be plastered about in a newspaper.

This is called the "Rule of Law."  Basically the rule of law is where a line is drawn between the best interests of society at large and an individual in specific.  We make these compromises as part of a civilized society, and it's that social contract that binds us together and allows us to collectively make decisions for the good of the group.

We use taxes to repair roads, care for the elderly and to provide a safe environment for our children. This is what a civilized society does.

And based on history here in the United States at least, having a centralized, global currency won't change that.  Citizens around the world will make the first thing on their agenda the crafting of privacy rules to govern any such scheme.

Privacy implies that my transactions will not be revealed unless there is a very compelling reason to do so, using the rule of law.

The ability to reveal transactions under specific circumstances isn't only good for the government prosecutors.  It can be to your benefit as well.

If there's a court case involving my purchases, then I should have the right to present all of my purchases in defense.  You see how this also works for me?  What if the police were accusing me of committing a crime at the exact same time I was purchasing a coffee across town using my unique ID stored on an immutable database?

It's a game-changer for defense lawyers, not just prosecutors.

Does Anonymity Serve any Positive Function?

We need truly anonymous transaction systems to help fight corrupt governments, even when those governments don't think they're corrupt.  Some worldwide regimes want to suppress citizens' rights, and in those countries, a Dash, Zcash, or Monero truly serves an enlightened purpose!

Unlike some critics, I also believe that truly anonymous transactions are convenient in specific "non-illegal" ways.  In cases where we have to make truly embarrassing transactions (buying a gag gift for a friend's bachelor party), or for purchasing items for somebody else that might have a pressing medical need where they're refusing to see a doctor.

But these are rare circumstances.

Having a one-world currency won't change whether these anonymous currencies still exist - how can it?

Monero, Zcash, and Dash all exist in a trustless, distributed blockchain, and cannot be stopped by authorities.  Sure, governments can shut down registered exchanges, but they can't shut people down, and people are the ones running crypto, as we've all learned.

If Bitcoin truly was a clandestine experiment by central bankers, then it backfired on them in a spectacular way.  They might now have the means for a central world currency - and yes I believe that could be XRP - they've also created the tools for successfully processing impossible-to-trace, truly anonymous transactions!

Crypto-anarchists need to keep it real.  They need to welcome a new world currency with open arms, knowing full well what a gift Bitcoin technology was, not the other way around.

A One World Currency Could Do Amazing Things

Crypto-anarchists also don't acknowledge any of the well-documented, positive outcomes from a one-world currency that could truly scale.  But the IMF 6 surely does as well as the United States Federal Reserve.  Faster payments has become a integral part of their focus. 7

The Velocity of Money and the Network Effect have been proven to supercharge an economy in closed systems. 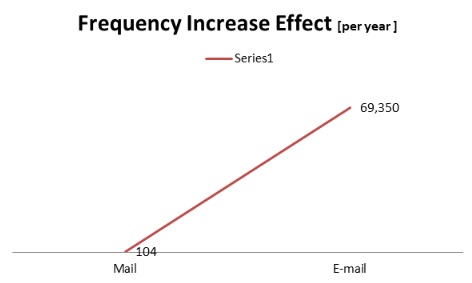 I've blogged about this effect before, and the positive way that XRP could serve this need at a global level when transferring money across borders.

Application of sanctions by the United Nations would carry much greater weight if world financing by the IMF could be tracked on an immutable record like the XRP Ledger 10.  These sanctions could force countries to stop warring against each other, or to change their policies to protect civil or human rights.

A Centralized world currency isn't all bad - it's not going to kill off other crypto-currencies, and it's not going to take away humanity's permanent predilection for black markets or other vices.  These will always adjust and find new places to pop up.

My conclusion is that a one-world currency would be a positive outcome for most citizens, and it supports the rule of law and citizens rights' much greater than one in which any government can set up their own currency to control the populace.  My conclusion is based on objective evidence and the lessons of history.

What do you think?  Is it time for a one world currency?

Nobody talks about block size. And is it any wonder?  It's a heady topic, and XRP's performance metrics are so sexy in the other areas that bankers and financial institutions focus on.  Before I talk about block size, if you haven't seen the head-to-head

With the latest Bitcoin governance drama happening today (August 1st 2017), it's an opportunity for crypto investors to review their choices up to this point, evaluate the impact on their bottom line, and make some difficult decisions. Lately Worldwide.... A lot of capital left