With the latest Bitcoin governance drama happening today (August 1st 2017), it's an opportunity for crypto investors to review their choices up to this point, evaluate the impact on their bottom line, and make some difficult decisions.

A lot of capital left the market in late June and July to "wait out" the Bitcoin fork impacts on the market - before and after the fork date.  This left the "true believers" in each crypto currency holding the bag as they watched their portfolio decline in fiat-measured value.

Generally speaking, crypto investors didn't lose faith; they'd seen far worse over Bitcoin's price history, when it first touched $1,200 and faded for the next two years, to it's record highs achieved and broken in the past two months.

They'd been through this before, and for those that own XRP the ride was made much easier through the sheer power of the use cases that drive XRP's value.  1

XRP is a store of value like any other crypto currency or digital asset.  It relies on the distributed approval of trusted nodes to process transactions, and can be owned by anybody.  (So, yes, it covers everything that Bitcoin can do).

In addition to doing everything that Bitcoin does, it does it better.  And not just by a little... there is no comparison of distributed payment technology currently in a production setting that is faster than the XRP Ledger.  2

So now we know that the XRP Ledger is faster than other crypto-currencies.

But that's not the greatest part!  What makes XRP unique among the crypto currencies and what has the potential to transform the world economy?  It's use as a bridge asset to transform currencies into any other currency at a fraction of the cost to do that currently. 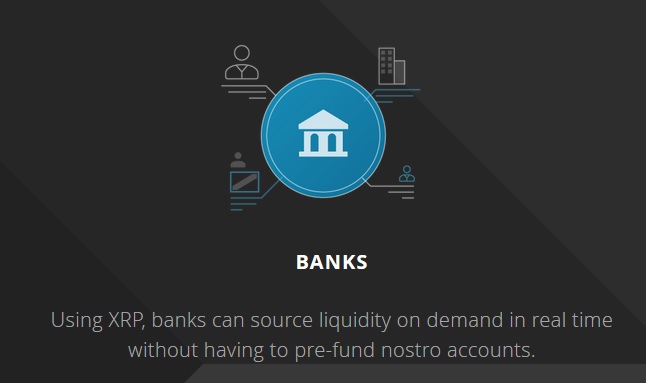 Banks and financial institutions are jumping on board quickly, along with huge money transmitter services.  MoneyGram is one of the businesses to utilize RippleNet to lower costs for consumers directly. 4

Businesses can use RippleNet to send payments internationally for a fraction of the cost. 5

The numbers of banks and businesses using Ripple is growing each week.  At the time of this writing, 90 customers are currently using RippleNet, and over 75 banks and financial institutions are deploying RippleNet commercially.  6

XRP, unlike other digital assets and crypto-currencies, was created by a US-based business.  While Ripple created XRP, anybody can own it for themselves.  Ripple has used its share of XRP to bootstrap the first new global payments network in 40 years. 7 8

Ripple is one of the shining stars of Silicon Valley and has won numerous technology awards 9 10 and been recognized as one of the top new fintech companies to challenge traditionally slow movement of capital across borders.

The IMF asked Ripple to be a member on its Technology Advisory Board earlier this year. 11 Ripple also established the Interledger Protocol (ILP), an international standard for how payments should be communicated over the internet.  12 This standard has now prompted many different ledger systems to add "ILP Plugins" so that they can communicate directly with other ledgers including the XRP Ledger.  13

When other crypto currencies held their breath on July 31, cowering from the dark cloud of the Bitcoin fork, Ripple decided that it would instead take control of its own destiny and officially announce their future technology offerings; charting their course through the chaotic crypto market of early August. 14 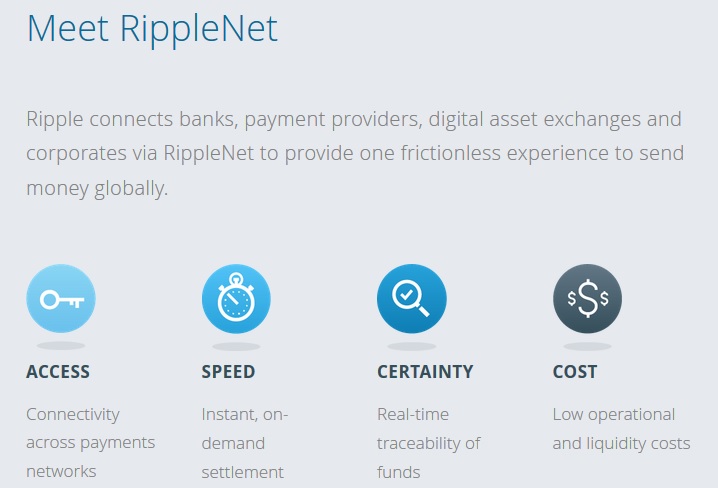 This includes the debut of:

While xRapid and xVia are currently in development, this announcement provides the clear path forward that many XRP fans were clamoring for.

The Future of Payments

Behind the scenes, Ripple has been working tirelessly at navigating its way through uncharted territory ... at speeds that indicate to an entire industry who the new global leader is for low-cost, instant payments:  Ripple

What powers Ripple behind the curtains?  A digital asset that has the potential to accelerate the velocity of money and supercharge an entirely connected new global economy:  XRP

A paranoid rant about Bitcoin being a central banking conspiracy makes for compelling "infotainment", and we all know how popular that is in this day and age. ZeroHedge ArticleI actually like watching videos on YouTube that purport to "reveal conspiracies", and so

I spend a lot of time on the XRPChat forum, interacting with other XRP investors and discussing our main focus on that site - promoting the development of the XRP community, whether it be increasing the number of investors, or building on Ripple's technology