When you get access to the full transaction history on the XRP ledger, exploration opportunities are endless. This article highlights some of the possibilities I have found with my limited imagination.

All the examples are using only transaction data from Google BigQuery provided by Wietse Wind, so nothing such as current wallet balances, and only consider XRP and not any other currencies.

The dataset contains the full available history (32.570 and forward).

These variables we can use to make assumptions of wallet use, e.g.: 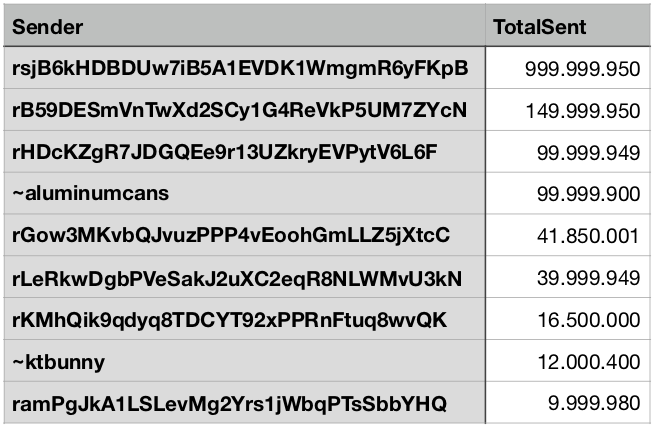 Since I am not looking for anything specific in these queries, it, however, reveals some interesting things. E.g. a “stress test” wallet that has been used to transfer 345.6B XRP in transactions not larger than 1.6M. Or this wallet, that has received 546.7M XRP, but also sent the same amount, but never in larger payments than 4.35M.

2. Network amongst most sending wallets

Making a graph of the 50,000 wallets that has sent the most XRP all time, a network can be visualised. 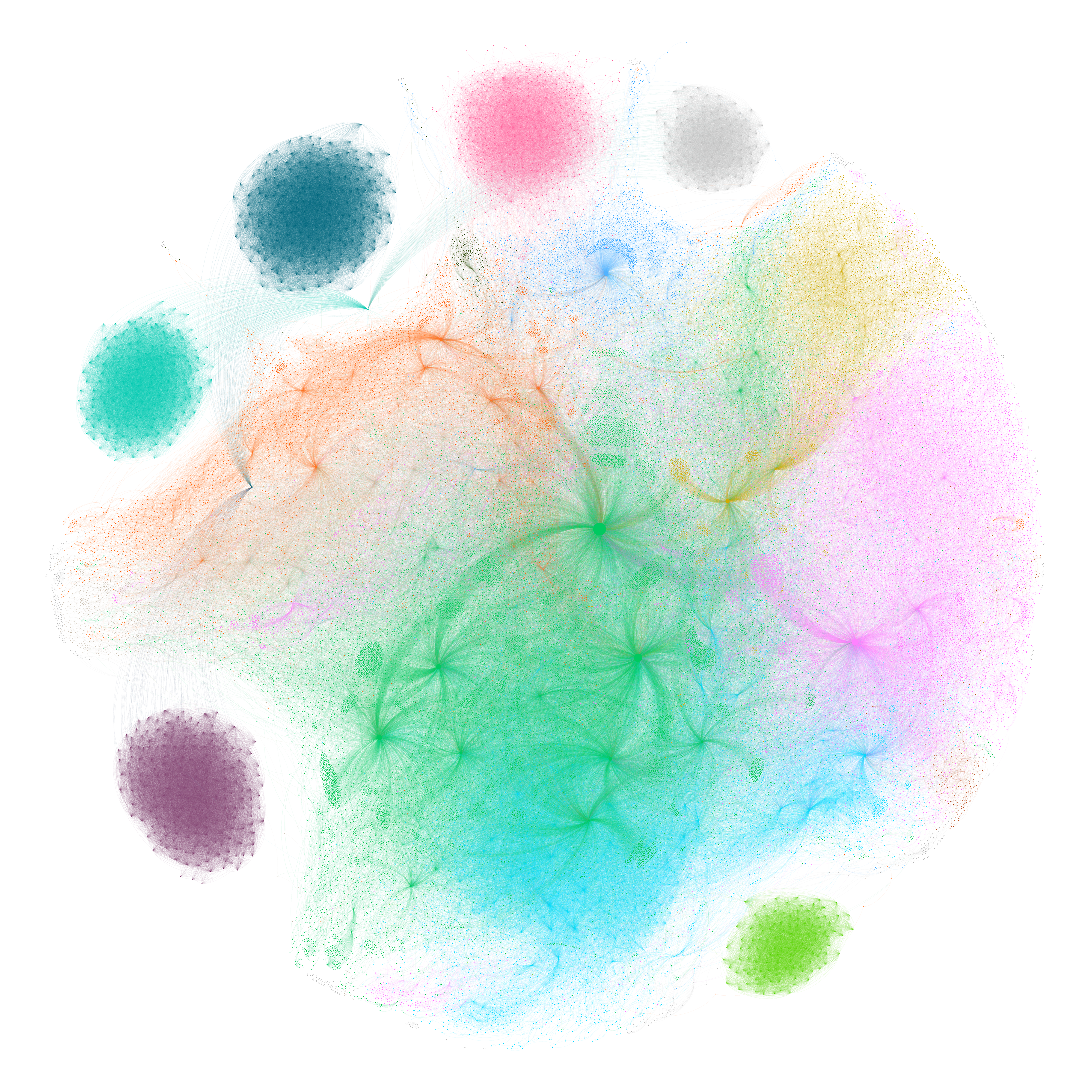 Adding data to the graph shows some interesting connections — especially some of the nodes connecting to the isolated communities, that are unnamed wallets. (I am sorry about the overlapping labels). 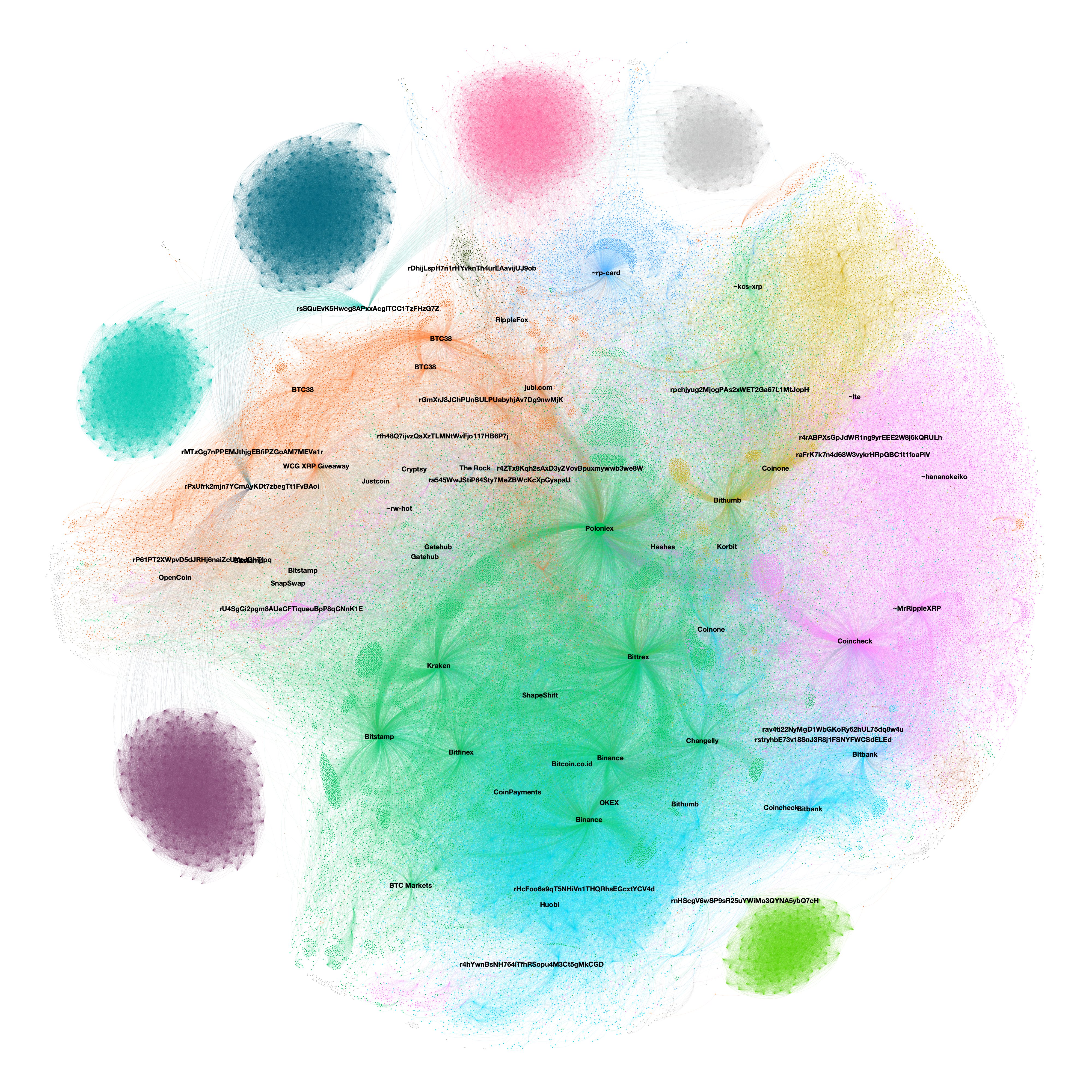 3. Network around a wallet

In this example, I am using one wallet as a starting point (why not the XRP Tip Bot?) and their internal payments.

The XRP Tip Bot wallet has sent payments to 685 other wallets, but connections amongst these wallets amount to a total of 2,839 lines.

Scaling it out to the next degree of connections results in almost 500,000 wallets! 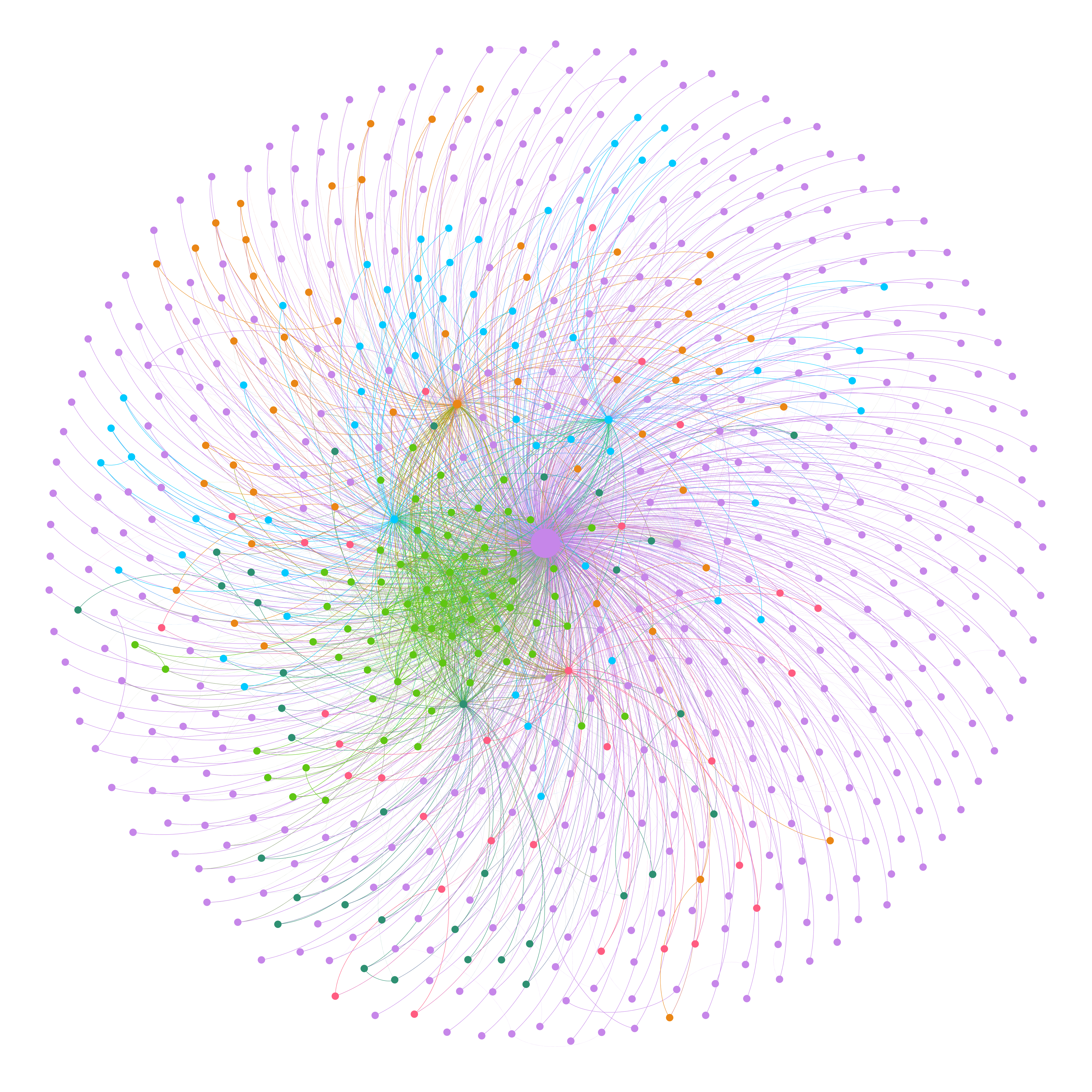 As one might assume, the clusters are primarily based around exchanges. The same graph below with labels. 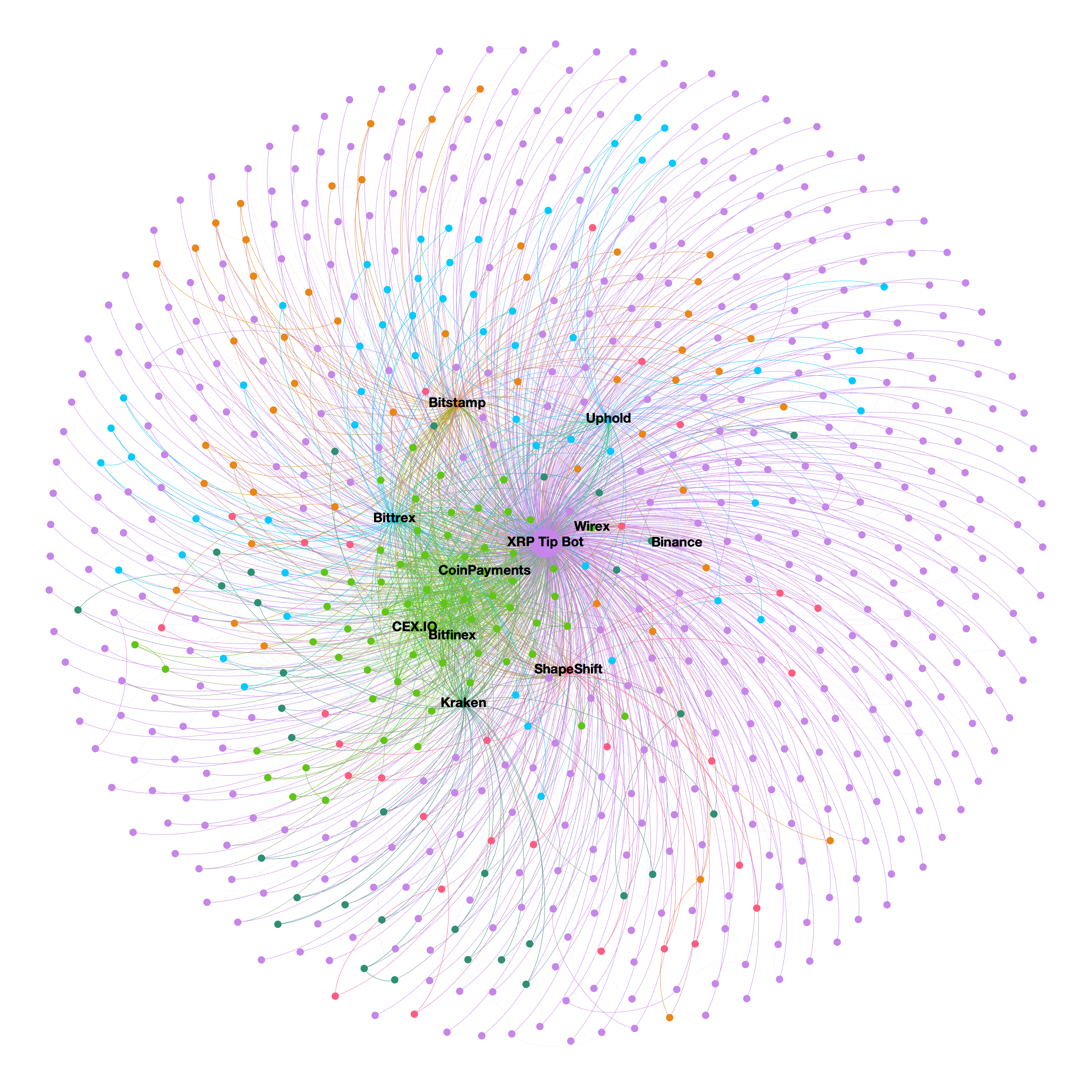 There are almost endless possibilities with the full history available in an accessible form like this. I would love to dig further into the dataset and bring out interesting facts — please leave your ideas and remarks in the comments. 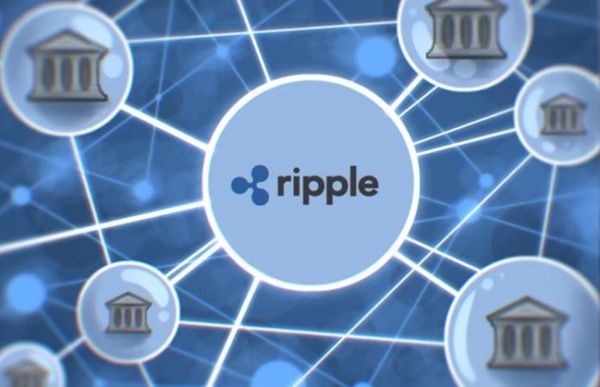 “If a tree falls in the forest and no one is around to hear it, does it make a sound?” is a philosophical thought experiment that to a certain extent 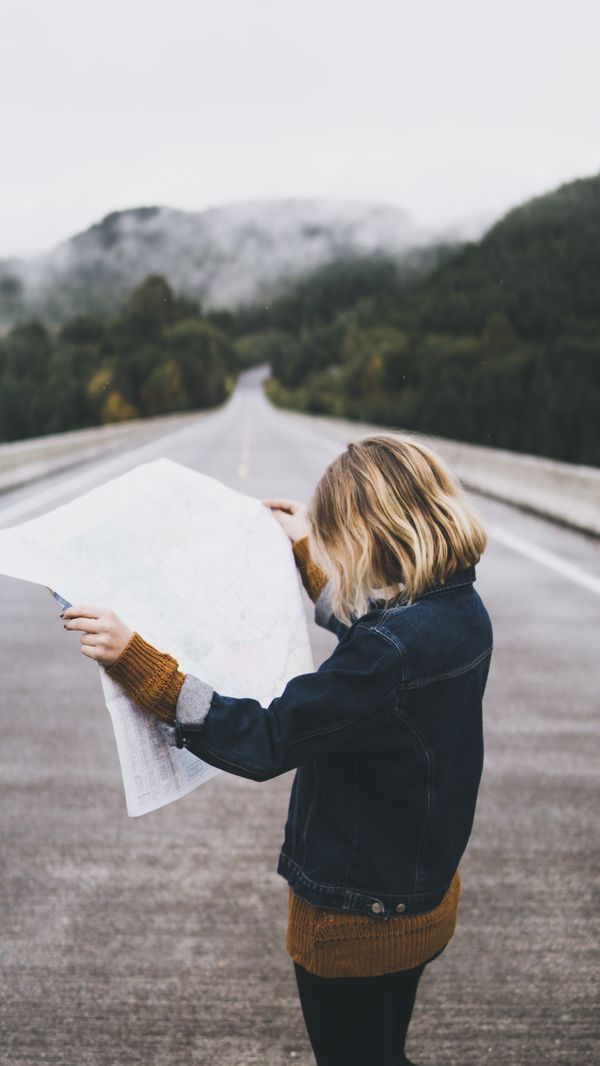 Navigating chaos means taking decisive action, sometimes with limited knowledge.  Each of us has developed our own techniques for finding our way through unknown territory.   Proficiency comes with experience. To