“In terms of power and influence, you can forget the church, forget politics. There is no more powerful institution in society than business, which is why I believe it is now more important than ever for business to assume a moral leadership. The business of business should not be about money, it should be about responsibility. It should be about public good, not private greed."

This is a quote taken from the late Dame Anita Lucia Roddick, a British Businesswoman, human rights activist and environmental campaigner, who founded the Bodyshop and Children on the Edge back in 1990 after witnessing the appalling conditions of Romanian orphanages.

Anita was an entrepreneur, by the 1990’s she was the fourth richest woman in the United Kingdom, she founded The Body Shop in Brighton back in 1976 which for historical purposes was one year earlier than when SWIFT went live with its first messaging service!

In 1976 the beauty industry conducted most product testing in laboratories using animals, where products were industrially concocted and sold through chemists or those pretentiously awful department stores.

Anita Roddick instead focussed on creating a cosmetics company which didn’t test on animals. The products they sold were sourced fairly way before the fair-trade movement, the packaging was anti waste, non-synthetic and in fact customers were even encouraged to return with plain bottles which could be refilled and reused. 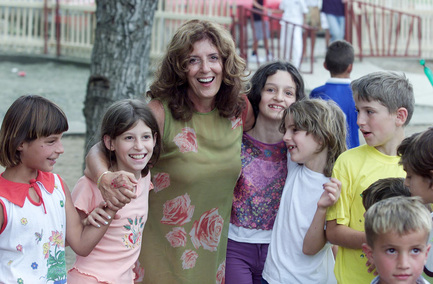 Reading Anita’s words from the quote at the top of the page and realising what she was trying to achieve draws huge comparisons between what Ripple are achieving themselves at this present moment in time. Anita was a disruptor and was way ahead of her time. Just as The Body Shop brought positive change to the beauty industry, I believe that socially good technology such as XRP and the ILP will achieve positive and lifechanging disruptions to billions of people around the world who are in desperate need of an affordable and inclusive financial system and payments industry.

Ripple are most definitely focussing on Corporate Social Responsibly in a big way, if only the rest of the digital asset world would take their blinkers off and allow themselves to think like Anita Roddick they may just get the significance of XRP and how Ripple as a company and as a powerful institution is leading the way to become one of the most socially responsible companies in our lifetimes.

Last week I visited the Children on the Edge offices where I was kindly given some time to present to Eloise, The Fundraising Manager and also the Fundraising Officer, Kerry. During the presentation I explained about how I choose Children on the Edge from a long list of charities on the Brighton Marathon website because of my own personal experiences of traveling to some of the poorest countries in Asia and Africa and how their projects had conjured up memories of things I had also seen and experienced first-hand.

The presentation covered an introduction into the Good Souls Group and our different charities that we are supporting. I gave an overview of Ripple and their Ripple for good initiatives, XRP and all its potential use cases, and some of the companies using XRP, Sendfriend, Coil and Omni. Coil especially went down well, and I’d love to get the Children on the Edge site Coil enabled, hopefully that’s something that we can work on in the coming months. 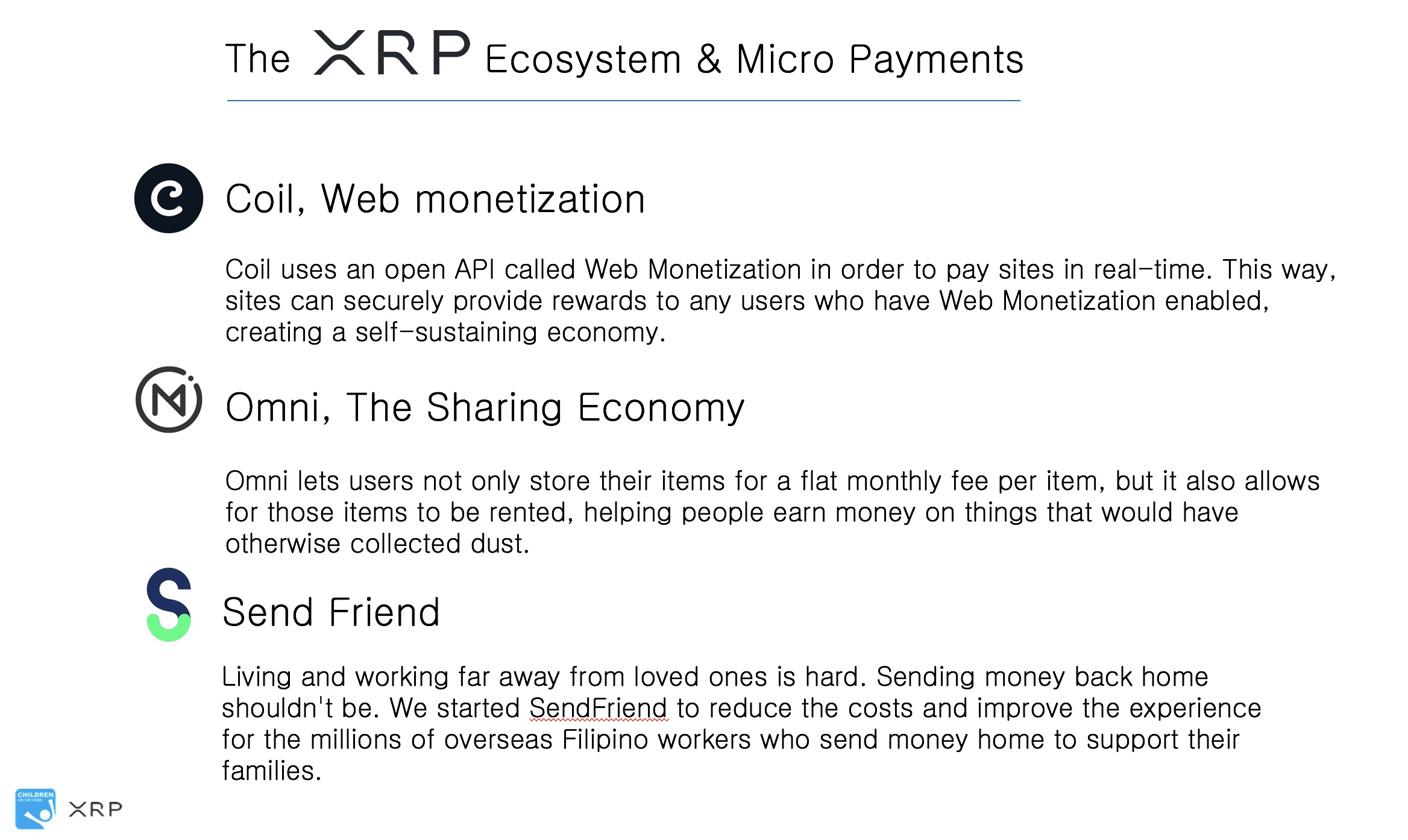 Something that stood out to me during the presentation was a comment made by Eloise about why they had decided to fundraise through XRP. “It is in our nature and our DNA to be entrepreneurial, when you told me about XRP we knew it could potentially be a risk but we believe it is a risk worth taking, we are able to help thousands of children living on the edge of their societies by living on the edge ourselves, by being the first into areas where no other agencies have stepped and we believe XRP is another example of this.”

I’ve said a number of times how forward thinking and brave it was that COTE had given me the go ahead to starting fundraising for them, and I am confident that the XRP community and XRP as an asset will fulfil all their expectations.

“We all need money to live, it goes wrong when we live for money, unless we’re making money to make this a better world.” Jane Goodall

Children on the Edge have a number of outstanding projects but one that I am in love with personally is their small business loans. One of the recipients of these loans is Irene a 60-year-old grandmother responsible for three orphaned children. Irene used to live alone after her two children grew up and left to start their own families, tragically her son, where her main financial support came from died and Irene took on his children, without the children’s mother around either she now had the responsibility of both looking after the children and providing them with financial support. 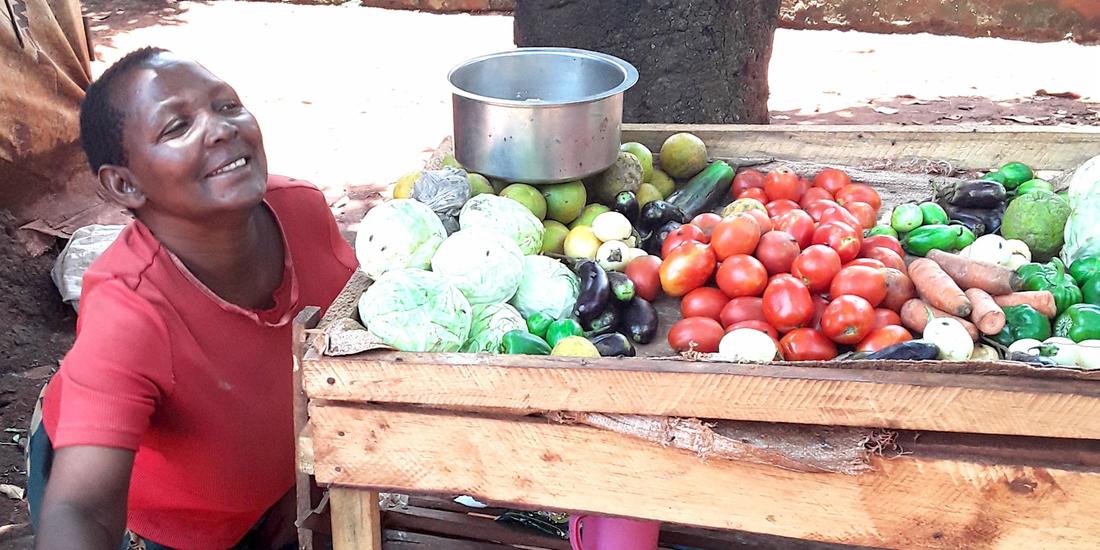 Irene had always dreamt about starting her own vegetable stool but due to a lack of capital it never became a reality. During her crisis she spoke with Joyce who had started her own business through the Children on the Edge education loan programme. Joyce introduced Irene to the local child protection team who in turn introduced Joyce to the loans officer. After an assessment Joyce was given a loan of 200,000 Ugandan Shillings ($50 USD) which she used to start her vegetable stool beside her house.

Edwin Wanabe, Programme Director for Children on the Edge Africa said “Irene’s business is doing well. It is from this that she is able to provide for her grandchildren’s basic needs and education. She is very grateful for the great support given to her. She often expresses her joy by telling our loan’s officer how she has hope that, through the business, her grandchildren have a provider, who has stepped into their father’s shoes since he’s gone”. 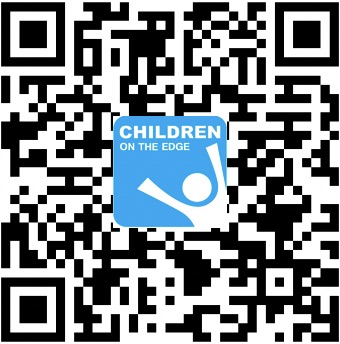 To receive the loan, a prospective business owner will make a business plan and write an application with support from the CPT (Child Protection Teams). They are given a timeframe within which to pay it back, by which time they have a thriving business, a child in school and a good knowledge of how to manage their own finances.

Education loans are small business loans given via the CPTs to the most vulnerable households, enabling them to create a source of income which covers the costs of providing for their children and sending them to school.

Repaid loans are then available to be passed on to someone else in need. With recipients paying a little interest, the loan pot can gradually grow, in order to help an increasing number of households. The repayment of the loan with a little interest also teaches business and budgeting skills, rather than dependency, and makes the fund itself sustainable.

In a fantastic talk about inequality at Davos in 2019 one of the panellists Jane Goodall, speaks briefly about micro loans and the power that they can have to transform people’s lives. She says “Rather than handing out money to poor people you loan them money and they pay you back, and they’re proud, it’s theirs! They’re empowered to go out and make a difference, it encourages others to also rise out of poverty by their own effort.

I love this initiative and it’s something I believe XRP could help with in the future also. It’s not hard to imagine a micro loan company created on the back of XRP. In a similar vein as Nexo I can foresee without any doubt in my mind instant backed XRP micro loans for those in need especially alongside the Good Souls Group and our many projects.

One other project which caught my attention during my visit was the work that Children on the Edge are doing for the Kachin community an ethnic minority group also from Myanmar. While we are all familiar with the Rohingya crisis in the South of the country not as many are aware of the Kachin who are in the rural north in Myanmar. The Kachin people are being forced out of their country by government soldiers in Myanmar and are ending up as internally displaced living between the border of Myanmar and China who refuse entry to them.

Hundreds of children are in these refugee camps high in the mountains between the two borders. With freezing conditions and very little access to aid Children on the Edge remain the only organisation providing ongoing support to these remote camps.

It is projects like these where Children on the Edge really come into their own. Due to their entrepreneurial spirit they attempt to find ways to reach those in need where other agencies can’t and due to their compact size and experience which was fantastic to hear about first hand.

Children on the Edge have a multitude of fantastic projects and I’d encourage you all to take a closer look at them on the what we do section of their website. 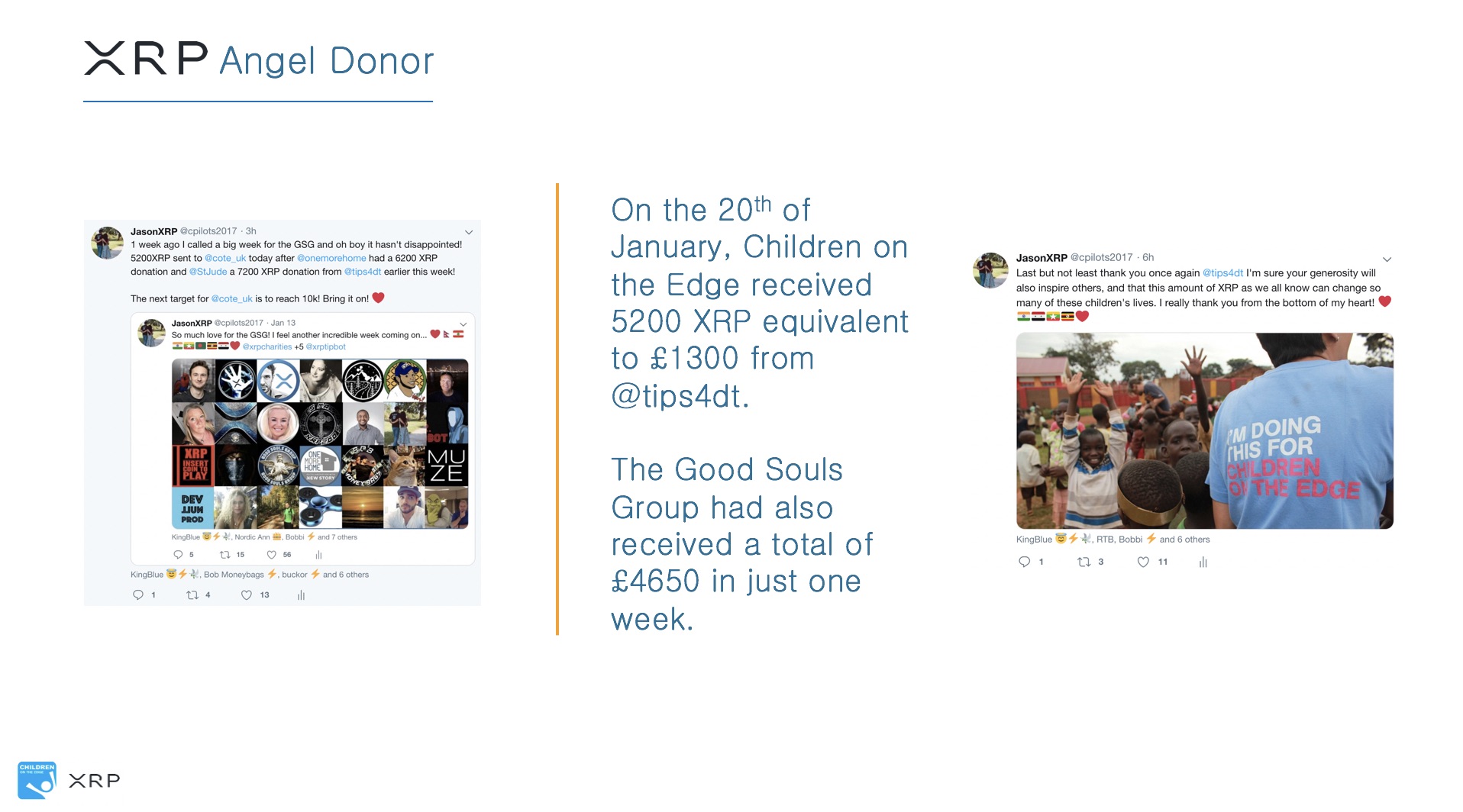 So how is the fundraising going so far? Well, in January the XRP community managed to raise an astounding 6700 XRP, we had started the month at around 100 XRP which is quite incredible and something which I hadn’t anticipated happening so quickly. I am now myself up to £379 on Just Giving so only £171 to reach my target of £550 set by Children of the Edge before the Marathon which I run in on the 14th of April.

So, what is the next target? There are two in the works, the first unfortunately is under wraps for now, I am hoping to let you all know towards the end of February or the Middle of March. All I can give you for now is that it is something which will create ripples for both Children on the Edge and the Good Souls Group ;) I can't wait to give you the news!!

The second plan falls on the back of the Marathon I am running and some future targets for us all to achieve. The first of these targets is to run alongside me in a metaphorical 10km race. So far, we are on the cusp of hitting the 7K XRP mark so the idea is to join me in a race to get us to the 10KM mark of a marathon meaning 10K XRP. I want to aim to reach 10K XRP by the end of February, can we do it? 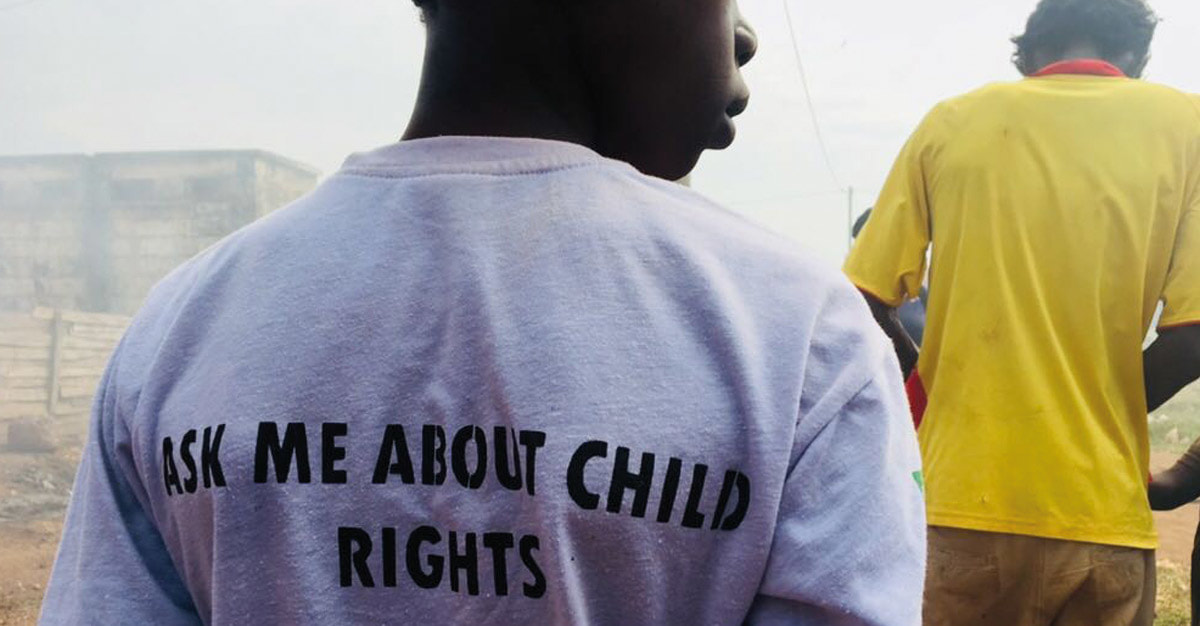 I feel very privileged to be able to help Children on the Edge and after visiting them last week it has made me even more drawn to their cause.

It’s great to now see a continuous flow of XRP coming in daily from the charity splitter set up by @xelleoffreya, I really do love this feature!

I am hoping that as the pool of XRP that Children on the Edge owns grows that over the next year we also see an increase in the price of XRP. To think of XRP reaching it's all time high and the difference this could make to Children on the Edge and their projects would be a dream scenario for everyone involved.

Whatever Children on the Edge decide to do with their XRP, they can be rest assured that the Good Souls Group and the XRP Community have their best interests at heart and I will personally move mountains to see them succeed in their goals.

I'll leave you with the last slide of the presentation and something to ponder. 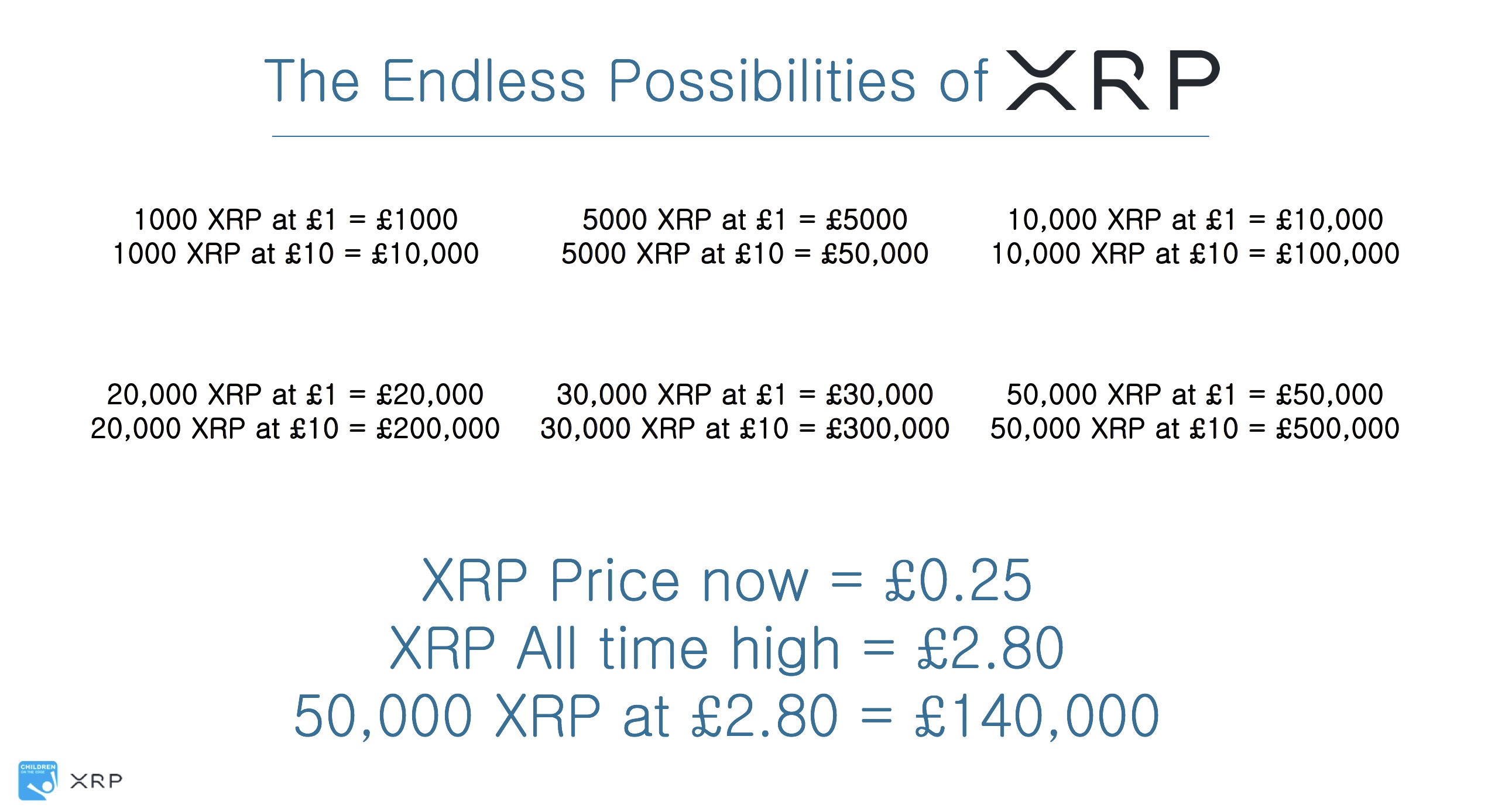 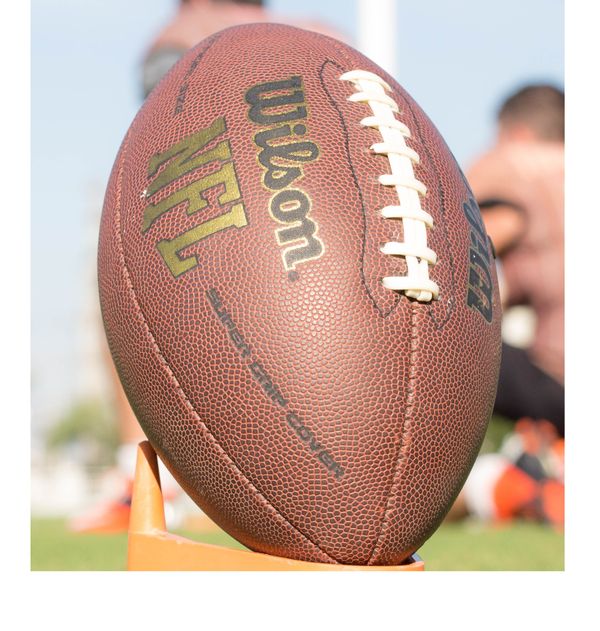 You may be thinking:  How is that even a sporting competition? Without trying to justify whether it's a 'fair game' to compare XRP's Consensus algorithm with Proof-of-Work, you may agree 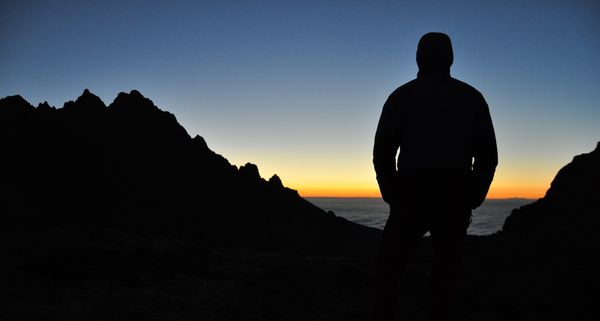 A comment on social media recently got under my skin.   Like a sharp burr caught in a sock, it demanded attention with its raw, poking irritation.   Here's what happened:   On