Over the last few months I have seen a lot of 'hate' towards Ripple as they are "helping banks" where banks should be "destroyed by crypto". I don't know what the background is of the people that are saying this and how financially independent they are, but when I look around in my life most people are enjoying theirs thanks to banks that allowed them to buy a house with a mortgage, started a business with a business loan, managed to get a personal loan to enable dreams - where will these services go after you "destroyed" banks? Will we be able to write a letter to a crypto-whale, asking him if we could borrow something? Perhaps a smart contract? How much information would the other side then need of me to know I wouldn't fail to meet my end of the deal? What leverage do I need to put in to get anywhere? And why would I trust an anonymous source over a bank? Where would all the power flow into? Aren't we just creating a new system where the same power will be given to the same kind of entities, just with a different name? Currently most power is held by exchanges - the gateways of crypto - who are currently being 'bottlenecked' by banks and regulations, if we would create a path for them to be able to unleash the full power they would then possess, who can guarantee that these exchanges will not abuse their power and corrupt? Why do people think replacing a problem by shifting it's power to another entity would solve it? My opinion is that if you want to disrupt the system, you disrupt it from within the current system. If you can remove power and decentralize payments by improving the entire structure you would have more chance of solving the problem than just throwing it over the fence and let your kids deal with the disruption you caused when you are gone. We have a responsibility and we have to be realistic about it.

If you have spend some time in crypto, you have often heard the term 'whale'. When I first discovered whale-type behaviour on coins I was invested in I was fascinated by it. What is a whale? Well, once a person can determine the price of the market because they have a large supply of it, they are called whales. Being a whale is not always something that you should favor - you will find out when you become a whale yourself. The biggest whales often have issues with having enough volume on the market for them to make a move. I find it funny to see how people expect a whale to have a certain power to move the price up while in fact their power is actually to only bring the price down. They try to pump the price up hoping they would be able to generate enough volume that way on buy orders so they can offset their supply to it to a certain low point. For god knows what reason people in crypto somehow mixed up being rich in crypto with assuming that these whales are experts and groundbreaking intelligence. As they somehow managed to create a large amount of followers, sometimes simply bought, people might be tricked into thinking that these people are favored for their expert opinions, they got the power to manipulate the market by making statements before they sell and after they are out. For example, a whale saying how awesome a certain coin is and how much he loves it could mean that this whale is trying to get other people interested in buying the coin and while the volume and demand increases, he can safely drop his bags for a higher price. Once he is out of coins, he can release a statement where he felt he was wrong and that the crypto he still pretends to be holding is actually not that good and no longer has his support. While the followers of the whale - that see this person as an expert - assume that he is making these statements because he is going to sell his bags, they will sell the coin in fear that the whale will drop the price. Meanwhile the same whale is waiting at the bottom with his fiat and is able to buy back the coins he sold earlier for a lower price. This way he regains control of the market while saving himself a nice extra amount of fiat. After this wave, the whale can release a new statement claiming he was hacked or claiming that he was wrong about his statement, apologizes and the people will again start buying the coin and thanking him for showing his support for the project, without having a clue that he just ripped off a large majority of the investors that were forced to hold their bags of coins they bought from him. Banks and institutional money can disrupt this behaviour, so it is understandable that these whales are against further progress of the market or expanding it as they will no longer be able to safely make these plays as they can always be 'eaten' by bigger whales and lose their control over coins in general.

When I see twitter discussions about how bad banks are in the world I often see people using the same kind of reasoning when they want to explain why they hate banks. Apparently banks have - despite also doing good in the world, done some bad things. Comes with the territory of having a certain amount of power, where the mistakes they made were created by the thrive of human behaviour: pride, lust, greed, envy - as we wanted loans, we wanted to spend money we couldn't spend, we wanted to show off to others. They should have protected us, but they didn't - and that is correct, they should have, but all of these things would not change if you would get rid of banks. You would still have the same thirst for riches, power, things that could be enabled by banks, but all that will happen is that this will be embodied in a new format, unknown yet, and it will take advantage of us. Look at bitconnect, fraudulent ICO's, scammers, it's a minefield out there regardless of whether you would be able to point towards banks or not. Evil exists in the world. It is up to you to make good decisions financially.

The power of exchanges

Even without the dominance of banks in crypto, the battle for power has already been taking place and is conducted between exchanges. Exchanges that have revenues generated from crypto transfers and trading fee's are bulking in bags of crypto and sometimes have accumulated too much of it where they are unable to offset it against daily volume, weekly volume or even monthly volume. This gives exchanges the ability to manipulate the prices of coins. I have seen exchanges that ask for very high transfer fee's to generate a large portion themselves for free that they can sell later on to make a profit. I have seen exchanges dumping their cold-wallet filled with revenue they acquired from trading fee's that they try to exchange for fiat, a necessity as they would else become too big. They hold the power to list coins, de-list coins, freeze assets, freeze accounts, and most of the time have a lacking customer support where it takes days to get a normal reaction when your money accidentally gets misplaced and you have to wait more days while the cryptomarket moves on without you. With the power of banks, exchanges no longer rely on having to dump their accumulated holdings by trading fee's and transfer fee's on the market but could trade it with banks without influencing the market when they are in the need of money for expanding. The whole bear market of the last 6 months could have been caused by Bittrex selling their coldwallet for USD in order to be able to offer USD pairing and getting a license to hold and trade in USD on their website - the lack of transparency stops me from making any accusations towards them. Some exchanges are just run by crypto enthusiasts that started off their exchange website on the server they had running in their basement. With the growth of crypto, these individuals have become important assets to the cryptoworld, but how good is their knowledge about the global economy, legal, finance and regulations? How would they respond in certain situations, do they take the security seriously enough? Do they spend enough money hiring developers to make sure everything is up and running perfectly to avoid thefts to happen? How is their customer support? Why would we trust exchanges that are run by anonymous people over banks that have an established relationship with governments, central banks, customers, businesses, countries and have plenty of funds to be able to help out in case of something bad happens? You are less likely to become the ultimate victim of a security flaw when it happens to a bank than if a hack would happen to an exchange or wallet.

Having banks stepping into the crypto ecosystem would be great in my opinion, if banks are allowed to hold and trade crypto more easily, so will other companies and institutions. The crypto you hold will have more value as it is seen as a more respected asset. It would enable faster purchases of crypto, faster trading, better security as with the involvement of banks there will be less room for scammers to move around. Also with banks being involved the volatility will probably go down as with the amounts they would bring into the market they will have different trading patterns as the retail market has. This would also mean that banks could be more involved in stopping false news from spreading as they will have the resources to investigate certain claims instead of copying them because some people are not capable to understand certain sides of the business but feel like they have to comment about everything thanks to social media. With banks involved, more non-crypto people might take a chance of stepping in as they were waiting for a banks approval for it. Needless to say it would open up an entire can of new investors, people, specialists, with a higher chance that these people will bring in more knowledge than our current 'experts' who are just mostly trying to shill their bags to the public hoping to gain more profit by naming coins.

Ripple is providing a good chance for banks to be more involved in the crypto ecosystem by encouraging governments and central banks to make certain changes in regulations that would fully enable the usage of XRP for the remittance industry. This could ultimately lead to changes that would allow banks to hold crypto. For me, this is the start of the next phase of mass adoption by institutional money and to be honest I can't wait for this to happen. 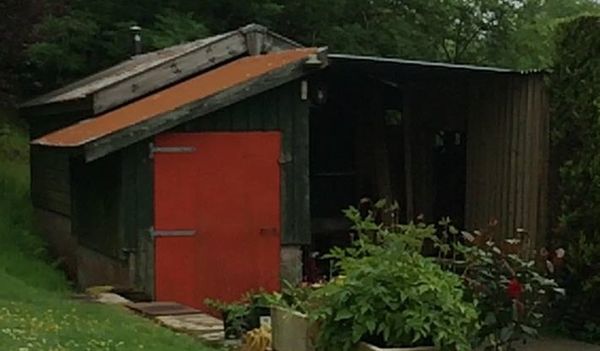 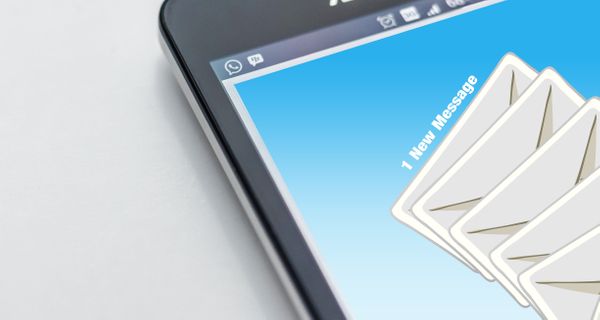 What else is instant and quick as an XRP transaction? An Email that is! I love being able to make an XRP payment and having it confirmed in 3 seconds.